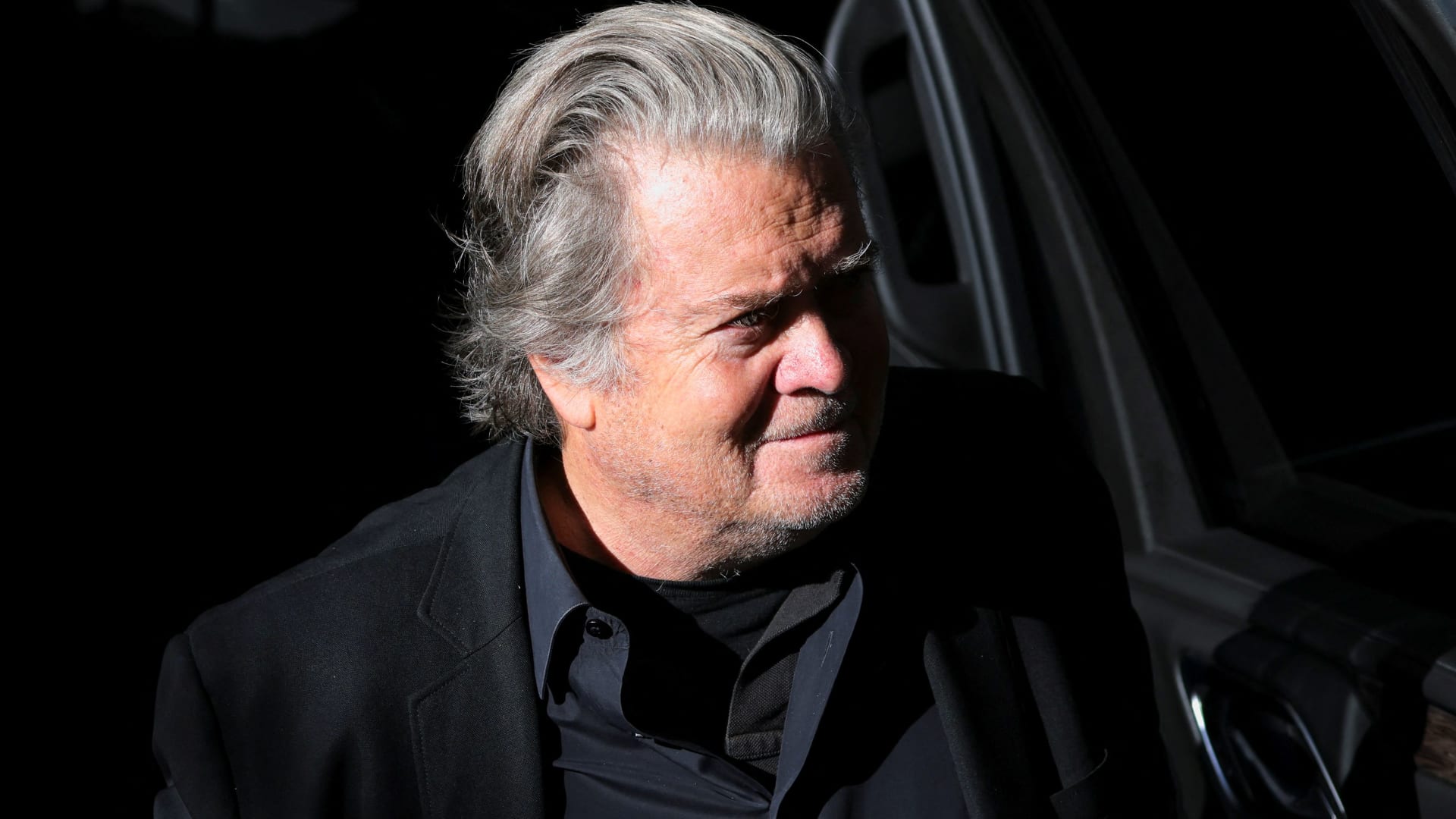 The new indictment in Manhattan comes more than two years after Bannon was arrested on federal charges that he and three other men defrauded donors who gave millions of dollars to fund the “We Build the Wall” campaign.

That case against him ended when former President Donald Trump pardoned the 68-year-old Bannon on his last night before leaving office in January 2021.

Bannon was one of dozens of people to receive a pardon or receive a commutation of a criminal sentence by Trump in his last weeks in office.

Presidential pardons only apply to federal crimes, and do not protect people from prosecution on state charges.

The Manhattan District Attorney’s Office, which will prosecute the case, since that pardon was issued has reportedly been investigating Bannon for possible violations of New York state criminal laws in connection with “We Build the Wall.”

The D.A.’s office has scheduled a press conference for 1 p.m. ET to discuss the indictment against Bannon.

Bannon in July was convicted in U.S. District Court of Washington, D.C., of two counts of contempt of Congress. That case stemmed from his refusal to testify before the select House committee investigating the Jan. 6 Capitol riot by Trump supporters.

Earlier this week, Bannon told NBC News that New York “has now decided to pursue phony charges against me 60 days before the midterm election.”

“This is nothing more than a partisan political weaponization of the criminal justice system,” he said.