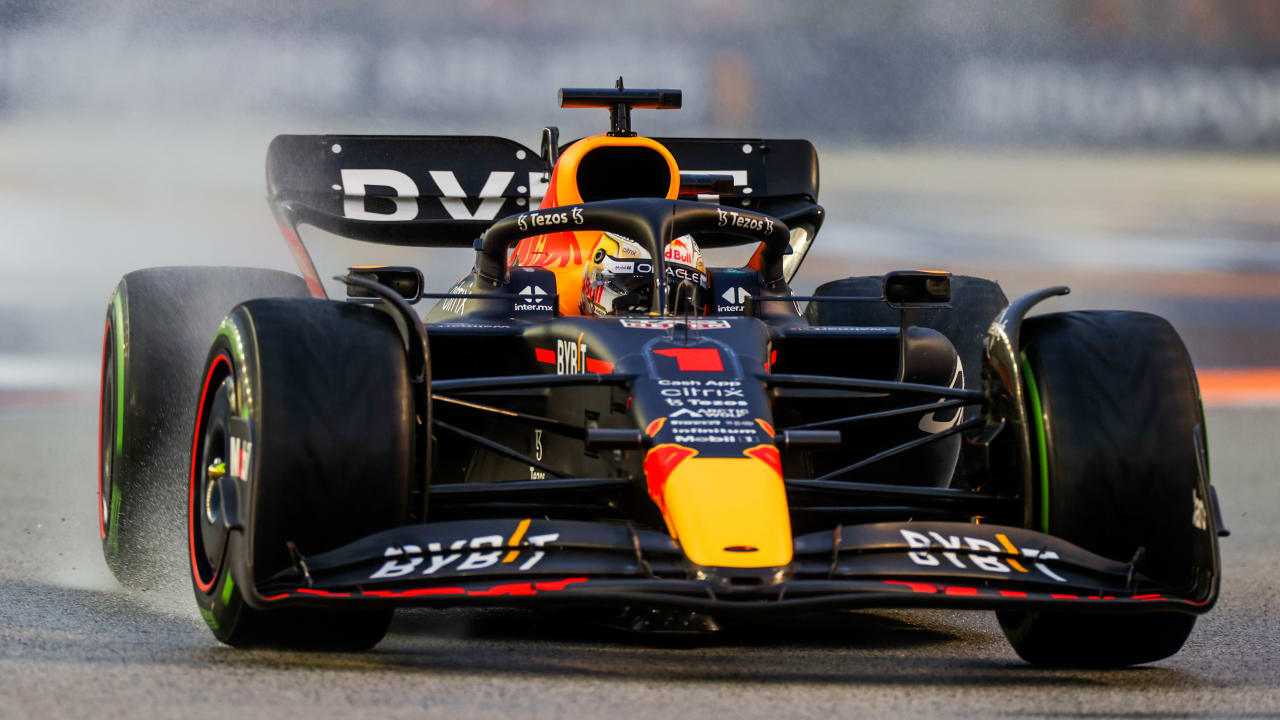 Of: Michel Milewski and Silja Rulle (currently in Singapore)

The title decision is adjourned!

Max Verstappen (25) only finished seventh at the Singapore Grand Prix – through his own fault. The Red Bull driver, who only started from eighth place after a team error in qualifying, misjudges Lando Norris (22) when trying to overtake on lap 39 and has to take the emergency exit. Instead of getting fifth place, he is washed to the end of the field. Because: The Dutchman even has to go into the pits afterwards because his set of tires is gone after the manoeuvre.

Verstappen missed the first chance to make his second world championship perfect. For Red Bull there is still reason to celebrate: Verstappen colleague Sergio Perez (32) wins the race and thus secures valuable points in the duel with Ferrari’s Charles Leclerc (24) in the duel for second place in the drivers’ championship.

But the race is not shaped by the world championship fight, but by a crazy breakdown festival! With Nicholas Latifi (27), Alexander Albon (26/both Williams), Zhou Guanyu (23/Alfa Romeo), Yuki Tsunoda (22/Alpha Tauri) and the two Alpines of Fernando Alonso (41) and Esteban Ocon (26) divorced equal to six cars. While the engines of the latter two burst, the other pilots flew off the wet track.

And the Germans? Sebastian Vettel (35), driving a strong last race in his “living room” (five wins in Singapore), is racing into the points! The man from Heppenheim crossed the finish line in eighth place with his Aston Martin. A (positive) surprise for the four-time world champion!

Things are not going well for the second German, Mick Schumacher (23). Although the Haas driver was briefly in the points halfway through the race, a collision with Mercedes driver George Russell (24) promptly ended his dreams of the third Grand Prix of his Formula 1 career with points. In the end, Schumi jr. 13.

Curious: The race wasn’t even finished! Because there were several safety cars and virtual safety cars due to various accidents, a time limit took effect. The Grand Prix ended after two hours – only 59 of the actual 60 laps were completed.