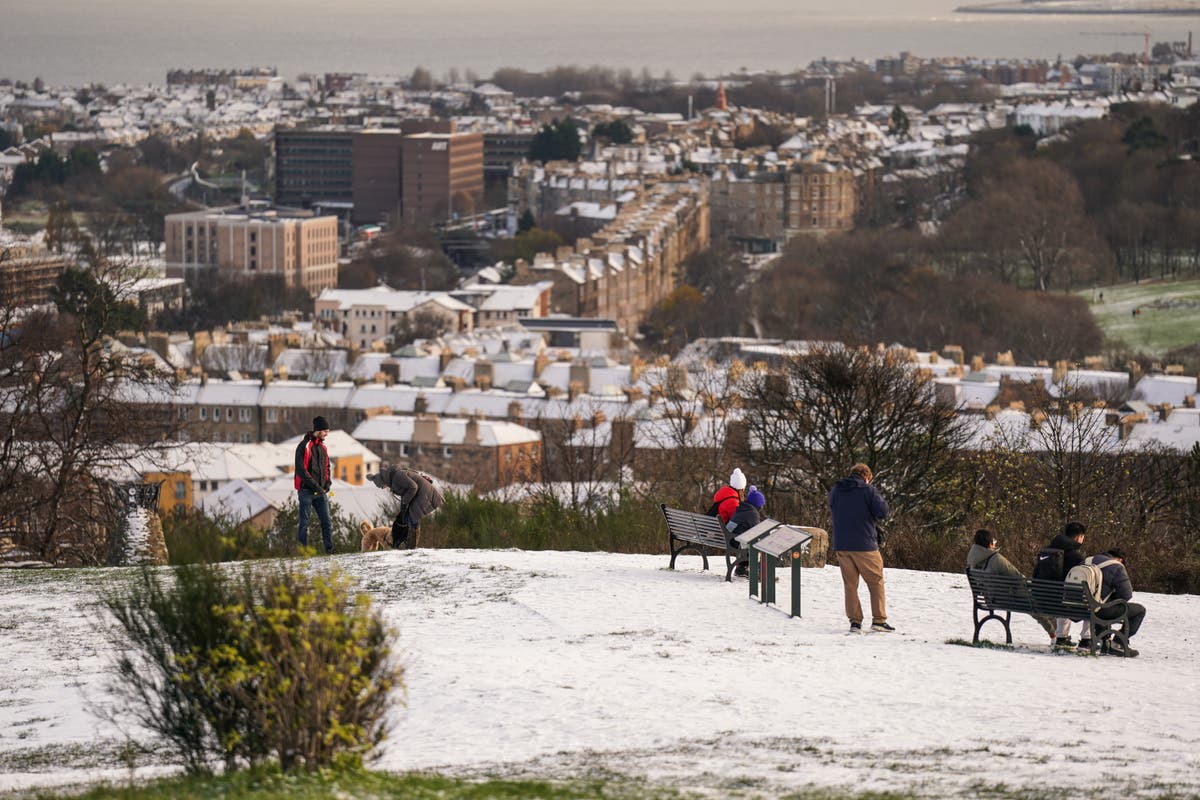 Snow and ice warnings will cover Britain until Sunday, as four people were killed in road collisions during a cold snap that has seen temperatures plummet across the country.

A deadly crash claimed two lives in Cornwall, while a three-car pile-up killed one in East Kilbride and a cyclist died after colliding with a car in Surrey.

The Met Office extended its yellow weather warnings for a further three days as the freezing weather threatened further hazards.

Forecasters warned motorists that wintry showers will create hazardous, icy patches on some roads over the coming days during the cold snap.

Temperatures were forecast to drop to minus 10C in rural parts overnight on Thursday, while the bulk of the country was set to wake up to 0C or below.

Highs of 4C are expected in some parts on Friday but most areas will see temperatures peak at 2C or 3C before dropping back below zero in the evening.

Icy, snowy and sub-zero conditions brought by a blast of Arctic wind are expected to last at least one week.

The sustained freezing period has triggered £25 cold weather payments for people on the lowest incomes in hundreds of postcode districts.

Eligible households receive the money after the average temperature has been recorded as, or is forecast to be, 0C or below over seven consecutive days in their area.

Cold weather payments have been triggered in areas across the North West, including in Rochdale, Greater Manchester, in parts of the southwest, such as near Exeter, and in Nottingham in the East Midlands, among others.

Parts of Powys in east-central Wales, Oxfordshire and Herefordshire, also have affected postcodes.

Health authorities have put out their own warning over dangerous conditions. The UK Health Security Agency (UKHSA) has issued a Level 3 cold weather alert covering England until Monday.

People are advised to keep the main room in their homes heated to at least 18C where possible, with drivers warned to check their cars and carry provisions in case of a breakdown.

The Met Office said some disruption is likely, with icy patches on untreated roads, pavements and cycle paths likely to cause disruption. Some injuries from slips and falls on icy surfaces are also likely.

The public is urged to take extra care when driving or walking and to consider not cycling in icy areas.

Thursday saw Scotland’s first snowfall of the year, closing several schools in the north of the country.

Conditions in Aberdeenshire gave rise to the phenomenon of thundersnow, which occurs when thunderstorms form in wintry conditions and sometimes gives rise to heavy snow downpours.

The Met Office confirmed there had been 5cm of snow in Aboyne, Aberdeenshire, and at Althnaharra in the Highlands, along with 3cm at Dyce, near Aberdeen.

Met Office chief meteorologist Steve Willington warned there is an “increasing risk of snow as the week progresses”.

Mr Willington said: “As an Arctic, maritime airmass settles across the UK, temperatures will fall with widespread overnight frosts, severe in places, and daytime temperatures only a few degrees above freezing.

“However, the cold air from the Arctic will also bring brighter conditions, with some dry, sunny spells, particularly away from the coast and where winds are light it could feel pleasant in the sunshine. Some patchy freezing fog is also likely.”