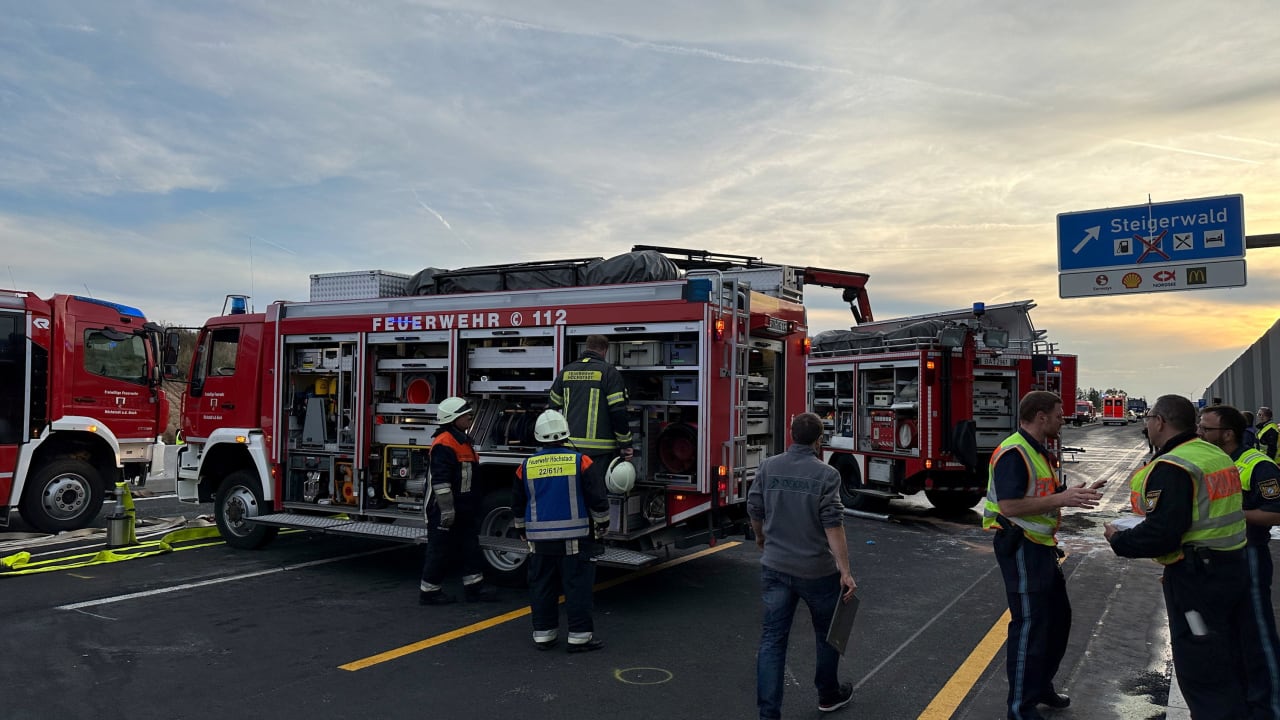 Two dead in crash on A3

key field – Horror accident on the A3! Two people died when two trucks collided in Middle Franconia on Friday.

︎ A truck with a mobile home broke through the middle barrier at a construction site and then collided with an oncoming semitrailer, a police spokesman said in the evening.

A car was also involved in the accident between Höchstadt Nord and Schlüsselfeld in the direction of Würzburg. Two people were reportedly seriously injured.

The A3 has been closed. According to the ADAC, a four-kilometer traffic jam formed in the evening, and there were also several kilometers of traffic jams in the opposite direction.

The cause of the accident was still unclear in the evening, as was the extent of the damage.