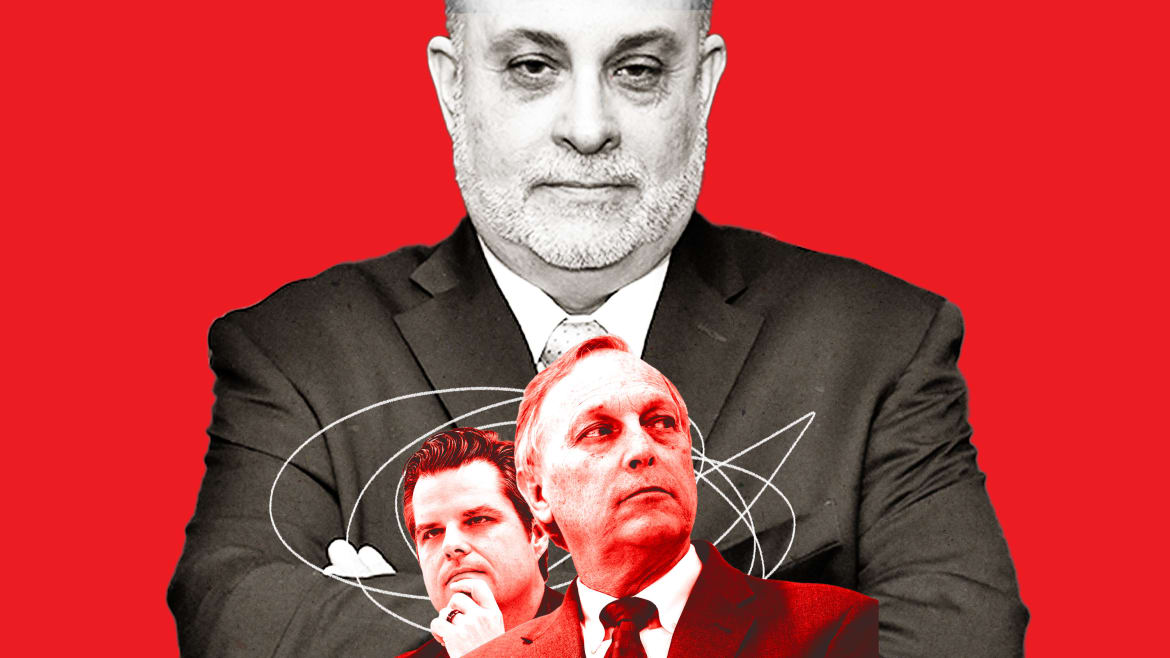 A skirmish between shouty Fox News host Mark Levin and several conservative congressmen who’ve stood in the way of Rep. Kevin McCarthy’s House speakership has turned into an all-out war.

Late Tuesday afternoon, far-right Rep. Andy Biggs, one of the five members who took an insult-laden verbal lashing from Levin last week, fired back at the right-wing talk radio host with equal ferocity.

“Levin is the biggest fraud in politics right now. For years, this guy castigated McCarthy publicly (with no shame). Now, he is all in for him and wants his audience to turn a blind eye,” Biggs declared on Twitter. “Total fraud.”

Got a tip? Send it to The Daily Beast here