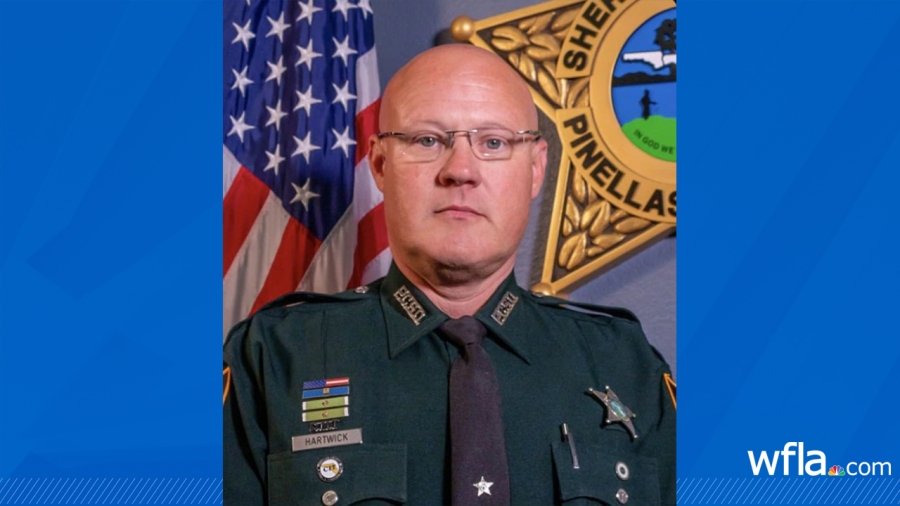 Deputy Michael Hartwick died on Thursday, Sept. 22 after a construction worker ran into him with a forklift in the area of Interstate 275 and Roosevelt Boulevard.

Sheriff Bob Gualtieri said Hartwick was a 51-year-old father. He was in a construction zone, working a traffic detail when he was struck by a front-end loader with a forklift.

The sheriff said the front-end loader was traveling about 20 mph. Hartwick died instantly.

Hartwick’s funeral will be held on Monday at the Idlewild Baptist Church.

Deputies said a motorcade will start at 7:30 a.m. at the intersection of 49th Street North and Roosevelt Boulevard.

The motorcade will then travel north across the Bayside Bridge, east across State Road 60 (Courtney Campbell), north on the Veterans Expressway (State Road 589), and exit onto Dale Mabry Highway. It will continue on Dale Mabry to Exciting Idlewild Boulevard and into the church parking lot.