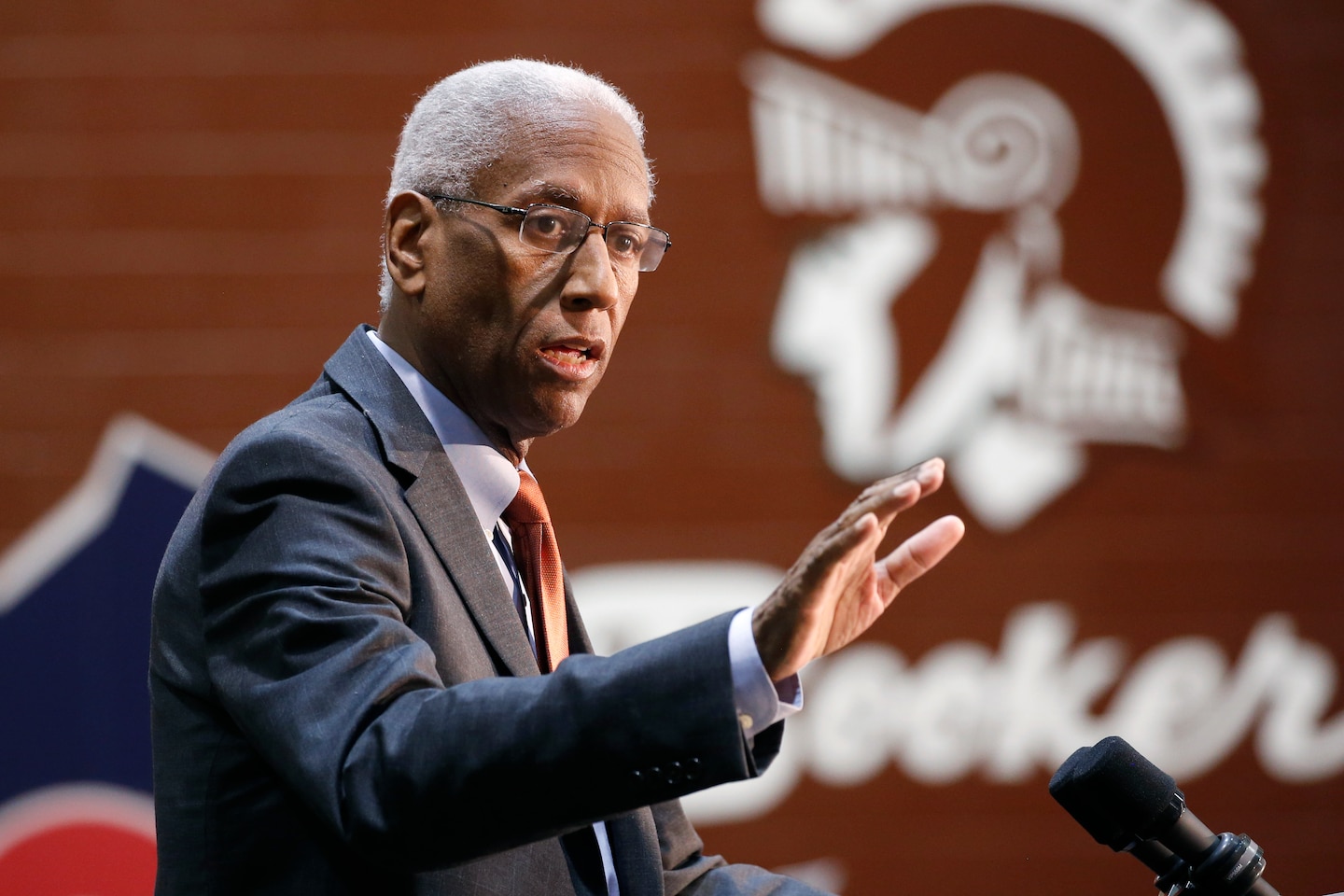 Funeral arrangements for Rep. A. Donald McEachin, who died Monday, have been set for next week, his family and staff announced Wednesday.

The funeral honoring the Virginia Democrat’s life and legacy will take place at 11 a.m. on Dec. 7 at St. Paul’s Baptist Church in Richmond. McEachin, who was 61, had long battled the secondary effects of colorectal cancer treatment, although family and staff have described his death as sudden.

“The family and staff would like to thank everyone for the outpouring of heartfelt wishes and support this week,” they said in a statement Wednesday. “We are all still in shock; it was so unexpected and unanticipated. The family is devastated, having lost their beloved husband, father and grandfather; the staff is mourning their leader; and countless constituents have reached out to say how much they miss their Congressman.”

His family asked that, to honor McEachin’s memory, people consider making donations to Virginia Union University’s Samuel DeWitt Proctor School of Theology, where McEachin received his master of divinity degree in 2008. “Thank you for your sympathy and kindness in this time of sorrow,” McEachin’s wife, Colette McEachin, wrote on Facebook. “We are so deeply grateful.”

Gov. Glenn Youngkin (R) is expected to select a date for a special election to replace McEachin, although he did not give a timeline when asked Tuesday about when he would make that decision, saying now was a time to honor the late congressman.

The Virginia delegation memorialized McEachin on the House floor on Tuesday night, as House Speaker Nancy Pelosi (D-Calif.) led the House in a moment of silence, and on Wednesday Sens. Mark R. Warner (D-Va.) and Tim Kaine (D-Va.) did the same on the Senate floor.

Kaine brought with him a 21-year-old T-shirt that he found while cleaning out his closet over the Thanksgiving weekend: a Warner-Kaine-McEachin relic from their 2001 run on the statewide ticket together. That year, McEachin became the first African American nominee of a major party for Virginia attorney general, though he ultimately lost the race.

Just days after he was reminiscing about their run, Kaine said, “we got the surprising news that Donald had passed away, in his sleep at home in Richmond, and had been found by his wife, Colette.”

Kaine met him when they were in their 20s, when Kaine had just moved to Richmond to take a job at a law firm in 1984 — the same firm McEachin had once worked for, leading their paths to cross in the office.

Throughout their friendship, Kaine celebrated McEachin’s wedding to Colette, who is now the Richmond commonwealth’s attorney, and watched McEachin win “historic verdicts” as a trial lawyer before turning to public service in the 1990s, around the same time Kaine did.

McEachin served in both the Virginia House of Delegates and state Senate. And after he won his congressional race in 2016, it felt like they got the “band” back together, Kaine said, describing how their Warner-Kaine-McEachin ticket was reunited in Congress.

Warner called McEachin a “gentle giant” with an “amazing ability to immediately relate to people.” Describing his legacy, Warner, who had known McEachin since 1989, pointed to his work on environmental justice.

“He was passionate about the linkage between the need for us to clean up our planet, but also to recognize the disadvantage that comes with pollution and abuse oftentimes fell too much on poor communities,” Warner said.

The senators each said they had noticed McEachin struggle and change as he battled cancer — first in 2013 — and its aftereffects in more recent years. He shuffled a bit when he walked. Sometimes he seemed to be doubled over in pain at his desk on the House floor. They saw him “shrink before our eyes” as his weight dropped drastically. But McEachin always said he was on the mend, and before he died was making plans for his upcoming two-year term.

“We have lost a great friend, and I said about Donald he’ll have a successor but he won’t have a replacement,” Kaine said. Fighting tears, Kaine continued: “We got the band back together in 2016, and I look for the day when we’ll get the band … back together again.”