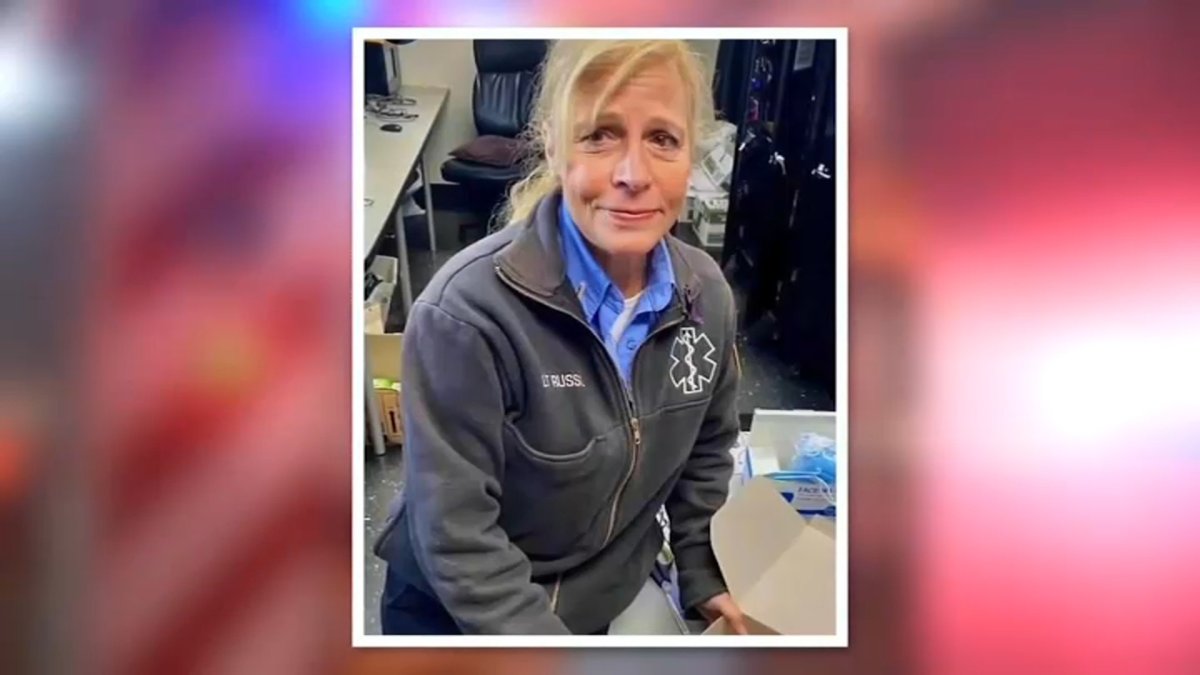 Funeral arrangements have been made for veteran EMS Lieutenant Alison Russo, who was killed in a senseless and gruesome act of violence on a Queens sidewalk.

A service for the 9/11 first responder will be held Wednesday at the Tilles Center for Performing Arts in Brookville, starting at 11 a.m. The ceremony will be streamed live.

There will also be a wake held for Monday and Tuesday at the Commack Abbey Funeral Home. Full details, including timing, can be found here.

A memorial has continued to grow for Russo outside the stationhouse where she worked for 25 years. On Friday, there was also bagpipes and a moment of silence, a somber eloquent tribute to the woman who embodied EMS’ moniker of New York’s Best.

Neighbors left flowers at the corner of 20th Street and Steinway, the scene where Russo was killed in an unprovoked attack.

Tracie Strahan coming to you live from Queens with all the updates you need to know.

Russo leaves behind a daughter, Danielle Fuoco, who spoke to reporters outside of her mom’s home on Long Island.

“Keep my mother in your thoughts, pray for my family, and remember her for the hero that she was,” Fuoco said.

There were also remembrances at the Volunteer Ambulance Squad, where Russo served on her days off. Neighbors said she loved outdoor activities, but talked most about her job with the FDNY EMS.

After a motorcade escort, the FDNY family stood outside of a Commack funeral home to greet the body of the murdered EMS lieutenant.

Russo served with EMS for 25 years — and was among those who raced into the Twin Towers on Sept. 11, 2001, Acting FDNY Commissioner Laura Kavanaugh said. The 61-year-old was “cited multiple times for her bravery and her life-saving work, and she was absolutely beloved on this job,” Kavanaugh added.

“We lost one of our heroes,” Mayor Eric Adams said at a late Thursday press conference after going to the hospital where Russo had been taken. “She was working for this city, and paid the ultimate sacrifice because of that.”

Alison Russo-Elling , 61, was a World Trade Center first responder and 25-year veteran EMS member who was stabbed in a come-from-behind attack by a stranger when she went to get food by her Astoria stationhouse. She is survived by a daughter.

Peter Zisopoulos, the 34-year-old Queens man accused of stabbing Russo more than 20 times, was led out of a police precinct earlier in the day in handcuffs. He didn’t say a word to reporters, and was expected to face a judge on Saturday.

Court officials said that Zisopoulos was taken to a hospital for a mental health evaluation. He has a documented history of schizophrenia, which is how he’s connected to the stationhouse where Russo worked. The last time he was hospitalized, he was transported by members of the very same station. He also lives close-by.

Russo was simply getting a bite to eat just around the corner from her station Thursday afternoon when Zisopoulos came from behind and stabbed her multiple times, including in the neck.

She died of her injuries at a hospital in what the acting head of the FDNY called a “barbaric and unprovoked attack.”

Zisopoulos ran away after the stabbing — but two witnesses knew him, and one of them chased him into his 41st Street building, police said. He barricaded himself in his third-floor apartment for about 90 minutes before he was eventually coaxed out without further incident, police officials said.

He has been charged with murder and weapon possession. Zisopoulos had no criminal history prior to the deadly, brazen mid-afternoon stabbing.