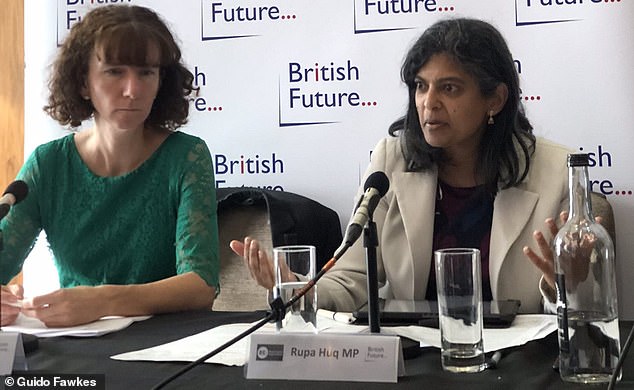 Sir Keir Starmer is facing demands to withdraw the Labour whip from one of his party’s MPs after she described Chancellor Kwasi Kwarteng as ‘superficially’ black.

Rupa Huq, the Ealing Central and Acton MP, was recorded making the ‘vile’ remark at a fringe event at Labour’s conference in Liverpool.

In a recording published by the Guido Fawkes website, Ms Huq is heard saying of Mr Kwarteng: ‘Superficially he is a black man.’

She also claimed people listening to Mr Kwarteng during radio interviews ‘wouldn’t know he is black’.

The fury over Ms Huq’s comments threatened to overshadow Sir Keir’s keynote speech to Labour members in Liverpool, which he delivered this afternoon less than an hour after the row broke out.

In the audio recording of her remarks, Ms Huq is heard commenting on the Chancellor’s school education.

‘He went to Eton, I think, he went to a very expensive prep school – all the way through the top schools in the country,’ she said.

‘If you hear him on the Today programme, you wouldn’t know he is black.’

Rupa Huq is claimed to have made the remarks during an event attended by Anneliese Dodds, Labour’s chair and shadow secretary of state for women and equalities 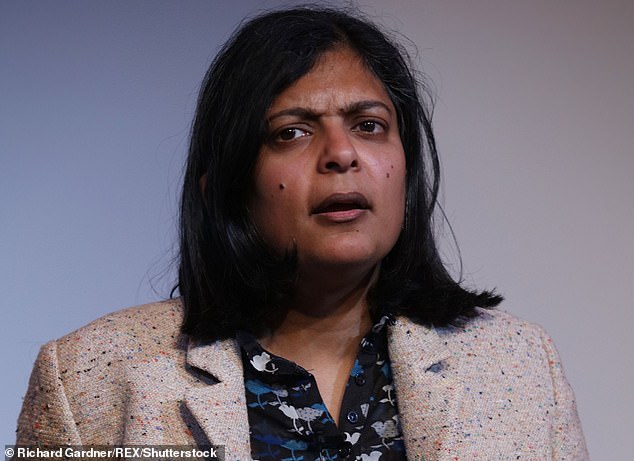 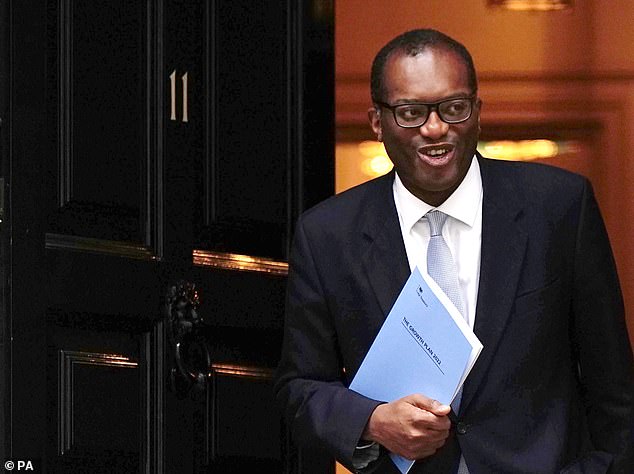 In an audio recording, Ms Huq was also heard claiming those listening to Chancellor Kwasi Kwarteng during radio interviews ‘wouldn’t know he is black’

He posted on Twitter: ‘Keir Starmer must act over Rupa Huq’s digusting comments at #LPC22 about the Chancellor.

‘“Superficially he is a black man” because he’s Conservative is a vile thing to say.’

In a letter to the Labour leader, Mr Berry wrote: ‘I trust you will join me in unequivocally condemning these comments as nothing less than racist and that the Labour whip will be withdrawn from Rupa Huq as a consequence.’

Ms Huq is claimed to have made the remarks during an event attended by Anneliese Dodds, Labour’s chair and shadow secretary of state for women and equalities.

She sat alongside Ms Dodds at the event titled ‘What Next for Labour’s Agenda on Race?’, which was hosted by the British Future think tank and the Black Equity Organisation. 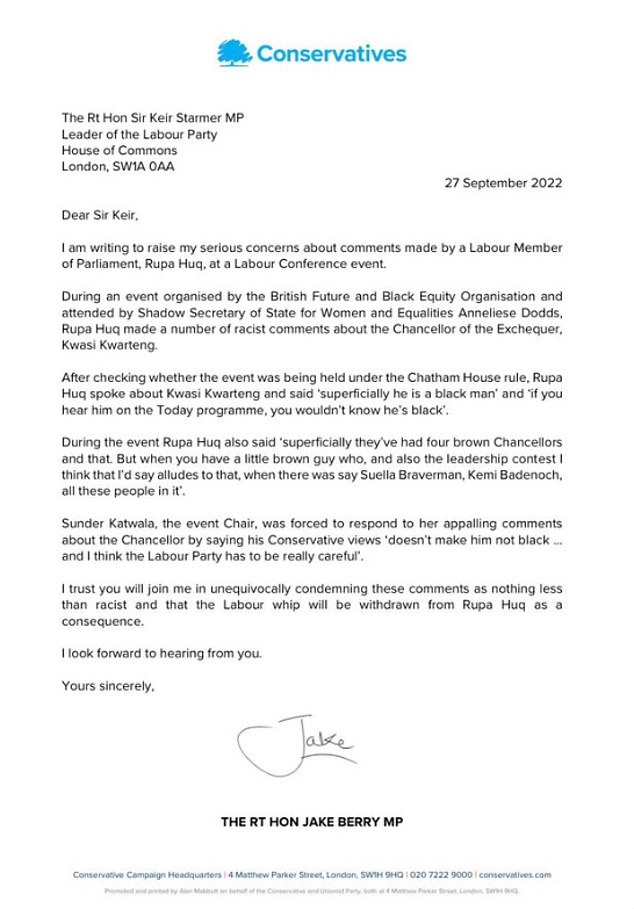 In a letter to Sir Keir Starmer, Tory chairman Jake Berry branded Ms Huq’s comments ‘racist’ and demanded she have the Labour whip withdrawn from her

Sunder Katwala, the director of British Future who chaired the fringe event, was reported to have challenged Ms Huq over her remarks.

He was said to have warned the MP that Mr Kwarteng’s political ideology ‘doesn’t make him not black… and I think the Labour Party has to be really careful’.

‘I think those comments are unfortunate,’ he told the BBC. ‘I wouldn’t have made them myself and, clearly, I hope Rupa apologises and retracts them.’

MailOnline has contacted both Ms Huq and the Labour Party for comment.

Us Picks! Our Absolute Favorite Gifts for Women