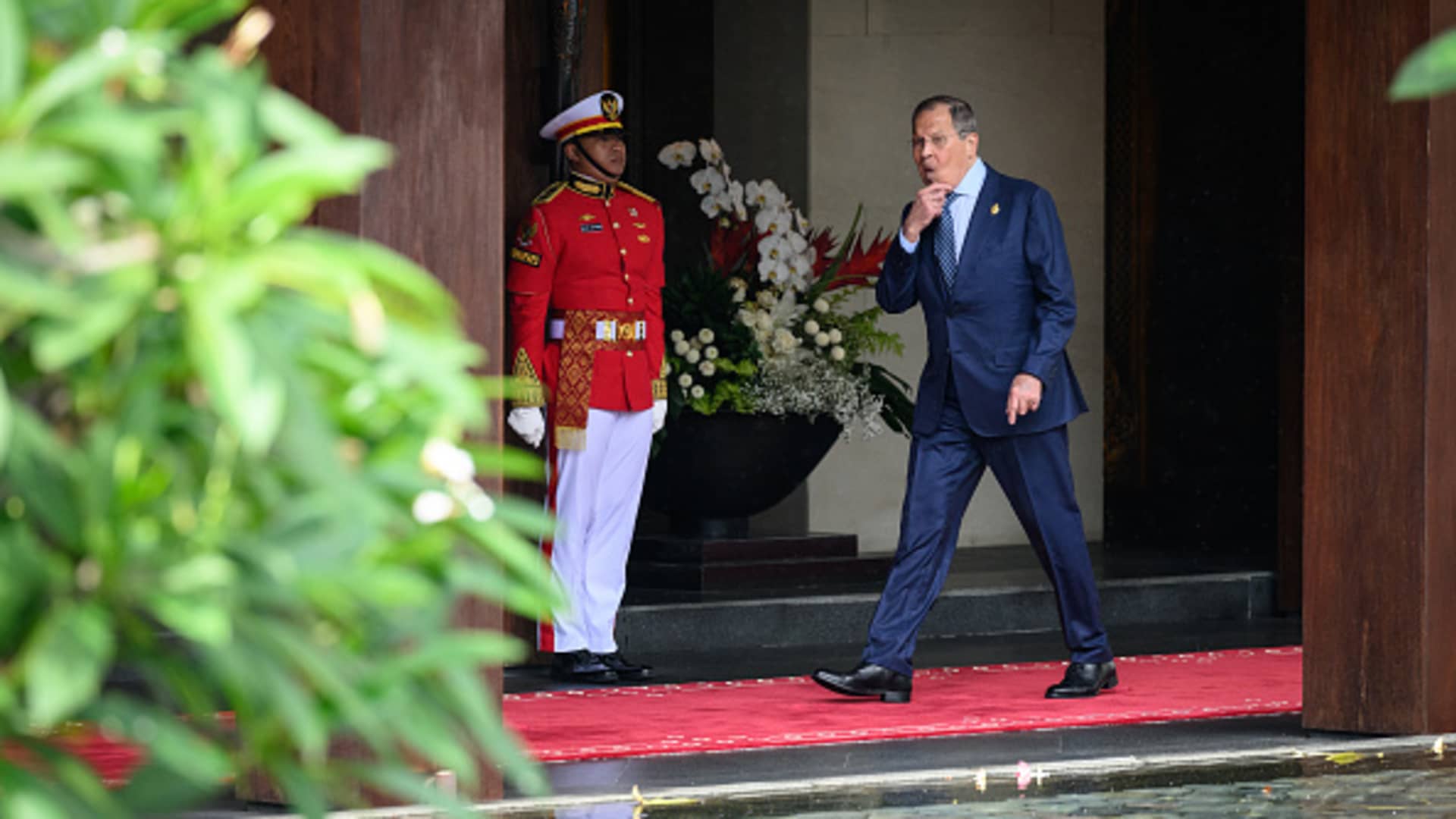 NUSA DUA, INDONESIA – NOVEMBER 15: Minister of Foreign Affairs of the Russian Federation Sergey Lavrov arrives at the formal welcome ceremony to mark the beginning of the G20 Summit on November 15, 2022 in Nusa Dua, Indonesia. The G20 meetings are being held in Bali from November 15-16. (Photo by Leon Neal/Getty Images,)

G-20 nations on Tuesday will issue a joint statement condemning Russia’s invasion of Ukraine, saying “today’s era must not be of war.”

Leaders of the world’s largest economies are gathered in Indonesia this week. Tensions over Russia’s onslaught in Ukraine has raised questions about whether they would be able to unite on what is one of the most pressing issues globally, with Russia being a member of the G-20 grouping. Sergei Lavrov, Russia’s foreign minister, is attending the summit.

“Most members strongly condemned the war in Ukraine and stressed it is causing immense human suffering and exacerbating existing fragilities in the global economy — constraining growth, increasing inflation, disrupting supply chains, heightening energy and food insecurity, and elevating financial stability risks,” the joint statement will say, according to a draft document seen by CNBC.

The communique has been agreed upon by the highest public servants of all the G-20 nations and is expected to be approved by the heads of state later on Tuesday. At the time of writing, it was unclear whether China was among the nations condemning Russia’s war in Ukraine.

“There were other views and different assessments of the situation and sanctions,” the communiqué also said, acknowledging the differences of opinion.

Russia has dubbed its invasion of Ukraine as a “special operation” aimed at “demilitarizing” its neighbor.

The joint statement Tuesday also said “the peaceful resolution of conflicts, efforts to address crises, as well as diplomacy and dialogue, are vital. Today’s era must not be of war.”

This story is being updated. Please check back again for more.