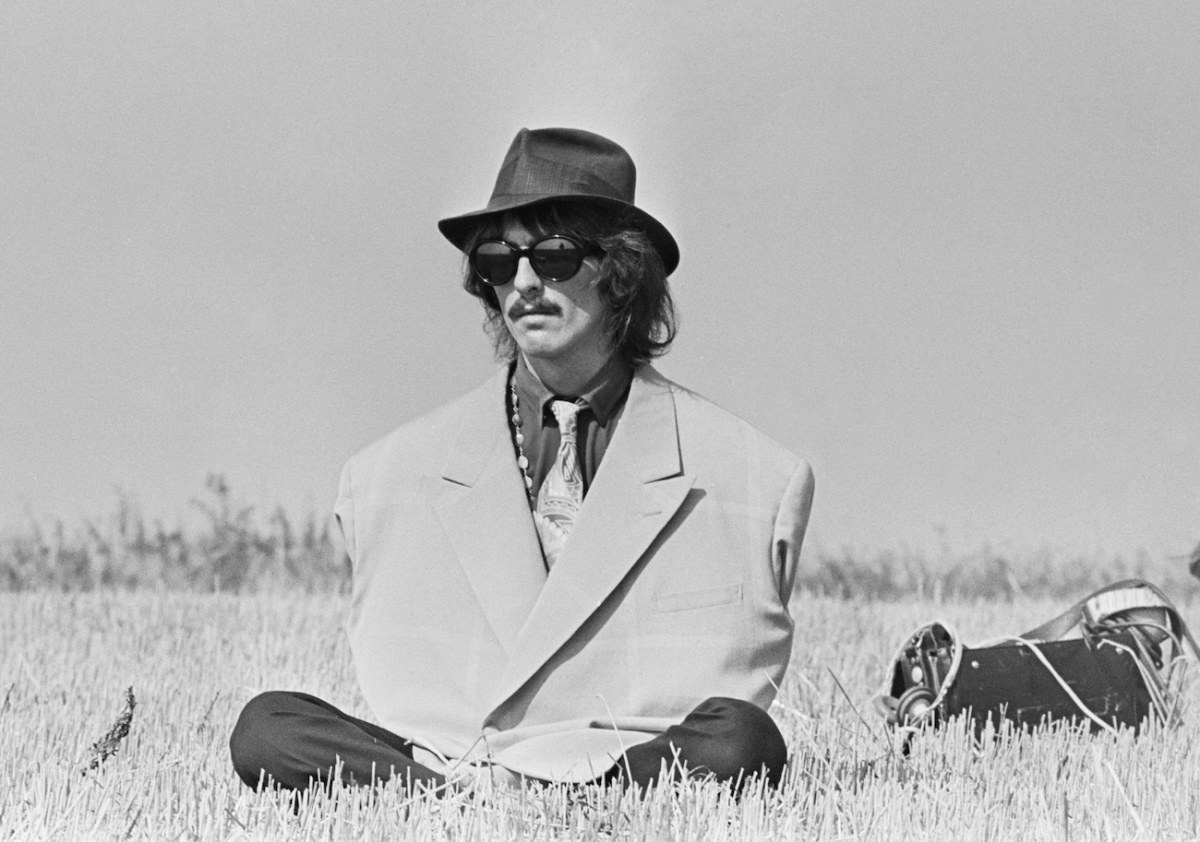 George Harrison loaned rent money to his friend, rock journalist Al Aronowitz and his wife, who was battling cancer. Aronowitz never forgot George’s kindness. However, the journalist wasn’t the only person who experienced George’s generosity.

George Harrison grew up on kindness

Harold and Louise Harrison taught their four children many important lessons. Despite not having much money, the Harrisons made sure Peter, Harry, Louise, and George knew that they could do anything they wanted, as long as they were upstanding citizens and valuable members of society. Being kind was also paramount.

In Joshua M. Greene’s Here Comes The Sun: The Spiritual And Musical Journey Of George Harrison, George’s sister, Louise, said, “Even though there wasn’t much money, Mum made sure we knew we weren’t peasants, that we came from educated stock and had great potential in life.

“She taught us to think, to question things, to always be kind, never kowtow to big shots or lord over the lowly. We were never to cringe in fear but neither were we to become bullies toward anyone. And we took care of one another. If there was only one apple, we’d each get a quarter.”

In Graeme Thomson’s George Harrison: Behind the Locked Door, Louise said George “was always the one who tried to please. When the fire needed more coal, he would always say, ‘Mummy, I’ll do it. Let me get the shovel.’ Or, when we’d be going to church, George would polish everyone’s boots.”

George’s first wife, Pattie Boyd, said the Harrisons “had a very close relationship. They were a very tight family, and very loving. He was very secure within himself, and you only really get that security from a very tight and loving family as a child.”

However, in school, George wasn’t as nice. He was naughty most of the time, but that might’ve been because he hated school. It’s when the “darkness” began. George recognized that his teachers were barely qualified to teach but knew he was also unqualified to say so.

Still, his teachers and headmaster couldn’t quite snuff out George’s goodwill. Thomson wrote, “Even at this early age he ‘didn’t suffer fools gladly,’ yet he already possessed an acute moral compass when it came to what he saw as the mistreatment of others.”

“If he saw anyone being bullied George tended to step in,” said a schoolmate, Rod Othen. “He didn’t like people bullying people.” George was happy to sit next to the smelly kid.

George loaned rent money to Al Aronowitz and his wife

The kindness in George’s heart didn’t ever fade; it only got stronger. Once he became famous and wealthy, he made bigger sacrifices for those he loved. His intentions were always honorable. George didn’t show others kindness to make himself feel good.

Once the money started coming in, George repaid his parents for all they’d done for him by giving them enough money for Harold to retire. George liked the money and lived very much like any other rock star, but halfway through the 1960s, he realized there was something better than fame and wealth.

George took LSD, which opened the door to God-consciousness. Then, he met Ravi Shankar, who became his musical and spiritual guru. Suddenly, all George wanted was to connect with God. Everything he did, from making music to being kind to people, reflected his love for God.

In 1970, George simultaneously recorded his first post-Beatles album, All Things Must Pass, while traveling back and forth to the hospital where his mother was receiving treatment for cancer.

That same year, George and Boyd visited their Aronowitz and his wife, who was slowly losing a painful five-year battle with cancer, for Thanksgiving. Despite her illness, she cooked the rock star and his wife a full turkey dinner. Greene wrote that it was the least she could do to thank George for “loaning” them the money to rent their home.

“Al was uncertain whether George gave the money because his own mother had died of cancer earlier that year or because he was grateful that Aronowitz had introduced him to his hero, Bob Dylan. Whatever George’s reason, Al said the house money was ‘an exhibition of saintliness unequaled by any rock superstar I knew,’” Greene wrote.

All George knew was kindness, and he wasn’t preachy about it. He wasn’t generous, pleasant, and kind to people for the wrong reasons.

“Part of George’s charm is that he always feels so inadequate to repay the world for what the world has given him,” Aronowitz said. “Acts of kindness have become an art with him.”

George’s sister added, “An art, yes, that’s how it was with him. He would pay people’s hospital bills and do other random acts of kindness—not so that people would think well of him but simply because he believed kindness should be done in the world.

“Okay, he was on a spiritual search, but he was a good human being. Our mum always taught us to be careful about judging good or bad. Her criterion was, ‘Does this harm anyone?’ If so, then it was wrong, and George lived by that.”

George never stopped being generous and kind. He made sure devotees in the Hare Krishna Temple could set up a temple in London. Before that, he let them stay at Friar Park. To help bring their cause to the world, George produced the devotees’ album, The Radha Krishna Temple, and published their guru, Bhaktivedanta Swami, a.k.a. Prabhupada‘s book, KRSHNA Book.

When Shankar came to him about a humanitarian crisis happening in Bangladesh, George immediately organized the Concert for Bangladesh. In the late 1970s, George went to the rescue of his friends in Monty Python after their producers backed out of making Life of Brian. George funded the entire film.

George didn’t always have to organize the first benefit concert of its kind, produce a controversial film, or send a person tons of money to be kind and caring to those he loved. Little gestures of gentleness went a long way.

After Boyd left him for Eric Clapton, George reacted with gracious dignity, allowing him to continue his friendships with both. Instead of fighting with his bandmates in The Beatles for constantly overlooking his talent, George removed himself from the equation and quit calmly and casually. When his friend and idol Bob Dylan lost his confidence in the late 1960s, George made him feel better by prompting him to write a song with him.

As for his fans, George wanted to make songs that would hopefully resonate with them and make them remember God. There was nothing George wasn’t willing to do to be kind, and that generosity lives on in his music.

RELATED: George Harrison Once Escaped a Press Mob at Maxim’s Restaurant in Paris by Jumping Down the Laundry Chute