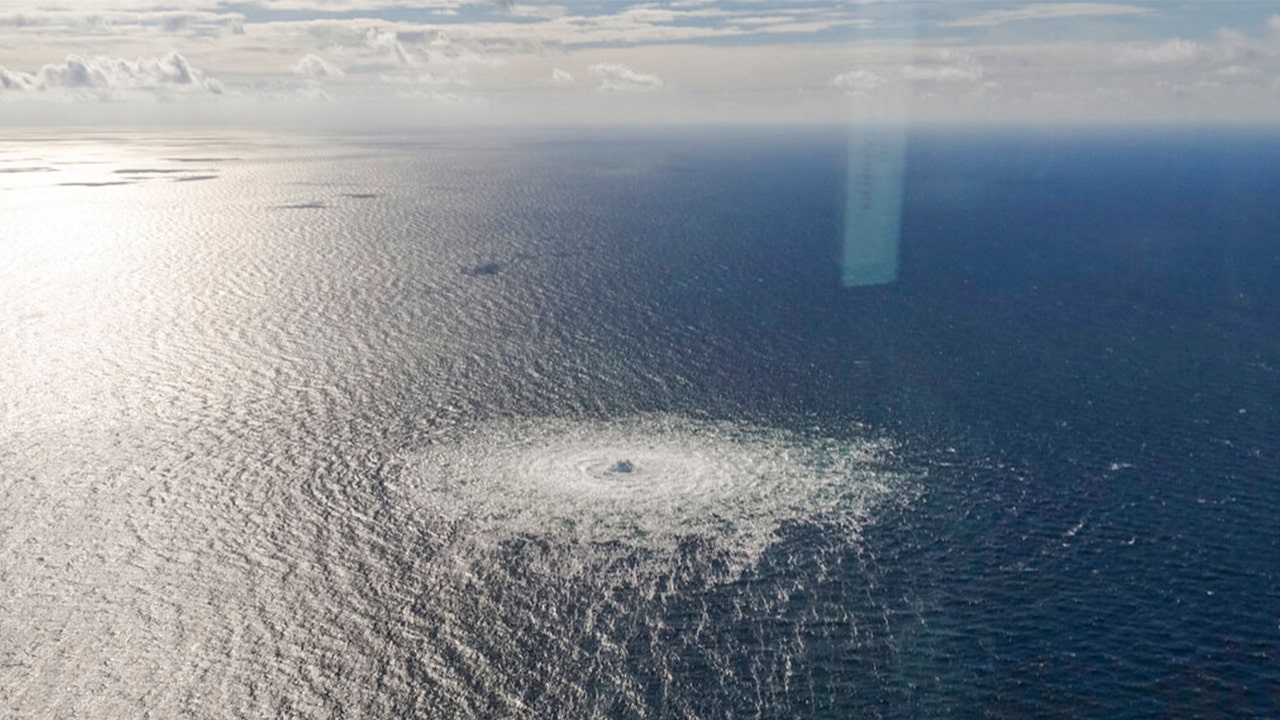 The CIA warned its counterparts in Berlin earlier this summer of possible attacks on gas pipelines in the Baltic Sea, according to a Tuesday report.

A large disturbance in the sea can be observed off the coast of the Danish island of Bornholm Tuesday, Sept. 27, 2022 following a series of unusual leaks on two natural gas pipelines running from Russia under the Baltic Sea to Germany have triggered concerns about possible sabotage.
(Danish Defence Command via AP)

The report, which cited unnamed sources, came as explosions rattled the Baltic Sea Tuesday before unusual leaks were discovered on the Nord Stream 1 and 2 pipelines running underwater from Russia to Germany.

Some European leaders and experts are pointing to possible sabotage during an energy standoff with Russia provoked by the war in Ukraine.

The three leaks on the Nord Stream 1 and 2 pipelines, which are filled with natural gas but not delivering the fuel to Europe, overshadowed the inauguration of a long-awaited pipeline that will bring Norwegian gas to Poland to bolster the continent’s energy independence from Moscow.

The first explosion was recorded early Monday southeast of the Danish island of Bornholm, said Bjorn Lund, director of the Swedish National Seismic Network. A second, stronger blast northeast of the island that night was equivalent to a magnitude-2.3 earthquake. Seismic stations in Norway and Finland also registered the explosions.

FILE: Workers stand near the pipelines during an opening ceremony of the Baltic Pipe in Budno, Poland, Tuesday, Sept. 27, 2022.
(AP Photo)

No official presented evidence of what caused the Nord Stream problems, but with distrust of Russia running high, some feared Moscow sabotaged its own infrastructure out of spite or to warn that pipelines are vulnerable to attack. The leaks in international waters off the coast of Denmark and Sweden raised the stakes on whether energy infrastructure was being targeted and led to a small bump in natural gas prices.

The extent of the damage means the Nord Stream pipelines are unlikely to be able to carry any gas to Europe this winter even if there was political will to bring them online, analysts at the Eurasia Group said. Russia has halted flows on the 760-mile Nord Stream 1 pipeline during the war, while Germany prevented them from ever starting in the parallel Nord Stream 2.

Fox News has reached out to the CIA for comment.