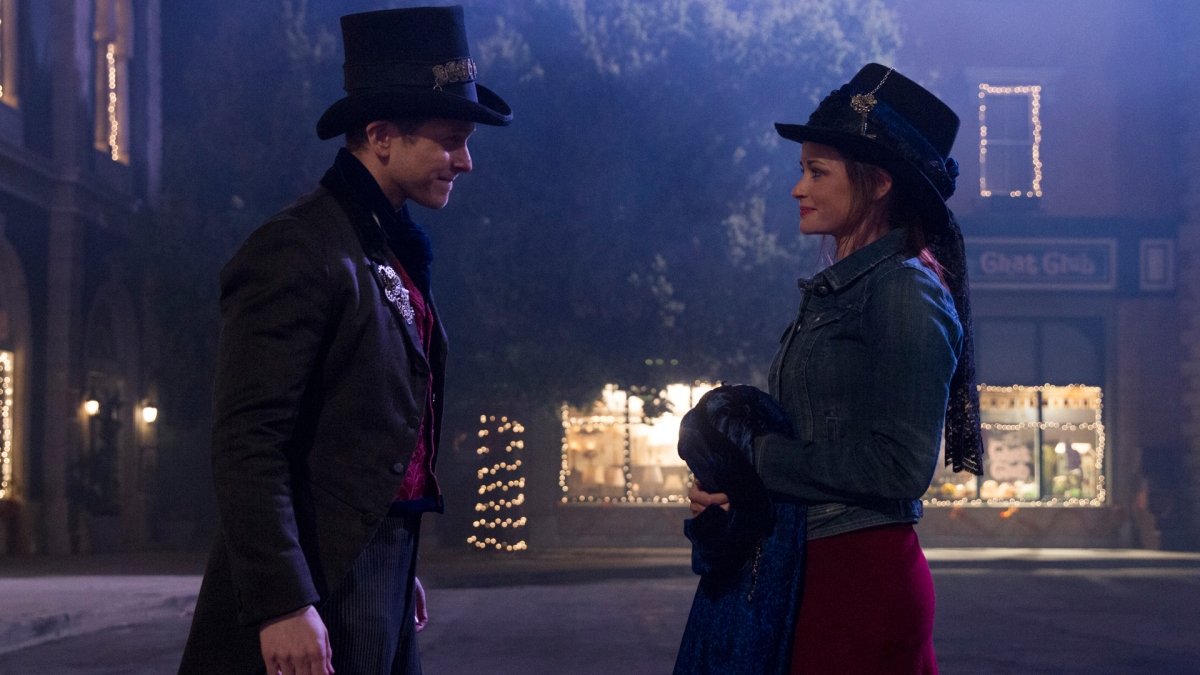 While the early seasons of Gilmore Girls focused on Rory Gilmore and Lorelai Gilmore in Stars Hollow, the later seasons expanded to cover Rory’s life at Yale. Part of Rory’s life at the Ivy League institution revolved around her college boyfriend, Logan Huntzberger. Logan’s association with the secret society, the Life and Death Brigade, factored into several important storylines. While several Ivy League schools have secret societies, including Yale, the Life and Death Brigade doesn’t actually exist. Still, it was inspired by actual organizations. It looks like the show took inspiration from a couple of high-profile but still “secret” organizations.

For years, Gilmore Girls fans have assumed that the Life and Death Brigade was inspired by the very famous, yet still secret, society, Skull and Bones. Sometimes called the Order or the Brotherhood of Death, the society was founded in 1832. William Huntington Russell and Alphonso Taft co-founded the group after a disagreement among established Yale clubs. It has existed for nearly two centuries, but some changes have been made. According to the Yale Alumni Magazine, starting in the 1970s, its members’ identities were hidden. Before that, everyone knew who the members of the society were, but the goings-on of the club was not common knowledge.

The Order of the Skull and Bones as inspiration for the Life and Death Brigade makes perfect sense. In fact, the show’s writers certainly pulled inspiration from the famed group. The type of people who were members, the legacy aspect of the society, the secrecy around who were and were not members, and the society’s seemingly imitless funds seem to align with the real-life Skull and Bones. Still, the society’s events seem to more closely mimic the activities of a club from Oxford.

While the fact that the Life and Death Brigade was a multi-generational secret society ties it to the long-running secret society at Yale, the organization’s events appear to be pulled directly from the Dangerous Sports Club’s playbook. The Dangerous Sports Club was an organization founded at Oxford in the 1970s. A group of loosely affiliated students joined together to host fantastical events. On occasion, they partook in some truly dangerous activities, too. The club, for example, is credited with inventing bungee jumping after members hurled themselves off a bridge, haphazardly tethered to a lifeline.

Nigella Lawson, who was a member of the group, wrote about her experience with the club in an article published by the Guardian. Lawson recalled the group having a “riotous” time. The events were well-organized and heavily planned, and all required formal attire for the “spectacle” of it. Lawson even included a photo of herself playing croquet while being carried around in a litter during a club event. In a completely unrelated moment, Nigella Lawson was once referenced in Gilmore Girls. The mention had nothing to do with her connection to the Dangerous Sports Club.

RELATED: ‘Gilmore Girls’: Matt Czuchry Admitted There Is 1 Way That He and Logan Huntzberger Are Different

The events Lawson described the Dangerous Sports Club hosting likely sound familiar to Gilmore Girls fans. Gilmore Girls writers borrowed several elements, including the formal dress and the croquet game, for its famed “You Jump, I Jump, Jack” episode. The episode focused heavily on the Life and Death Brigade. The group jumping off a platform with just umbrellas seems to have been inspired by the Dangerous Sports Club bungee jumping experiments, too.