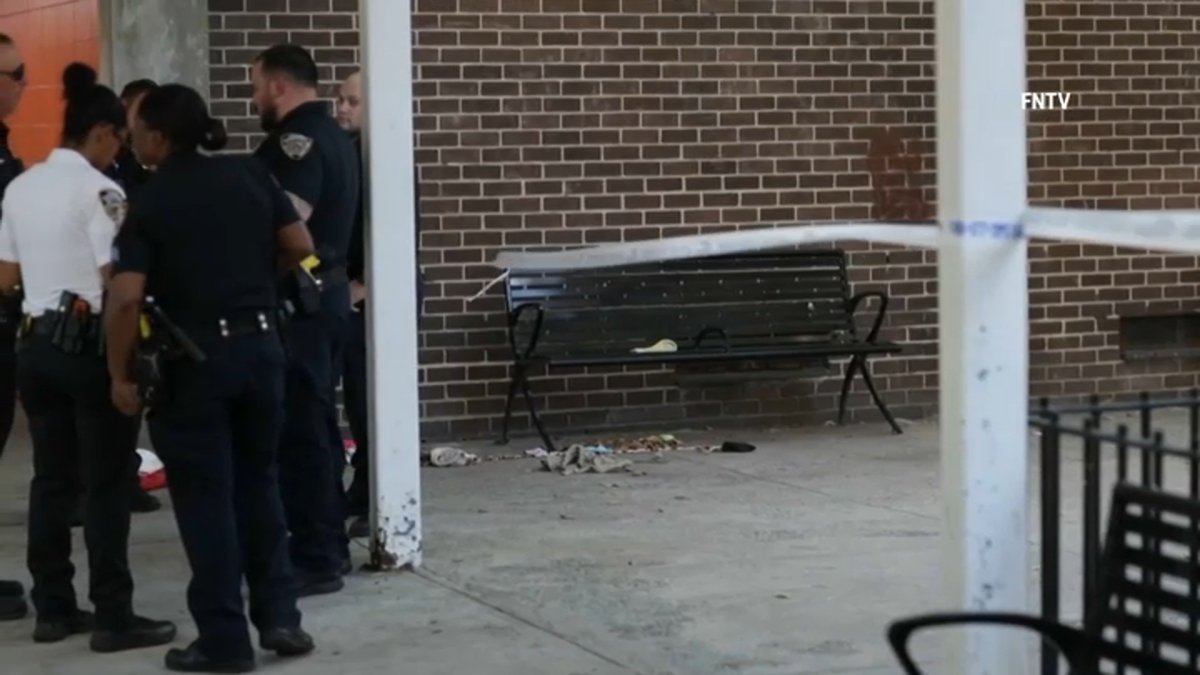 A 9-year-old girl was grazed in the head after a shooter fired a BB gun as the young child sat on a bench with her grandmother — just down the block from where two of the victim’s family members were killed by gunfire.

Police said that the girl was with her grandmother near the Seth Lowe Housing Complex off Powell Street in Brownsville around 5:30 p.m. when she was hit. Witnesses told NBC New York that they heard two loud bangs, and the shots may have come from a window of a nearby building.

Investigators are looking into where the shooter may have been. More than a dozen police officers were combing the scene in a roped off walkway near a playground.

Neighbors told NBC New York that the little girl’s father and uncle were shot and killed on the very same block where she was grazed by the BB gunfire. As a result of those deadly shootings, the family was said to be trying to move away.

The girl is said to be recovering from her injuries, but there was no update given on her condition. No arrests have yet been made.

With neighbors saying they are concerned about violence in the area, the shooting was the latest incident involving young people getting caught in the crosshairs. On Monday, a 23-year-old McDonald’s employee was shot outside one of the restaurant chain’s locations in Bed-Stuy after a fight with a customer over cold French fries, law enforcement sources said.

A 14-year-old boy was also found dead in a Queens driveway Tuesday morning, with a gunshot wound to his back as he was face-down near the home in Arverne.