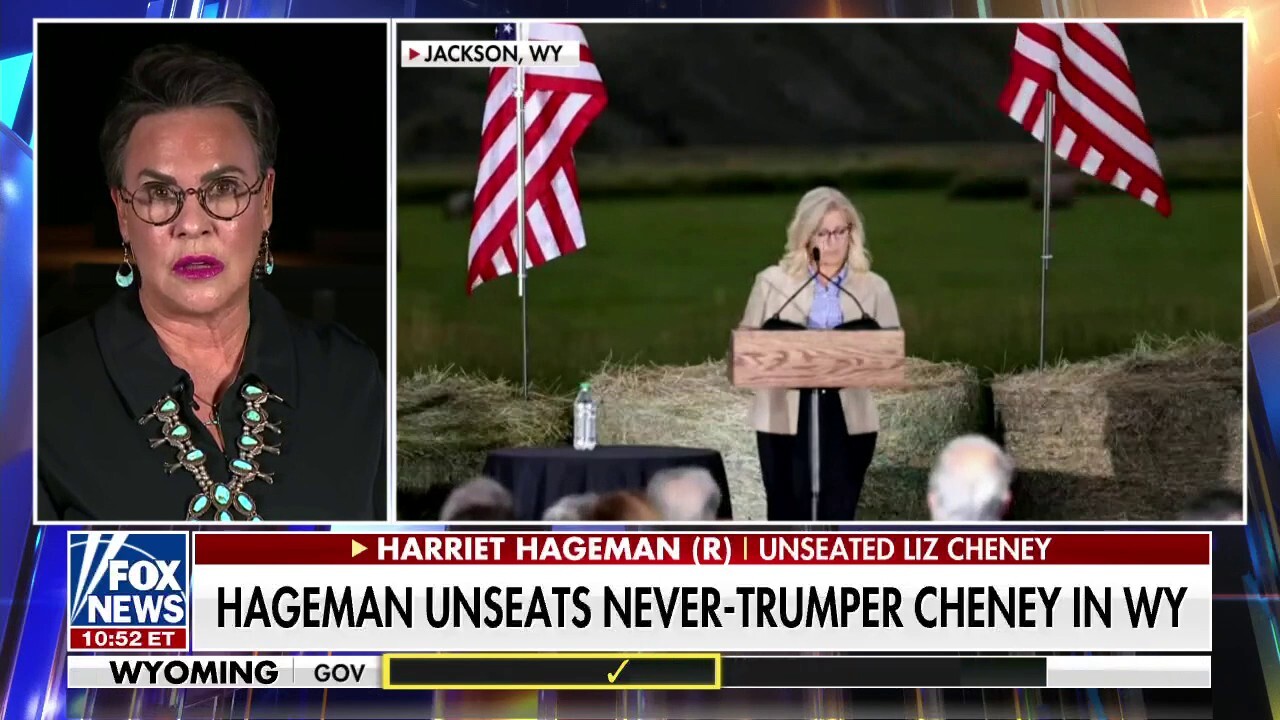 Wyoming congressional race victor Harriet Hageman said Rep. Liz Cheney was not focused on the people of Wyoming, but rather on trying to convict former President Donald Trump over January 6 on ‘The Ingraham Angle.’

HARRIET HAGEMAN: I have not had an opportunity to even see or hear what she had to say because I’ve been kind of focused on what’s going on here. It doesn’t surprise me that she would revert to those same old talking points, because that’s really in large part what got her defeated. She is not focusing on Wyoming, she’s not focusing on our issues. She is still focusing on an obsession about President Trump and the citizens of Wyoming, the voters of Wyoming, sent a very loud message tonight. We have spoken.

And that is not what we are interested in, in terms of our lone congressional representative. Wyoming is entitled to have a representative that represents our interests, listens to us, that addresses our issues. That isn’t Liz Cheney and the fact that that’s where she went back to with her speech tonight, I think demonstrates that she really isn’t listening to Wyoming now, she hasn’t for quite some time, and that’s why we needed to replace her. We need to have a representative in Wyoming who listens to us.