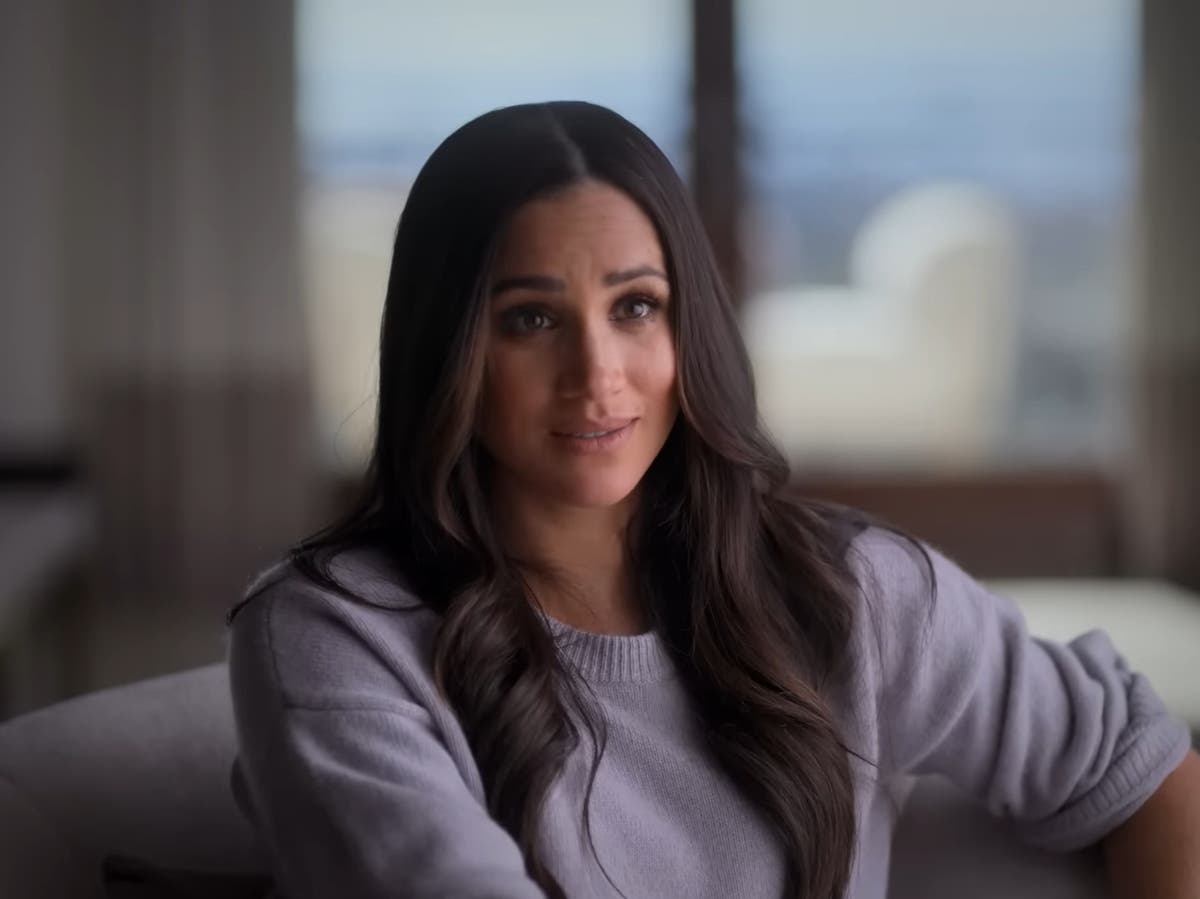 Prince Harry has said his wife “no longer has a father”, blaming himself for the pair’s rift.

In the couple’s new Netflix docuseries, Harry & Meghan, the fifth in line to the throne said he took responsibility for his wife’s split with her father Thomas Markle.

“Of course it is incredibly sad what happened,” Harry says. “She had a father, now she doesn’t have a father. I shouldered that because if Meg was not with me, then her dad would still be her dad.”

Mr Markle had been due to walk his daughter down the aisle on her wedding day in May 2018, but just days beforehand he told them he would not be there.

At the time, photographs of Mr Markle preparing for the wedding were published.

The documentary suggests that he staged them for a large sum of money.

In episode three, Meghan said: “The week before our wedding we get a call from our joint communications secretary, who said this story is going to come out tomorrow saying your father has been staging pictures and taking money from the press. That was the first I was hearing of it.”

She said she spoke to her father and that he denied the allegations but refused to be flown to the UK a day early for the wedding, as she suggested.

“It felt really cagey. I said, ‘it doesn’t make sense’.” She

Mr Markle later issued a public statement that he had had a heart attack and had gone to hospital.

The duchess said they tried to call her father more than 20 times.

She said that finally they received a text that said: “I’ve done nothing to hurt you Meghan or anyone else. I know nothing about 20 phone calls – I’m sorry my heart attack is any inconvenience for you.”

The duchess said she did not believe it was really her father as it was the “opposite” of how he would typically text and that he had never addressed her as Meghan. Like her friends, he called her Meg.

Mr Markle has not yet commented on the docuseries.

But commentator Piers Morgan tweeted: “Wow. Shocking thing for Harry to say about Thomas Markle, the man he has never met.

“She does have a father, and he brought her up on his own for years. Where is that in the documentary? “

He added: “Markle now trashing her own father, who is still recovering from a massive stroke. Ms Compassion hasn’t even called him.”

Meghan’s mother, Doria Ragland, said the past five years had been challenging.

In February 2019, The Mail on Sunday published extracts from a letter Meghan wrote to her estranged father, begging him to stop speaking to reporters and revealing how heartbroken she was over their fractured relationship.

The duchess sued Associated Newspapers over five articles reproducing extracts, and in February last year a London High Court judge ruled the newspaper had breached Meghan’s privacy. She was awarded a nominal £1 in damages.

The duchess also won a legal case for copyright infringement against Associated Newspapers.

The next parts of the series are due out on 15 December.