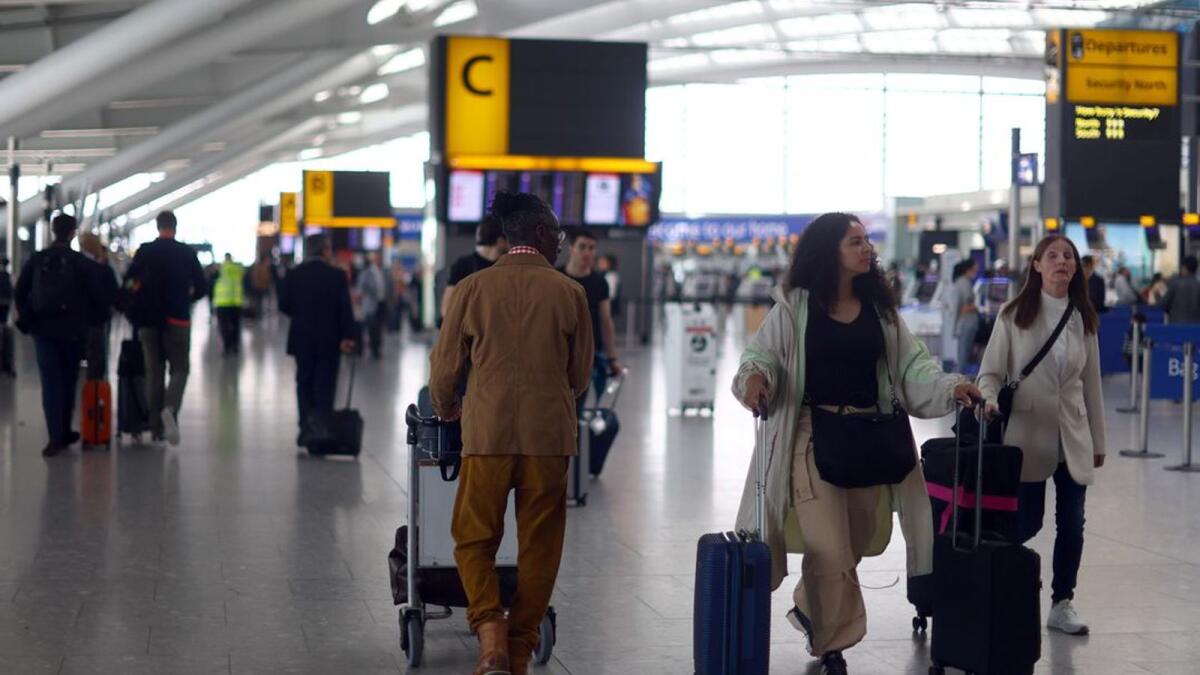 It was the world’s fifth busiest hub in July

Spain’s Ferrovial is looking at options for its 25 per cent stake in London’s Heathrow, two sources told Reuters, and has held preliminary talks with external advisers on the future of its holding in Britain’s biggest airport.

Ferrovial has yet to take a final decision and the discussions may not result in a sale, all the sources said.

Shares in the Madrid-listed firm rose as much as 4.2 per cent on the Reuters report. At market close they were up 3.7 per cent, scoring their second best day in five months and becoming the third best performing stock across the pan-European STOXX 600 index.

Ferrovial and Ardian both declined to comment while PIF did not immediately respond to a request for comment.

Ferrovial’s Heathrow holding is worth about 1.6 billion euros ($1.63 billion), Citi analysts said on Tuesday, commanding an overall valuation of 26 billion euros including debt for the British airport.

However, given hefty transaction multiples previously applied to the sale of London’s Luton and Gatwick airports, Ferrovial could cash out for anything between 2.9 billion and 3.5 billion euros, the Citi note said.

Insight Investment Research analyst Robert Crimes told Reuters the equity value of Ferrovial’s 25 per cent stake in Heathrow could be close to 2 billion euros. He added Ferrovial’s stock had yet to reflect the post-pandemic recovery in traffic volumes and inflation-linked returns.

Heathrow, which Aviation data firm OAG said was the world’s fifth busiest airport in July, was hard hit by coronavirus lockdowns, but raised its 2022 traffic forecast to 54.4 million passengers in June after a travel rebound.

Last month Heathrow, like some other airports in Europe, asked airlines to stop selling tickets for summer departures and capped passenger numbers to limit queues, baggage delays and cancellations as it struggled with pent-up demand.

Madrid-based Ferrovial, which controls Spanish transport infrastructure developer Cintra and has stakes in motorways in the United States and Canada, has been invested in Heathrow airport for 16 years and ranks as its single largest investor.

QIA declined to comment while CDPQ, GIC and China Investment Corporation were not immediately available.

Paris-based Ardian teamed up with Credit Agricole Assurances in 2015 to buy a 49% stake in 2i Aeroporti, one of Italy’s largest airport networks, with indirect stakes in Milan’s Malpensa and Linate among others.

A separate source who worked on the 2006 acquisition of Ferrovial’s Heathrow holding said that while the Spanish firm’s board had frequently reviewed its strategy over the years, it had never reached a consensus over selling the stake.

This source said Ardian made an initial approach for the Heathrow stake last year, but discussions did not advance.

Ferrovial appointed aviation veteran Luke Bugeja to run its airports business last year, which one of the sources said could accelerate a strategic review of Heathrow.

Airports accounted for a third of Ferrovial’s proportional earnings before interest, taxes, depreciation and amortization (EBITDA) in the first half of this year, from 45% prior to 2019 before the industry was hit by the COVID-19 pandemic.

After a series of losses, Ferrovial pointed last week to a recovery in the airport business, thanks to an easing of restrictions as it posted a profit.

It also bet further on the industry in June with a deal to buy a stake in the consortium that will build and operate a new terminal at New York’s JFK International Airport.

But its Heathrow experience has been difficult and the chief financial officer of its airports business, Ignacio Castejon, said during last year’s third quarter earnings he was “very sceptical” about contributing further capital, citing a lack of recovery in its economic value and low equity returns.

Heathrow said last year it does not expect a full recovery before 2026, after airports globally suffered a huge drop in traffic when the COVID-19 pandemic grounded planes.

The firm openly criticized the British aviation regulator’s decision in June to set lower than hoped for caps on landing fees Heathrow can charge over the next four years.

While companies have eased off mergers and acquisitions as inflation rages and recession fears rise, the infrastructure sector clocked up one of this year’s biggest deals, a 58 billion euro take-private bid for Italy’s Atlantia. ($1 = 0.9794 euro)