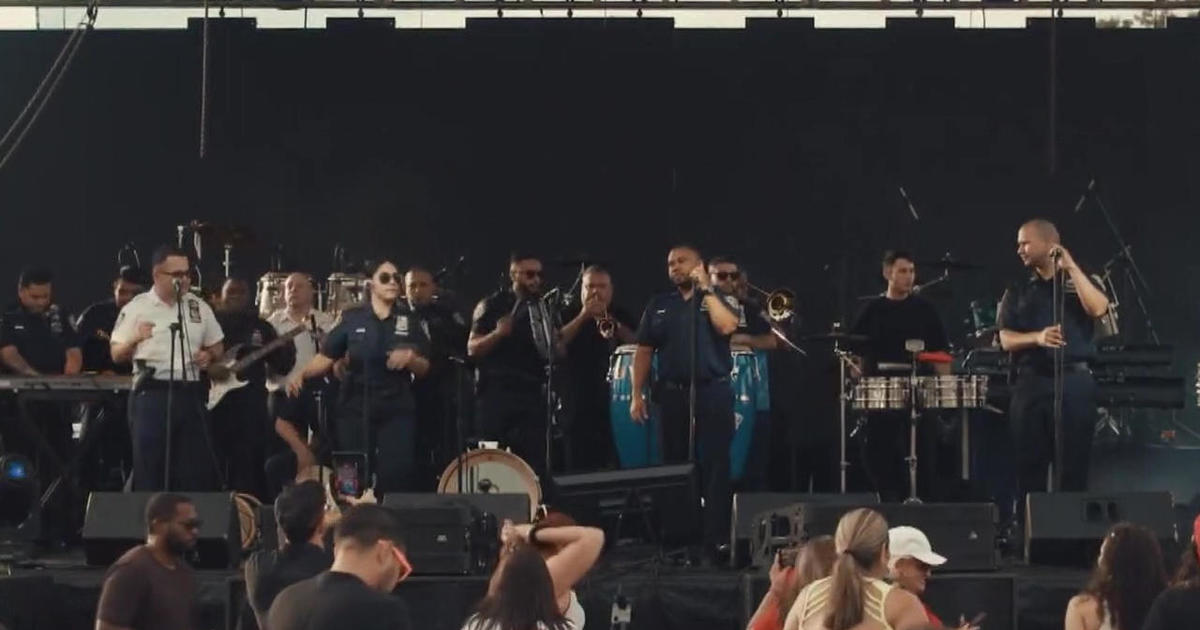 NEW YORK — This Hispanic Heritage Month, CBS2 is highlighting a group of NYPD officers who are using music to elevate their platform and connect with those they have pledged to protect and serve.

They are New York’s Finest and they are also members of La Jara Band.

“The idea was to start something that’s never been done before, which is to use this as a tool to unite the people and the police. So that’s how it started,” Capt. Alexander Cedillo told CBS2’s Thalia Perez on Tuesday.

Cedillo formed the band in 2013, and when he’s not busy at work at the 62nd Precinct, he’s on the keyboard or singing.

“The beauty of La Jara is that since we have members from the Dominican Republic, Puerto Rico, Ecuador, Peru, Mexico. We’re able to bring all those genres together and learn from each other,” Cedillo said.

So where did the name La Jara band come from? Cedillo says after NYPD Officer O’Hara

“And when he would come they would get scared, so they would say ‘ahi viene O’Hara,’” Cedillo said.

Which meant ‘Officer O’Hara is coming’ and so evolved the Spanish street name for police officers during the 1970s. Through music, though, Capt. Cedillo says that image of police officers is changing.

La Jara Band members are all volunteers and play as a community service. That means there is no money exchanged for their performances.

“I’ve been playing guitar for about 17 years and I started playing in church,” member Cristian Guity said.

Live-streaming their performances has generated a massive global following of more than 100,000 fans on social media.

“When you’re doing something from the bottom of your heart, something that you love, only good things can come out of that, you know?” band member Edwin Gomez said.