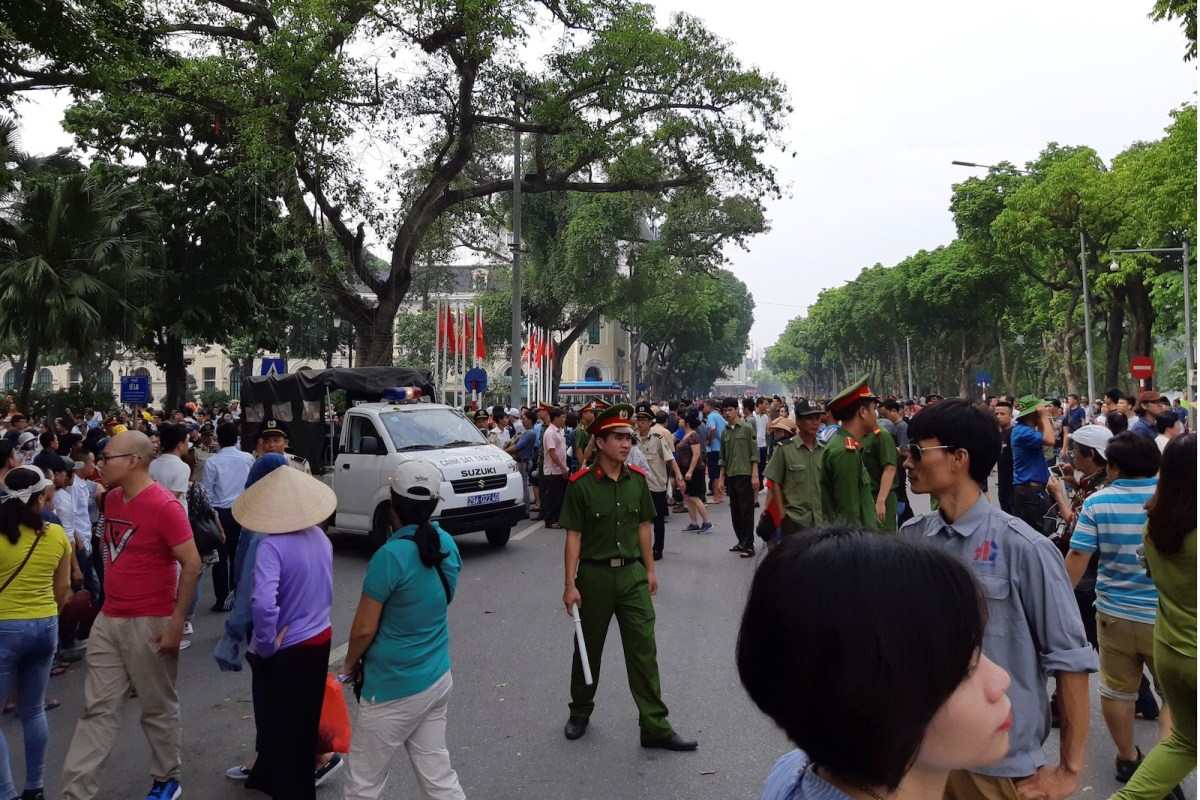 At the first glance at the title of this book, The Tradition of Human Rights in China and Vietnam, my immediate reaction was that of instinctive dissent. To me, China and Vietnam throughout their respective histories never had a concept of human rights, let alone a tradition. However, right in the book’s preface, captioned “The Re-Emergence of Theocracy in Modern China,” I started to figure out what the authors were about to deliver.

Through the scrupulous and detailed presentation by the distinguished authors, Harvard Law School professor Stephen Young and Harvard Law scholar Nguyen Ngoc Huy, the book leads readers through the history of China and Vietnam over some 5,000 years. From the early time of the dynasties of Shang, Zhou, and Qin to the last Chinese dynasties of Ming and Quing, the Chinese judicial systems were set up in which human rights mostly succumbed to the power of the warlords, kings, and emperors.

The Vietnamese judicial system shared similar models to the Chinese counterpart. Both systems were established under the doctrine that taught “only the Son of Heaven (the king) received the Mandate of Heaven and all under Heaven (tianha in Chinese; thiên hạ in Vietnamese) accept the mandates of the Son of Heaven.”

After the time of the past feudal regimes, both Chinese and Vietnamese people were placed under colonial governments of the West. Then immediately afterward they were coerced under the iron-fisted rule of the Communists – the so-called proletarian dictatorship.

Chinese and Vietnamese people have never lived under a real democracy that truly recognizes human rights. As such, it is of no surprise to anyone that the leaders in China and Vietnam now revive the doctrines from the past monarchy eras to support their authoritarian regimes.

One notable fact is that in China and Vietnam, there is a popular canon for governing from the time of Confucius: Mencius’ teaching that “people are first, country is next, king is last” (in Vietnamese: dân vi quý, xã tắc thứ chi, quân vi khinh). Put together with the teaching that “when the king orders his servant to die, the servant is disloyal if he doesn’t,” they become an ironical paradox.

In November, massive protests against Chinese President Xi Jinping simultaneously erupted in multiple large cities including Chengdu, Shanghai and Beijing. Starting from a protest following a deadly fire in the city of Urumqi that burst out under the draconian zero-Covid policies of the Chinese government, the demonstration morphed into unprecedented dissent, with some daring to call openly in the streets for Xi’s removal: “Step down, Xi Jinping! Step down, Communist Party!”

Even with such fearless challenges from a large number of people, few should believe that the current uprising will ease the grip of the Chinese Communist dictatorship on the people. For the afore-mentioned paradox, the time is yet ripe to remove the tenet “when the king orders his servant to die, the servant is disloyal if he doesn’t.”

That is why The Tradition of Human Rights in China and Vietnam is so useful and helpful to learn the past and to understand the present in China and Vietnam. The book archives the history, culture and the jurisprudent systems of the two prominent countries in the East through thousands of years leading to their contemporary systems.

It is a must-read for anyone interested in understanding the government and politics in China and Vietnam.

The Tradition of Human Rights in China and Vietnam (May 16, 2022) by Stephen B Young  and Nguyen Ngoc Huy, with an introduction by Jerome Cohen, is available at Amazon Books.