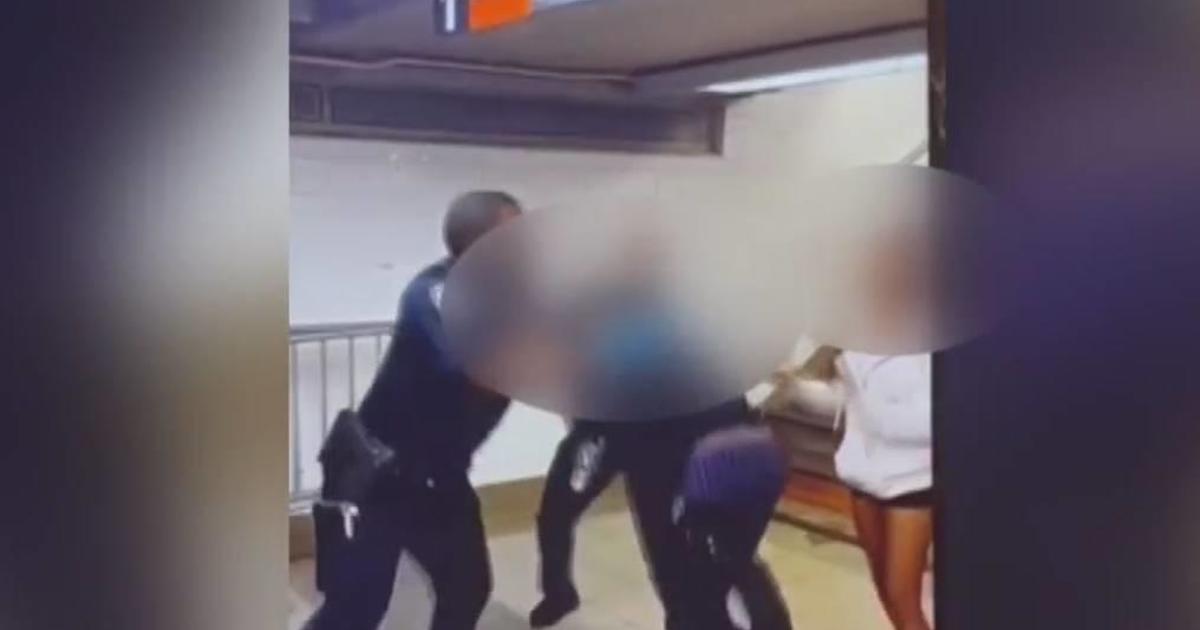 The video shows the teenager punching the cop, and even getting the officer in a headlock.

CBS2’s Marcia Kramer reports that despite the upsetting nature of the video, pleas for state action from the mayor and the head of the police union fell on deaf ears.

While Hochul decried the attack, she is apparently also aware that in the heat of a hotly contested reelection campaign, calling a legislature resistant to changing the laws would turn into a political embarrassment.

“Anyone who saw that video of that attack on those two police officers, it has to outrage you. By a person who was previously arrested for robbery,” Adams said.

“No one has the right to assault a police officer, and in a case where there is a prior offense and someone is already out pending trial under our bail laws, they should be held,” Hochul said.

It might seem like Adams and Hochul are on the same page after watching the disturbing video of a fight between two NYPD officers and two 16-year-olds. It shows the boy punching the officer, wrestling him to the ground, and even getting him into a headlock, or a choke.

But Adams and Hochul are not on the same page. The mayor wants the governor to call lawmakers back to Albany this summer, while crime is rampant, to redo both the state bail law and the raise the age law that allows defendants under 18 to be sent to family court.

Jana Kramer Opens Up About Escaping Past Relationship With Alleged Abuser