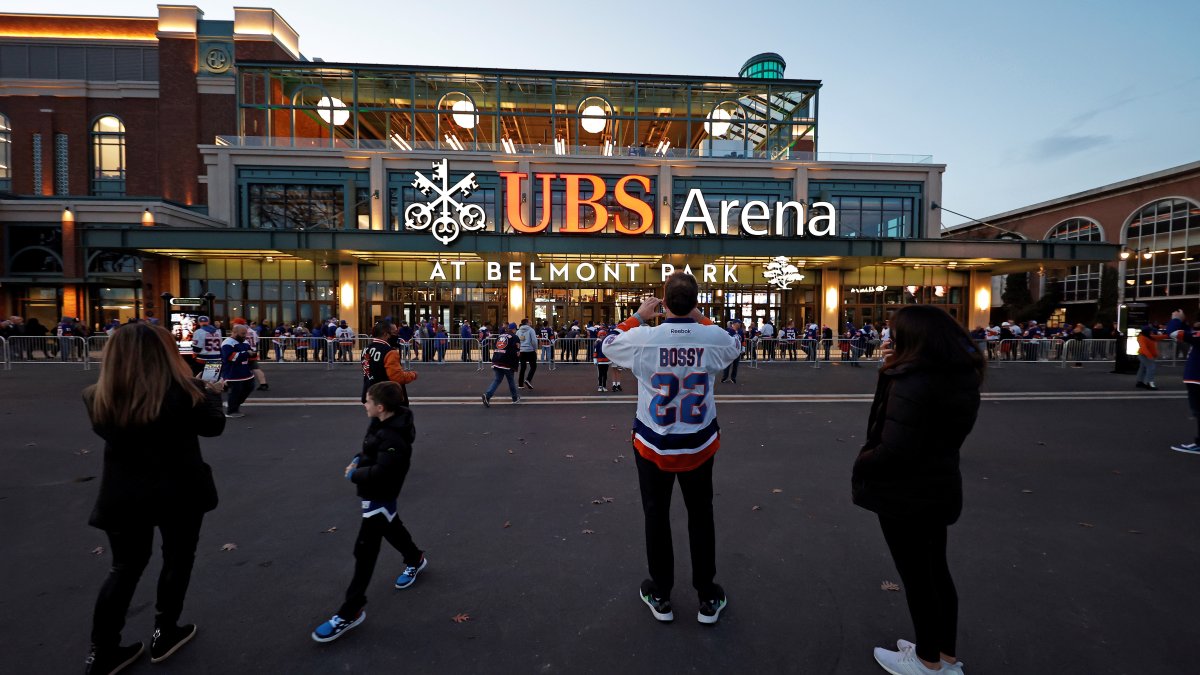 The New York Islanders’ long wait is finally over.

Nearly four years after winning the bid to build a new home next to Belmont Park, the Islanders opened the doors to UBS Arena on Saturday night. The Calgary Flames will be the Islanders’ first home opponent this season after the team spent the first 6/12 weeks of the season playing 13 road games.

“It’s a beautiful building,” said Lonny Lehman, a first-time season-ticket holder from East Meadow, New York, a short drive from the Coliseum. “(Looking forward to) just having a home again. … It’s been a long time coming. Our politicians failed us. Fortunately, our new owners kept us here and they’re going to have a nice following.”

The $1.1 billion building is the culmination of a campaign that started more than a decade ago by previous Islanders owner Charles Wang. First came the proposed Lighthouse Project in 2007 that was part of redevelopment plan, but went nowhere. Then, Nassau County voters rejected an attempt to secure public financing for a new arena four years later, and the unpopular move to Brooklyn in 2015 eventually saw the team splitting home games between Barclays Center and the Coliseum.

Now, the new arena is here and the years of uncertainty over the team’s future are over.

Tickets for the home opener were sold out months in advance, and there was a waitlist for season tickets. Sellers were listing tickets for the first game from $230 for the cheapest seats in the corner to more than $800 on StubHub.com a few hours before puck drop.

“This is awesome,” Jason Saltsberg said. “This is definitely much more luxurious than the Coliseum was. Everything has been trending in the right direction. As soon as they announced the arena, the team seemed turn the corner and its all happening at once and its fantastic.”

The Islanders went 5-6-2 on their season-opening stretch of road games, including four straight losses. Twenty-five of their next 36 games will be at home, and they don’t play more than two consecutive games on the road until a four-game trip from Jan. 4-11.

“Hopefully they can bring the Cup home,” said Holly Baratta, who bought season tickets for the last season of the Coliseum, but didn’t get to use them because of limited seating due to the coronavirus pandemic.

The players got a chance to practice on the ice at the new rink Thursday and were impressed.

“It absolutely blew me away,” the Islanders’ Mathew Barzal said. “I walked right in, saw the gym, saw the eating area and I couldn’t wait to see more. The entire facility and the rink and how it was set up was so high-end. … We’re a really lucky group.”