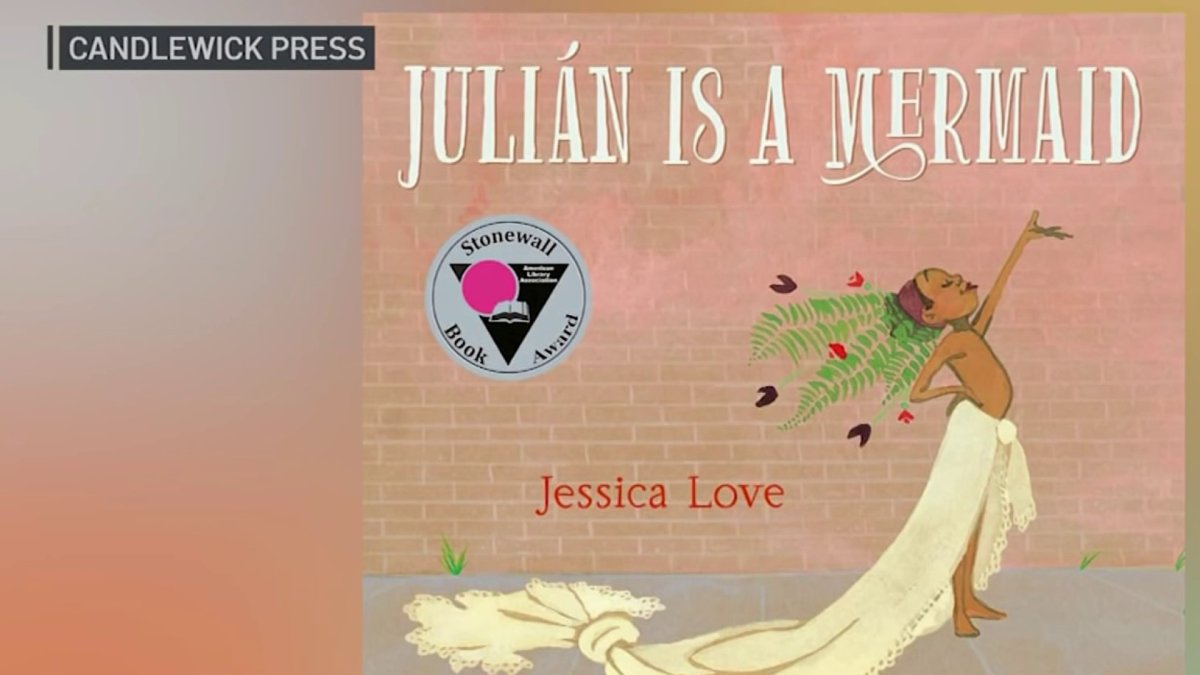 A picture book is sparking controversy and debate in a Connecticut town after it was included in a second grade class curriculum.

The book in question, “Julian Is A Mermaid,” tells the story of a boy who wants to become a mermaid and take part in Coney Island’s famed Mermaid Parade.

Several parents in the Fairfield County town of Darien asked the school district to review its decision to approve the book. The Darien School District superintendent told NBC New York a couple dozen parents raised questions about whether a book the publisher tags under “gender identity” is appropriate.

“I don’t know if that’s a good topic for kids that are in second grade,” said one woman.

But Superintendent Alan Addley said the read-aloud book is about the value of acceptance, and is a story of unconditional love.

He sent a memo to parents who contacted him about the book, which won the Stonewall Book Award, a top honor from the American Library Association for LGBTQ books. Addley explained that the curriculum team reviewed the issue and decided that the book will remain in circulation.

In a memo sent out by the district, the main theme of the lesson around the book wouldn’t necessarily be gender identity — although they say that may be “relatable” to some students.

Keller ISD in North Texas was one of several school districts across the U.S. to pull dozens of books from library shelves. The books removed were challenged last year within the school district and included the Bible, “The Bluest Eye” by Toni Morrison, and more. NBC News Senior Reporter Mike Hixenbaugh joins LX News to discuss more about why these kind of books are being banned.

The choice to leave the book in the curriculum drew support from some members of the community.

“I don’t have any young children but I would be fine with that because it’s the real world,” said Lois Warnock.

“I think it’s important to normalize that people feel comfortable in their bodies whatever that means,” said Kendall H., of Wilton.

Addley told NBC New York that he supports a diverse collection of materials in his schools, which this year will continue to include “Julian Is A Mermaid.”