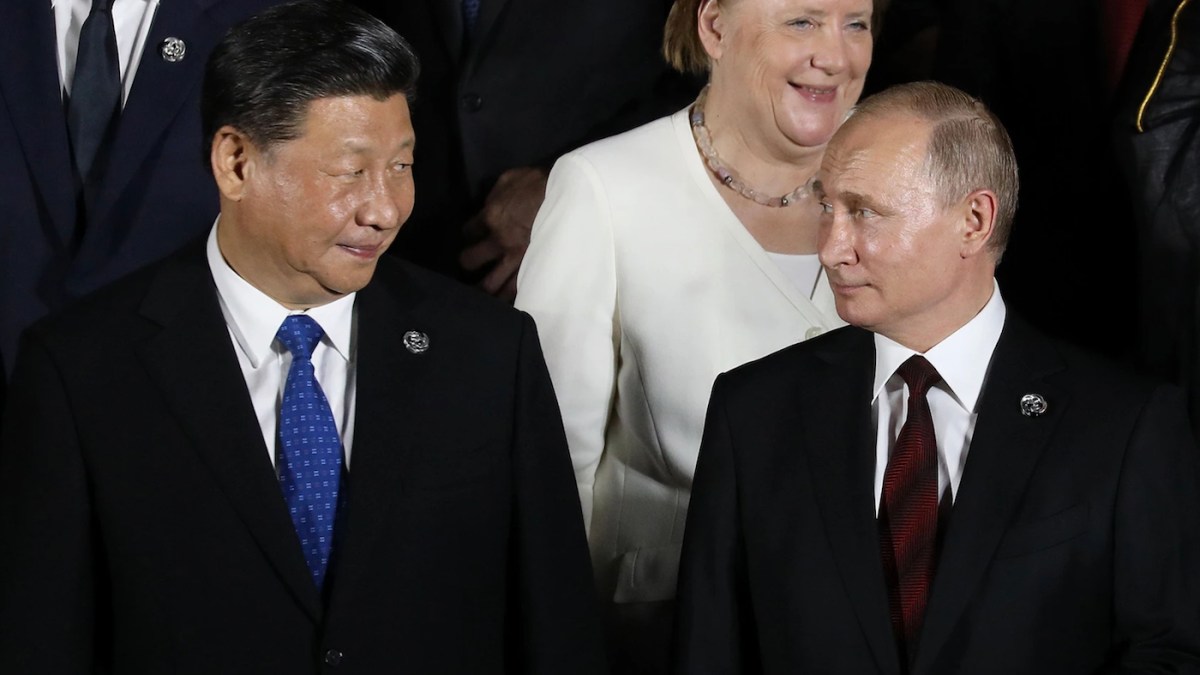 Things are not going well for the Russian president, Vladimir Putin. On September 30 he announced the annexation of four Ukrainian regions that are partially controlled by Russia. Yet less than a day later, Ukrainian troops captured the strategic town of Lyman in the north of the annexed Donetsk region.

Before the lower house of the Russian parliament, the State Duma, could even approve the annexation on October 3, the Russian front in the southern Kherson region had collapsed in parts. These successes showed how tenuous the Kremlin’s grip was on the regions it had proclaimed to be “forever Russian.”

By the morning of October 4, Ukrainian forces had advanced some 30 kilometers beyond their positions over the weekend, indicating that there was still significant momentum behind their counteroffensive.

Western condemnation of the annexation was hardly a surprise. Nor was a warning from NATO’s secretary general, Jens Stoltenberg, that there would be “severe consequences” if Putin made good on his threat to use nuclear weapons.

Against the background of the alleged sabotage of the Nord Stream 1 and 2 pipelines in the Baltic Sea, the alliance also issued a statement that “any deliberate attack against allies’ critical infrastructure would be met with a united and determined response”.

The increasingly tense and volatile situation in and around Ukraine now clearly has more potential than ever to escalate into a full-blown conflict between Russia and the West. This makes it even more of a global security concern and raises the question of how China – Russia’s most significant strategic ally – positions itself.

China: the sum of all ambiguities

A UN Security Council resolution condemning the referendums and denouncing the annexation was predictably vetoed by Russia on September 30.

Putin may consider it a success that China – alongside Brazil, Gabon and India – was among the four security council members that abstained. But nothing in the Chinese representative’s subsequent statements indicated that Beijing would recognize the annexations.

So China’s stance remains ambiguous. It stops short of condemning Russia, but at the same time has not rowed back on its long-established position on the sanctity of the principles of sovereignty and territorial integrity.

An editorial in China’s state-owned Global Times on October 2 put the blame for the escalating crisis squarely on the US. But it also noted that in the case of a nuclear war: “There will be no security for anyone, not for Ukraine, and not for the world.”

A day later, Kremlin spokesman Dmitry Peskov paddled back on earlier comments by Putin and Chechen leader Ramzan Kadyrov that had suggested the use of nuclear weapons by Russia.

Less than a week earlier, Chinese President Xi Jinping had met with Kazakhstan’s President Kassym-Jomart Tokayev. There, Xi sent a clear message of China’s “strong support to Kazakhstan in protecting its independence, sovereignty and territorial integrity.”

Kazakhstan – a country with a large ethnic Russian population and justifiable fears of Russian interference – now has effectively a Chinese security guarantee against Moscow.

Much like China’s abstention from the vote in the UN Security Council, taken on their own, these actions leave a lot of ambiguity in Bejing’s position. But taken together, they seem to indicate China’s red lines: no nuclear escalation and no recognition of the recent annexations.

This limits Putin’s options and explains the increasingly frantic and desperate moves by the Russian president. He is trying to create a situation on the ground that might eventually lead to some kind of negotiated deal, leaving him with at least some territorial gains in Ukraine.

But Beijing’s ambiguity also reveals something about China’s game plan. Putin’s humiliation in Ukraine would also be something of a defeat for Xi, who is seeking to secure an unprecedented third term as China’s leader at the congress of the Chinese Communist party later this month.

Xi still considers Putin a useful ally in his quest for a new global order. There is little sign that the partnership that Xi and Putin committed to just before the Russian invasion of Ukraine is coming to an end.

China benefits from the increasing asymmetry of its relationship with Russia, with Putin more and more in the role of a junior, rather than equal, partner. This means that the ambiguity in China’s position is unlikely to come to an end either any time soon.

Yet, the problem for Xi – and even more so for Putin – is that the longer the war in Ukraine lasts, the weaker Russia will become and the less valuable an ally. Given that there are no indications so far that China will throw its full weight behind Russia in the war in Ukraine, time is not on either of their sides.

In turn, this creates a prospect for a Ukrainian victory, not necessarily on the battlefield, but at future negotiations. The concessions required from Kiev for an end to the war will diminish as the pressures on Moscow – militarily, domestically and globally – increase to make a deal.

So Ukraine’s rejection of any negotiations with Putin, for now, makes sense. Improving its position on the battlefield ahead of a probable lull in military activity over the winter will further drain Russia’s capacity to sustain its war effort.

This will likely lead to more pressure from Beijing on Moscow, not necessarily in the open, but behind closed doors. China will continue “to play its role in its own way” as the country’s foreign minister said during his recent meeting with the EU’s high representative.

Like any other war, the one in Ukraine will sooner or later end at the negotiating table. Putin may not be the one to sign the inevitable deal, but Xi is almost certainly going to be there to oversee it.