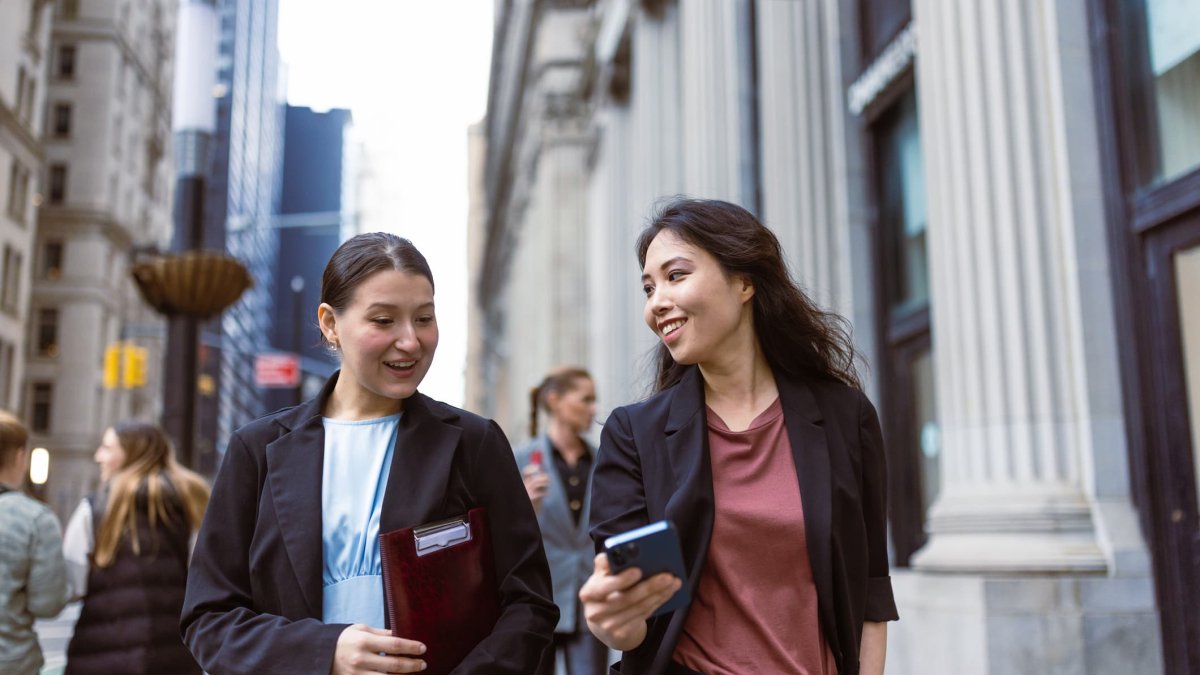 A new pay transparency law is now in effect in New York City, and it’s set to help millions of workers across the U.S. earn more money.

As of Nov. 1, most employers in New York City must list the salary range on all posted job ads, promotions and transfer opportunities. It applies to any position that can or will be performed, in whole or in part, in New York City, whether it’s done from an office, in the field or remotely from the employee’s home.

The law may apply specifically to workers in New York City, but experts say it’s likely going to have a big impact for workers nationwide.

Employers are starting to list pay ranges for jobs across the U.S.

Because of the size and scope of the law, it’s likely employers will roll out pay bands on job postings across the U.S. It’s already happened at Citigroup and Macy’s, and a growing list of companies, including Google, IBM and American Express announced this week they’ll do the same.

It could also make sense for companies to publicize pay ranges on all jobs if they plan to allow any work to be done remotely. As written, the law applies to non-NYC businesses that want to post job ads for remote work that could be done from “anywhere in the U.S.,” as that includes New York City.

A similar law exists in Colorado and has been in effect since January 2021. It requires companies post salary ranges for any job that could feasibly be done from Colorado, including people working remotely from the state for a company based elsewhere. In response, though, some companies tried to avoid compliance with the law by barring Colorado residents from applying.

Experts say employers are less likely to try the same thing for the New York City talent market, which boasts more than 8 million residents and some 4 million private-sector workers. For comparison, the state of Colorado has a population of roughly 5.8 million residents and a labor force of 3.2 million workers.

Workers across the U.S., like Emma Wiley in Philadelphia, are optimistic NYC’s new law could pave the way for similar legislation nationally, or at least encourage companies to create their own policies.

Wiley, 25, works as a bank teller and says she was surprised to learn about the NYC law on social media this week, given Corporate America’s lobbying power and ability to dampen transparency efforts. The law’s start date was delayed from the spring after fierce opposition from New York City business groups.

“It would be a great idea for this to be pushed forward, but I don’t see that happening unless it ends up helping businesses in New York City,” she says. If companies see how salary transparency could improve their ability to hire, they might create policies on their own, even before it becomes law in their state or city.

Salary transparency laws are sweeping the U.S. and are only likely to gain ground, says Cassandra Rose, the head of people at the benefits marketplace Fringe. Starting January 2023, states including California, Rhode Island and Washington will require companies to list salary ranges in job ads.

“Even if you think laws in New York City or Rhode Island or Colorado or California don’t apply to you, just know that these are the first of many to come,” Rose says. “They’re going to put pressure on other places. I advise businesses get ahead of it before it’s a requirement you have to race against.”

Workers can use NYC pay to figure out their own market

New York City pay data could help workers from anywhere in the U.S. find a benchmark to figure out their own market rate and prepare for salary negotiations.

Job seekers could see if the company they’re applying to is hiring for the same role in New York City to figure out what they can expect if they get the job. In the age of remote work, some companies have done away with location-based pay, so their NYC range could really be what they pay everywhere.

Or, seeing what a NYC employer is paying for a certain role can be a starting data point to figure out what you should be paid for the same work in your market, adjusting for your geography.

Ann Cascella, 34, has tried this strategy on her job search for a data analyst role: She looked up job openings in Colorado, to see what they paid for her line of work and experience. Then, she adjusted the range upward to accommodate her higher cost of living and market rate in New York City to set her salary expectations. Now that the pay disclosure law has come to New York City, she can get an even more accurate read on the going rate for her line of work.

Why employer pay disclosures are better than online salary databases

There are endless salary databases to research your pay online, including Glassdoor, LinkedIn, Indeed and other industry-specific sites.

But sometimes those numbers aren’t the most up-to-date, or they don’t reflect what you can actually expect given a specific job title, company and location.

For example, take a job opening with Citi for a “corporate functions business manager.” As of Monday, an Indeed job posting for the role estimates the salary to be $122,000 to $154,000, based on data from employees with similar jobs, employer postings for similar jobs and salary information from the same location. Indeed notes that “these figures are given to the Indeed users for the purpose of generalized comparison only.”

Lower in the same posting, and copied from Citi’s actual job board, it’s advertised the job will pay $120,710 to $181,070 per year. That means someone could miss out on almost $30,000 at the top of Citi’s actual range versus Indeed’s estimates.

The problem with basing salary ranges for a current listing on what people previously made is that it could be outdated. Employers have quickly raised wages in order to hire in a competitive market and during the Great Resignation, Rose says.

Many others have also adjusted pay in response to high inflation, causing some salary ranges to skew “out of bounds” from even recent benchmarks, she adds.

The NYC salary transparency law may be directed to help job seekers, but there’s no doubt current employees will also see this data and compare how their own pay stacks up.

Rose is curious if we’ll see more workers asking for raises in the coming months, especially if they have a fuller picture of their earning power while going into year-end review season. Employers can use this opportunity to explain the reasoning why people fall within a certain pay range (like their tenure, certifications or performance record) and what it will take to move up the range, Rose says.

“Having this information readily available helps people think about their careers and paths and possibly changing to jobs that are better-paying,” she says. “It’s exciting to think this is opening up opportunities for people to move into better-paying work.”

Want to earn more and work less? Register for the free CNBC Make It: Your Money virtual event on Dec. 13 at 12 p.m. ET to learn from money masters like Kevin O’Leary how you can increase your earning power.

Sign up now: Get smarter about your money and career with our weekly newsletter

Dubai: Security guard helps 2 others steal Dh97,000 worth of goods; all 3 convicted

George Santos to step down from House committees amid biography lies