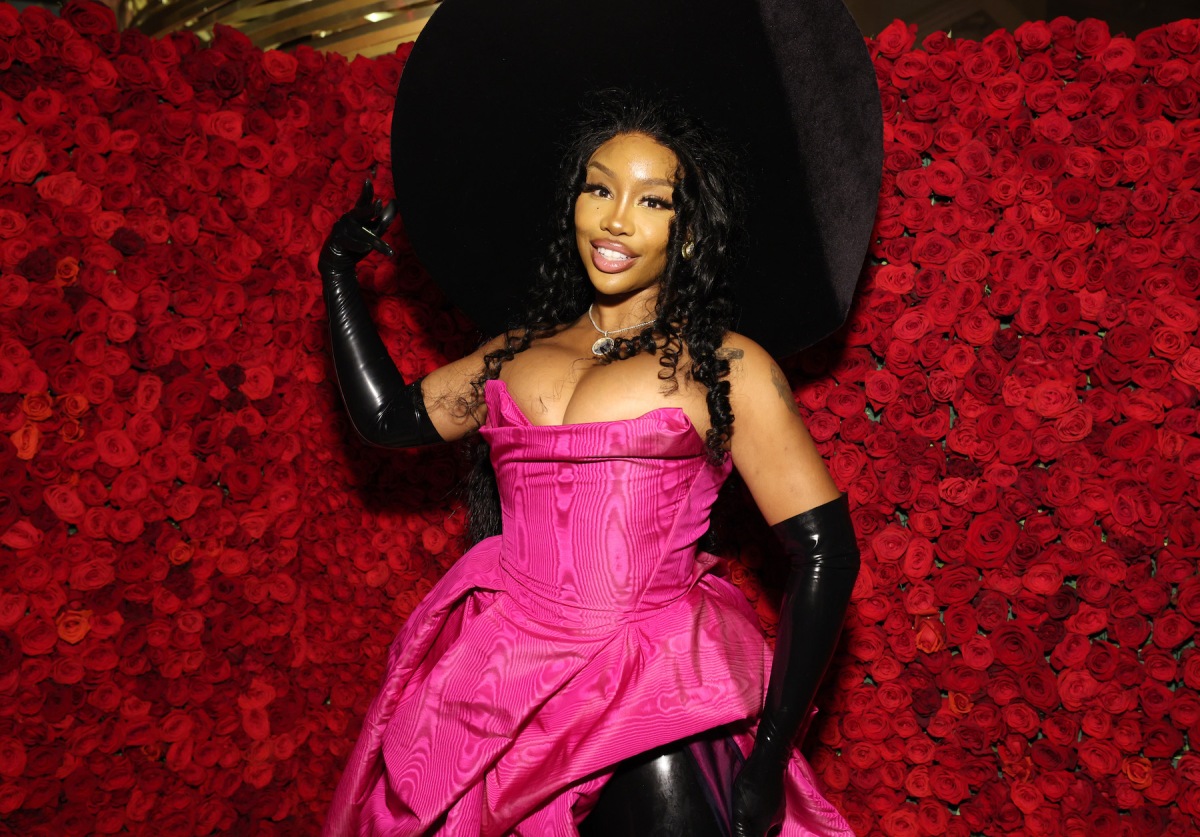 Grammy-winning musician SZA was introduced to many people in 2017 with her breakout debut album Ctrl. In the years since then, SZA has become more of a household name thanks to collaborations like her hit single “Kiss Me More” with Doja Cat. Now, five years after the release of Ctrl, SZA is back with S.O.S., her highly-anticipated sophomore album. The album cover itself was something that SZA put much thought into.

SZA first revealed details about S.O.S. in a November 2022 interview with Billboard. The singer admitted she was “stressed” about finishing her album in time for its Dec. 9 release date.

“I hate the red tape analytics of dropping anything — it’s so stressful,” she said honestly. “I hate the word ‘single.’ It’s like, ‘What the f*** separates a single from other sh-t on my album that I like? Why does it have to be different?’”

“I only do what I want to do,” she said, adding that sharing songs with her fans via SoundCloud and unofficial releases “makes [her] feel free and safe and unrestricted.”

SZA has been nervous for the release of S.O.S., while fans have been eagerly awaiting to hear it. Some also noted that the album artwork that SZA revealed on Instagram — featuring her sitting on a diving board seemingly in the middle of the ocean — resembled a now-famous photo of Diana, Princess of Wales on a yacht in Saint-Tropez just six days before her death.

In a December 2022 interview with Hot 97, SZA spoke about the Diana connection and confirmed that the resemblance to the iconic image was intentional.

“Originally I was supposed to be on top of, like, a shipping barge,” she said. “But in the references that I pulled for that, I pulled the Diana reference because I just loved how isolated she felt and that was what I wanted to convey the most. And then at the last minute, we, like, didn’t get clearance to get the shipping barges that we wanted and we were like, ‘We’re gonna build the diving board instead. We’re still gonna try it.’ We didn’t nix the boat altogether and we tried it and it turned out cool and I wasn’t sure it was going to be really cool until, like, right now.”

Prior to her breakout with Ctrl, SZA released the EPs S and Z, and was preparing a third project titled A; after she signed her first major-label recording contract with RCA Records in 2016, it was reworked into what became Ctrl. The album ended up earning her five Grammy Award nominations including Best New Artist. In the following years, she worked with artists from Cardi B to DJ Khaled.

Fans have been asking SZA for updates on her second album for years at this point. In early 2022, she and Doja Cat won their first Grammy Award for “Kiss Me More.” She commemorated the fifth anniversary of Ctrl‘s release in the summer by releasing a deluxe version of the project, and has been teasing her next album with songs like “I Hate U” and “Good Days,” both of which reached the top 10 on the Billboard Hot 100.

RELATED: SZA Needed Crutches to Walk At the Grammy Awards Because She Fell Right Before the Event