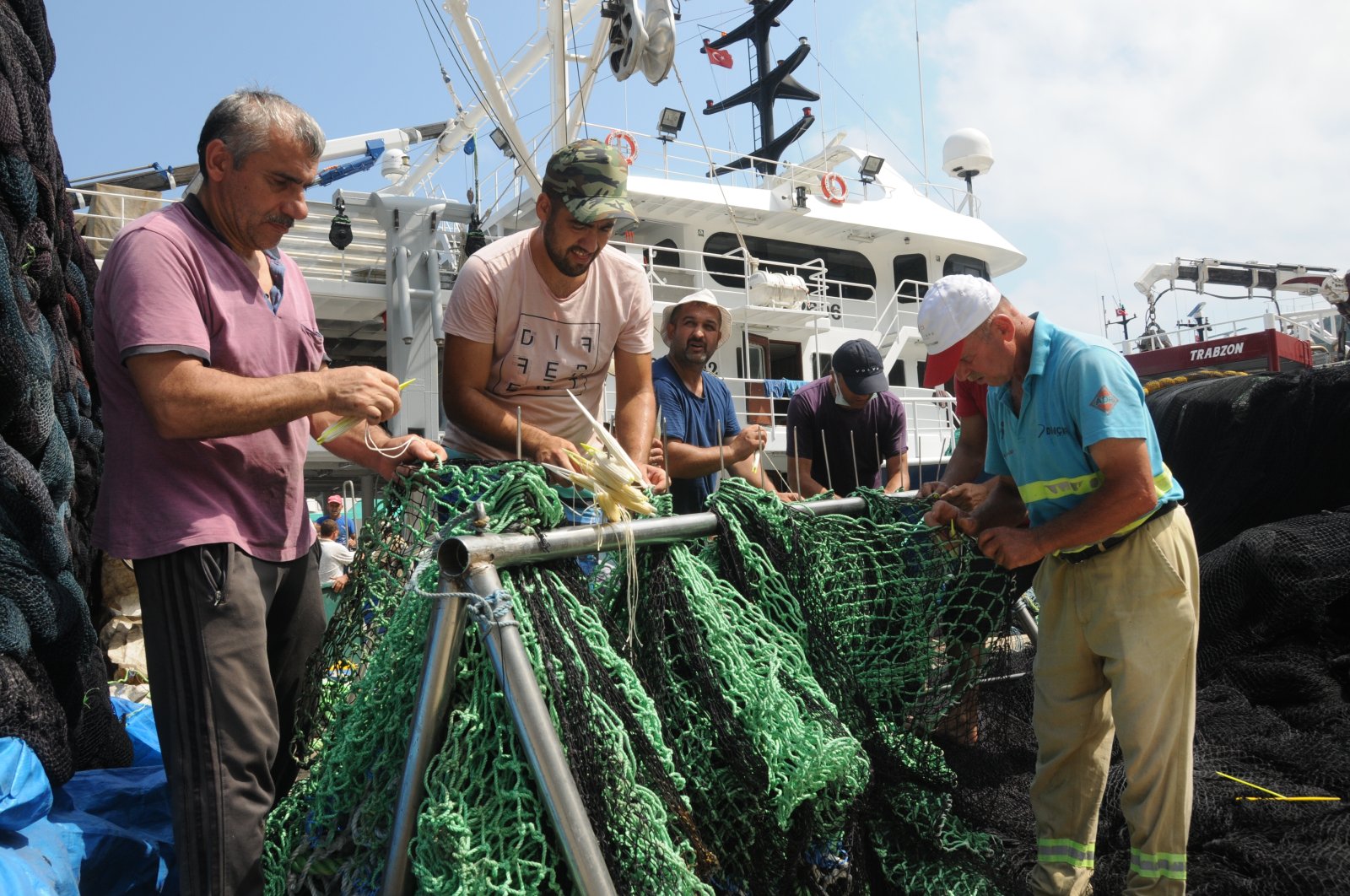 Aquaculture may have trumped fishing, but fishermen are hopeful for the new hunting season set to start on Thursday as the official ban ends.

Fishing is the main livelihood for thousands in the country surrounded by seas. Last year, it was partially hurt by sea snot or mucilage in the Marmara Sea but this year, an abundance of the fish, particularly bonito, is expected.

In the Black Sea, the main supplier of fish, bonito, hamsi (a type of anchovy) and bluefish have been spotted aplenty, instilling hope in fishermen after a break of about five months.

“We have seen migrating fish arriving in the Black Sea and an abundance of hamsi. It is something we owe to good weather,” Atıf Malkoç, who heads a cooperative of fishermen in the major Black Sea port city Samsun says. “I believe it will be a good season and our estimate is our fishermen will catch some 250,000 tons of hamsi at least, like they did last year,” Malkoç told Anadolu Agency (AA) on Monday. Yet, he added, the bonito available for fishing was not as meaty as they expected this season as “they could not feed enough because of seawater temperatures.”

Though their luck with fish may be good, Malkoç says a common complaint of fishermen was the high price of fuel.

“We want the government to remove value-added tax in fuel for fishing boats,” he said.

Fishery production rose 35.9% in about six years, rising to 799,851 tons last year, from 588,715 tons yearly, according to the Turkish Statistical Institute (TurkStat), but fishery products obtained from seas decreased while aquaculture products are on the rise. Türkiye, on the other hand, boosted its fishery product exports by 74.1% in 2021, from more than $790.3 million to more than $1.3 billion.

A campaign by the government to eliminate randomly discarded fishing equipment from Turkish seas has helped save some 1.7 million marine creatures so far. Ghost nets threaten both marine life and pollute bodies of water, often remaining there for years. They function as a kind of passive predator for fish and other species, disrupting their habitat and the environment where they feed. Indirectly, they can even change the migration patterns of marine life and worse, speed up the extinction of endangered species.

Studies show some 309 marine organisms die in every 100 meters (330 feet) of ghost net after becoming stuck, dealing a blow to biodiversity. The campaign to clean up ghost nets covers most regions in Türkiye, from the coasts of Hatay, Antalya, Adana, Mersin, Muğla in the south, and Izmir, Aydın, Balıkesir, Tekirdağ, Çanakkale, Bursa, Istanbul, Yalova, Kocaeli, Sakarya and Sinop in the west. Landlocked places like the capital Ankara and the cities of Konya and Isparta are also included in the campaign where lakes and other bodies of water are combed. This year, more provinces will be included in the campaign, which has already combed an area of about 96 million square meters so far. Some 546,000 square meters of nets were cleared and partially recycled.

Experts warn fishermen to take their own measures and prevent polluting the sea by leaving behind ghost nets.

The Ministry of Agriculture and Forestry recently launched a new project to track down discarded nets. A tag application mandatory for commercial fishermen allows tracking with QR codes on each net.

Though the exact figures are not available, it is estimated that 1,500 kilometers (932 miles) of nets are lost or left by fishing boats every year. Nets made of plastic derivatives also contribute to plastic pollution at sea. In 2020 alone, authorities removed ghost nets from 10 locations across an area of 10,000 square meters. In 2019, the government mandated that all commercial fishing boat operators must inform the authorities of the type, quantity and coordinates of the nets lost at sea.