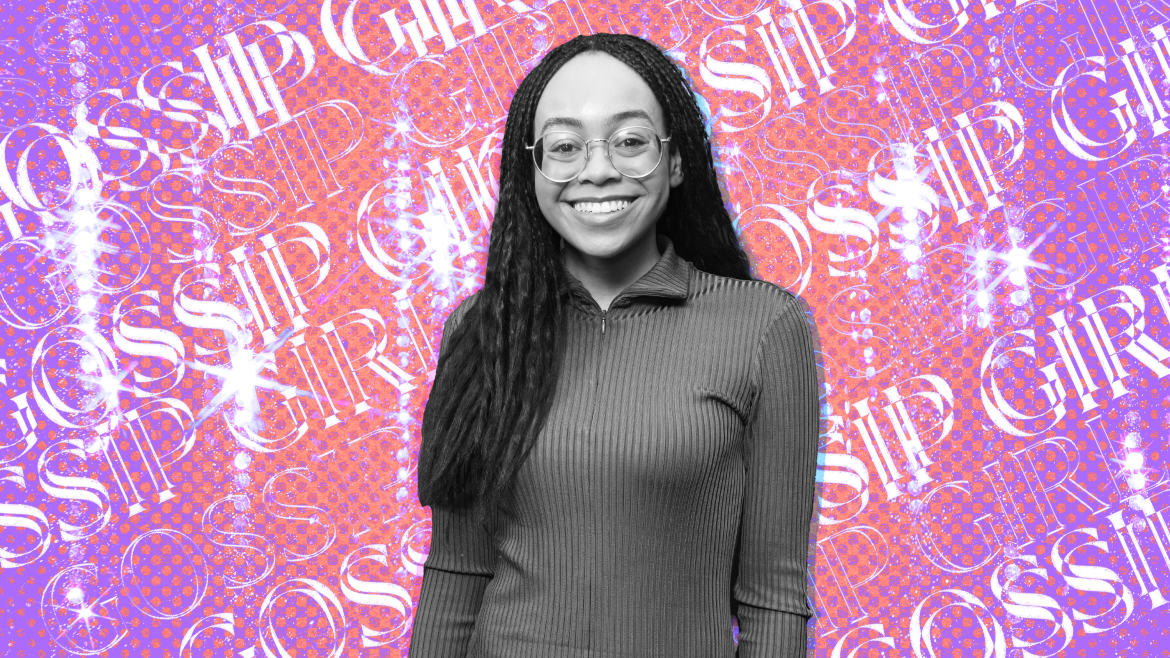 Around a week ago, Hunter Harris made the new Gossip Girl reboot the most lifelike it’s ever been. In the second episode, Harris appeared in a cameo on the HBO Max show as herself, writing a profile of some of the characters for the fictional magazine The Spectator. And around a year and a half ago, Harris was assigned the same task—but in real life.

Working as a freelance writer, Harris penned an on-set profile of the Gossip Girl cast for Vulture. Now, as the show releases its sophomore season, Harris has a totally different role: She’s writing for the show, as opposed to about the show. Still, she’s a prolific journalist, cranking out newsletters about the World Cup and magazine cover stories while Season 2 rolls out.

“I’m applying to adopt dogs, and I’m like, ‘Oh, what do I say my job is?’ I write for magazines and for a TV show, but also I write a newsletter. Newsletters still feel nebulous in people’s minds,” says Harris, who writes Hung Up, her own personal newsletter for Substack, as we chat over Zoom. “I just say I’m a writer, and that I write across a couple different projects.”