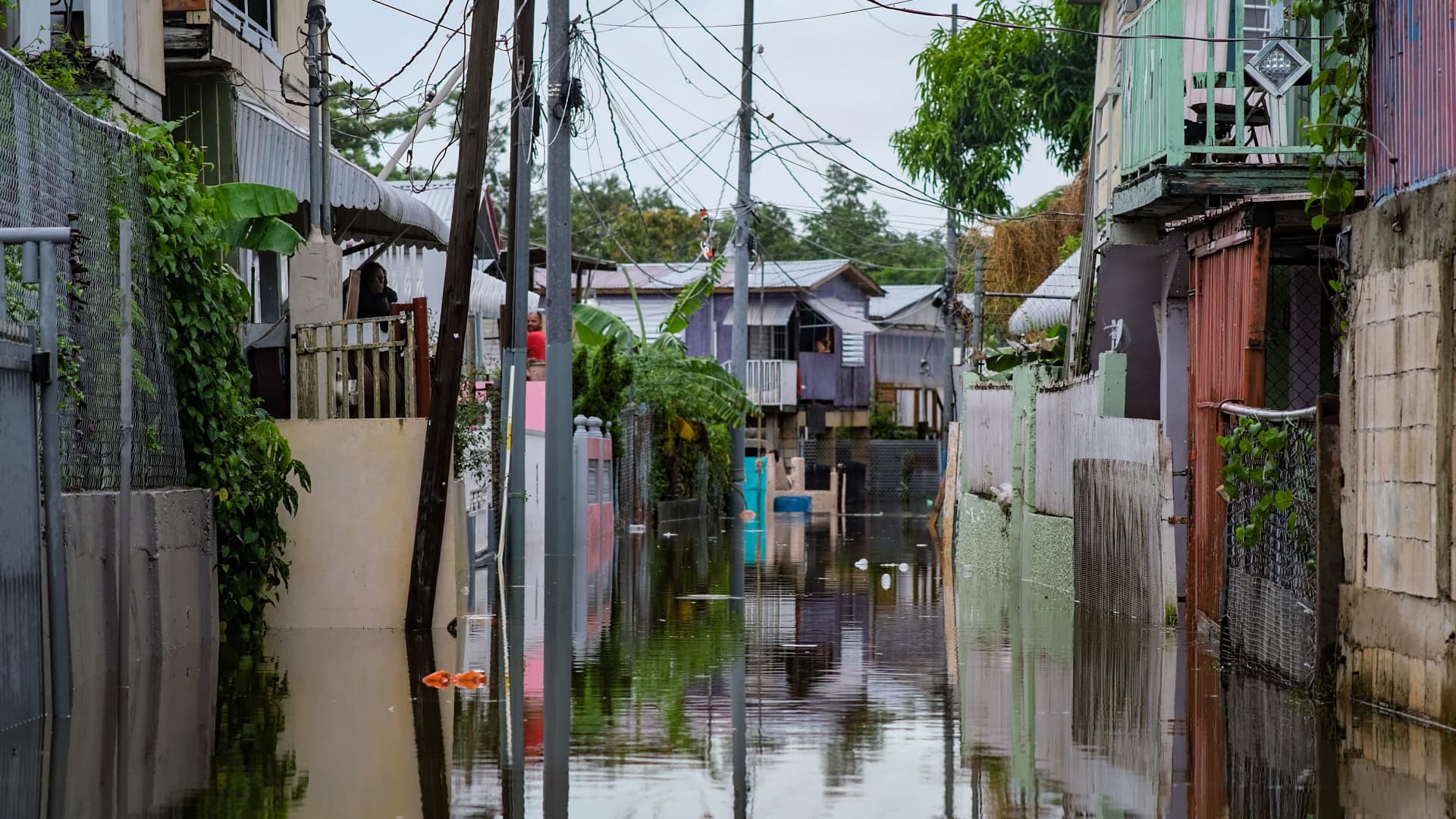 A flooded street is seen in the Juana Matos neighborhood of Catano, Puerto Rico, on September 19, 2022, after the passage of Hurricane Fiona.

Hurricane Fiona unleashed more rain on Puerto Rico on Monday, a day after the storm knocked out power and water to most of the island, and National Guard troops rescued hundreds of people who got stranded.

The governor warned that it could take days to get the lights back on.

The blow from Fiona was made more devastating because Puerto Rico has yet to recover from Hurricane Maria, which killed nearly 3,000 people and destroyed the power grid in 2017. Five years later, more than 3,000 homes on the island are still covered by blue tarps.

The storm stripped pavement from roads, tore off roofs and sent torrents pouring into homes. It also took out a bridge and flooded two airports.

Authorities reported two deaths from the hurricane — a Puerto Rican man who was swept away by a flooded river and a person in the Dominican Republic who was hit by a falling tree.

The storm was still expected to dump up to 15 inches (38 centimeters) of rain in some places as it spun away from the U.S. territory that is home to 3.2 million people.

Forecasts called for the storm to grow into a major hurricane of Category 3 or greater. It was on a path to pass close to the Turks and Caicos islands on Tuesday and was not expected to threaten the U.S. mainland.

One death in Puerto Rico was associated with the blackout — a 70-year-old man who was burned to death after he tried to fill his generator with gasoline while it was running, officials said.

Gov. Pedro Pierluisi declined to say how long it would take to fully restore electricity, but he said for most customers it would be “a question of days.”

Since the start of the storm, National Guard troops have rescued more than 900 people, Gen. José Reyes told a news conference.

Meanwhile in the Dominican Republic, authorities closed ports and beaches and told most people to stay home from work. Nearly 800 people were evacuated to safer locations, and more than 700 were in shelters, officials said.

The hurricane left several highways blocked, and a tourist pier in the town of Miches was badly damaged by high waves. At least four international airports were closed, officials said.

Back in Puerto Rico, the National Weather Service office said flash flooding was occurring in south-central parts of the island and tweeted, “MOVE TO HIGHER GROUND IMMEDIATELY!”

Up to 22 inches (56 centimeters) of rain fell in some areas of Puerto Rico, and forecasters said another 4 to 8 inches could fall as the storm moves away, with even more possible in some places.

“It’s important people understand that this is not over,” said Ernesto Morales, a weather service meteorologist in San Juan.

“The damages that we are seeing are catastrophic,” Pierluisi said.

Water service was cut to more than 837,000 customers — two thirds of the total on the island — because of turbid water at filtration plants or lack of power, officials said.

Before dawn Monday, authorities in a boat navigated the flooded streets of the north coast town of Catano and used a megaphone to alert people that the pumps had collapsed, urging them to evacuate as soon as possible.

Authorities said at least 1,300 people spent the night in shelters across the island.

Brown water poured into streets and homes and closed airports in Ponce and Mayaguez. 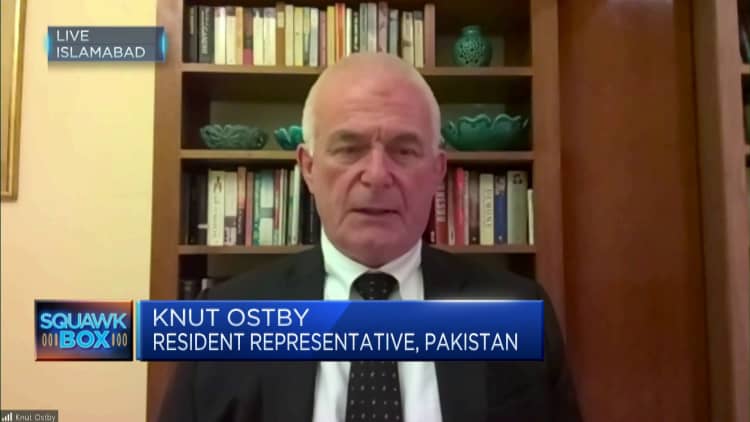 The system also ripped asphalt from roads and washed away a bridge in the central mountain town of Utuado that police said was installed by the National Guard after Maria hit as a Category 4 storm.

Fiona also tore the roofs off homes, including that of Nelson Cirino in the northern coastal town of Loiza.

“I was sleeping and saw when the corrugated metal flew off,” he said as he watched rain drench his belongings and wind whip his colorful curtains into the air.

After roaring over the Dominican Republic, Fiona moved into the open Atlantic, where it was projected to strengthen, according to the National Hurricane Center.

On Monday evening, it was centered about 130 miles (205 kilometers) southeast of Grand Turk Island and heading northwest at 10 mph (17 kph), with maximum sustained winds of 105 mph (165 kph).

Tropical storm-force winds extended for 140 miles (220 kilometers) from the center.

U.S. President Joe Biden declared a state of emergency as the eye of the storm approached the island’s southwest corner.

Fiona previously battered the eastern Caribbean, killing one man in the French territory of Guadeloupe when floodwaters washed his home away, officials said.

The system hit Puerto Rico on the anniversary of Hurricane Hugo, which slammed into the island in 1989 as a Category 3 storm.