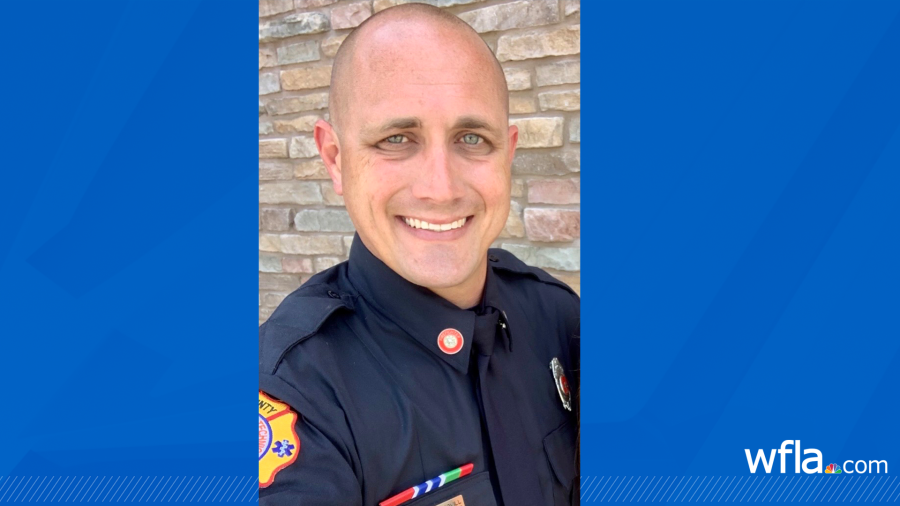 BARTOW, Fla. (WFLA) – A normal parade turned into a day that a Polk County Fire Rescue member will never forget.

While enjoying the Havendale Christmas Parade with his family last Friday, Dustin Bovill, an off-duty PCFR driver/engineer noticed something wasn’t right when he observed a child have a medical episode on a float.

With no time to think, Bovill quickly jumped onto the moving parade float and began to render life-saving aid to the child, officials stated.

“While I was watching the float pass by, I saw the father’s expression as he looked up from the float and I knew something was not right,” Bovill said in a statement. “After I saw the child’s father, I jumped onto the moving float in order to assist in any way that I could.”

That’s when Bovill became a hero. While on the float, he was able to clear the child’s airway, ultimately saving the child’s life.

According to a press release, the child was then transported to a nearby hospital.

“Driver/Engineer Bovill’s instinct to jump in and assist a citizen in need demonstrates our member’s readiness to serve whether they are on and off-duty,” said Polk County Fire Rescue Chief Hezedean A. Smith, D.M. in a statement. “Bovill’s actions and the care he provided to the child in need is something we are very proud of here at Polk County Fire Rescue.”

Krefeld Zoo: This is what the monkey house should look like