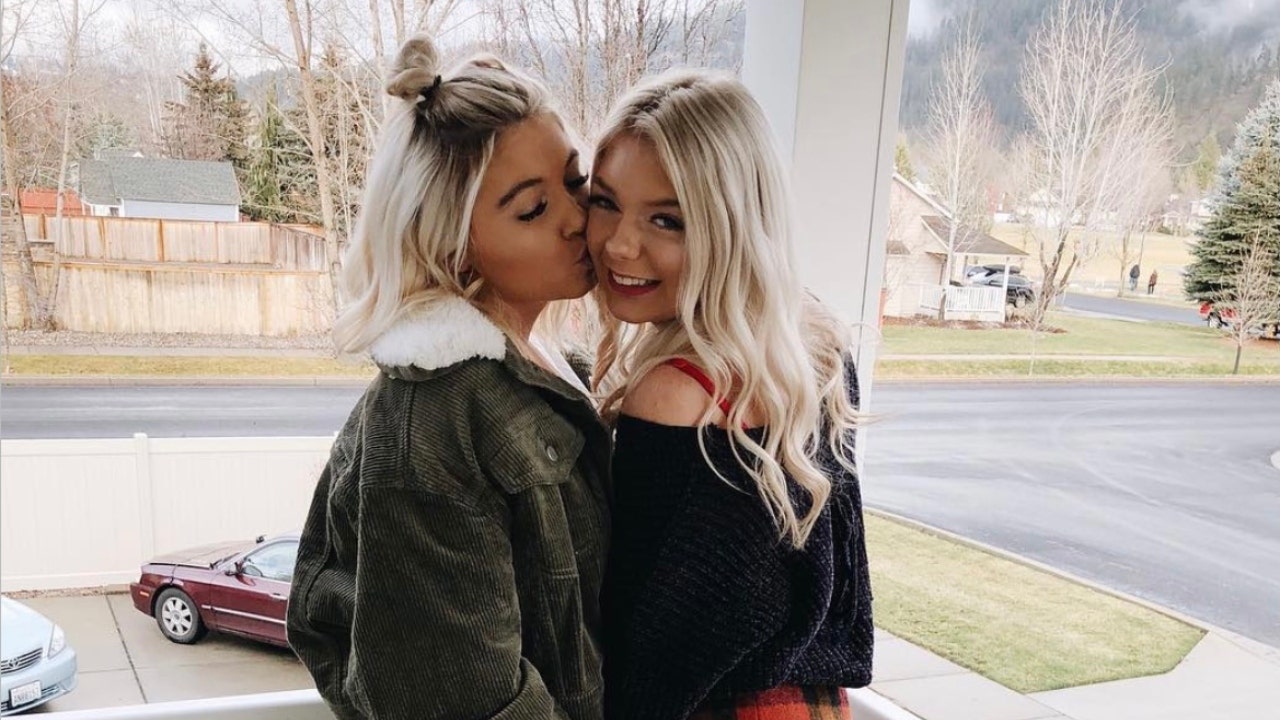 MOSCOW, Idaho – Perched in the third story window of a rental home outside the University of Idaho sits a pair of pink cowgirl boots next to a large, decorative letter “M.”

Those boots belonged to Madison “Maddie” Mogen, a 21-year-old college senior who enjoyed dancing to country music and made everyone laugh.

In longtime friend and fellow 21-year-old student Kaylee Goncalves, Mogen — an only child from Coeur d’Alene — found a sister.

“She [Mogen] loved having a sister with not only Kaylee but her entire family and it allowed her to see all the beauty in sisterhood,” said the young women’s childhood friend, who chose to remain anonymous to keep the story focused on Goncalves and Mogen rather than herself.

UNIVERSITY OF IDAHO MURDERS TIMELINE: WHAT WE KNOW ABOUT THE SLAUGHTER OF FOUR STUDENTS

Madison Mogen had a pair of pink cowgirl boots that are still displayed in the window of her rental home near the University of Idaho campus.
(Derek Shook for Fox News Digital/ Instagram)

Mogen and Goncalves, along with friend Xana Kernodle, 20, and Ethan Chapin, 20, were stabbed to death by an unknown assailant in the early morning hours of Nov. 13 while sleeping in their home on King Road near the university’s campus. Police have not identified any suspects in the case a week since the murders occurred.

In longtime friend and fellow 21-year-old student Kaylee Goncalves, Mogen — an only child from Coeur d’Alene — found a sister.
(Friend of Kaylee Gaconcalves and Madison Mogen)

The two best friends spent lots of time together — especially at Goncalves’ home with her family. They were known not only for their beauty but for their sense of humor; their “ironic” love for country music — including “old” Taylor Swift songs; their ability to make everyone feel included in their plans; and their appreciation for scenery and sunsets.

“When I think of them, I just think of girls’ girls,” the friend said, adding later: “I remember so many times when I was in a car with them and we’d drive up a hill and just look at the view.”

The two best friends spent lots of time together — especially at Goncalves’ home with her family.
(Friend of Kaylee Gaconcalves and Madison Mogen)

The friend emphasized that she wanted to focus on Goncalves’ and Mogen’s lives rather than the tragedy that took them.

“I truly think they were each other’s twins,” reads a joint statement from the two young women’s close friends.  “We want to only remember the good times about them, the memories and the laughs.”

PARENTS OF IDAHO UNIVERSITY MURDER VICTIM REVEAL WHY INVESTIGATION IS TAKING SO MUCH TIME: ‘MADE A MESS’

A photo of Madison Mogen and Kaylee Goncalves, who were slaughtered Sunday with tqo other University of Idaho students.
(Instagram)

Two surviving roommates were home during the murders but were ruled out as suspects. Police responded to a 911 call reporting an unconscious person from one of the two roommates’ phones at 11:58 a.m. on Nov. 13 and located the four deceased students upon arrival shortly thereafter.

UNIVERSITY OF IDAHO MURDERS: TWO ROOMMATES WERE AT HOME WHEN FOUR STUDENTS WERE KILLED

Police on Tuesday described the murders as an “isolated, targeted attack.” On Thursday, the Latah County coroner announced that the four students all died of homicide by stabbing, likely while they were asleep.

Goncalves was a senior general studies major and Mogen was a senior completing her major in marketing at the University of Idaho.
(Friend of Kaylee Gaconcalves and Madison Mogen)

Goncalves was a senior general studies major in the College of Letters, Arts and Social Sciences. She was from Rathdrum, Idaho, and a member of the Alpha Phi sorority.

Mogen was a senior completing her major in marketing at the College of Business and Economics. She was a member of the Pi Beta Phi sorority.

Chapin was a freshman from Mount Vernon area of Washington, according to Green. He was a member of the Sigma Chi fraternity and working to complete his major in recreation, sport and tourism management in U of I’s College of Education, Health and Human Sciences. Chaplin and Kernodle were in a relationship.

Kernodle was a junior majoring in marketing at U of I’s College of Business and Economics. She was a member of the Pi Beta Phi sorority, according to the school. Police said Kernodle was from Avondale, Arizona, but she grew up in Post Falls, Idaho.

Audrey Conklin is a digital reporter for Fox News Digital and FOX Business. Email tips to [email protected] or on Twitter at @audpants.