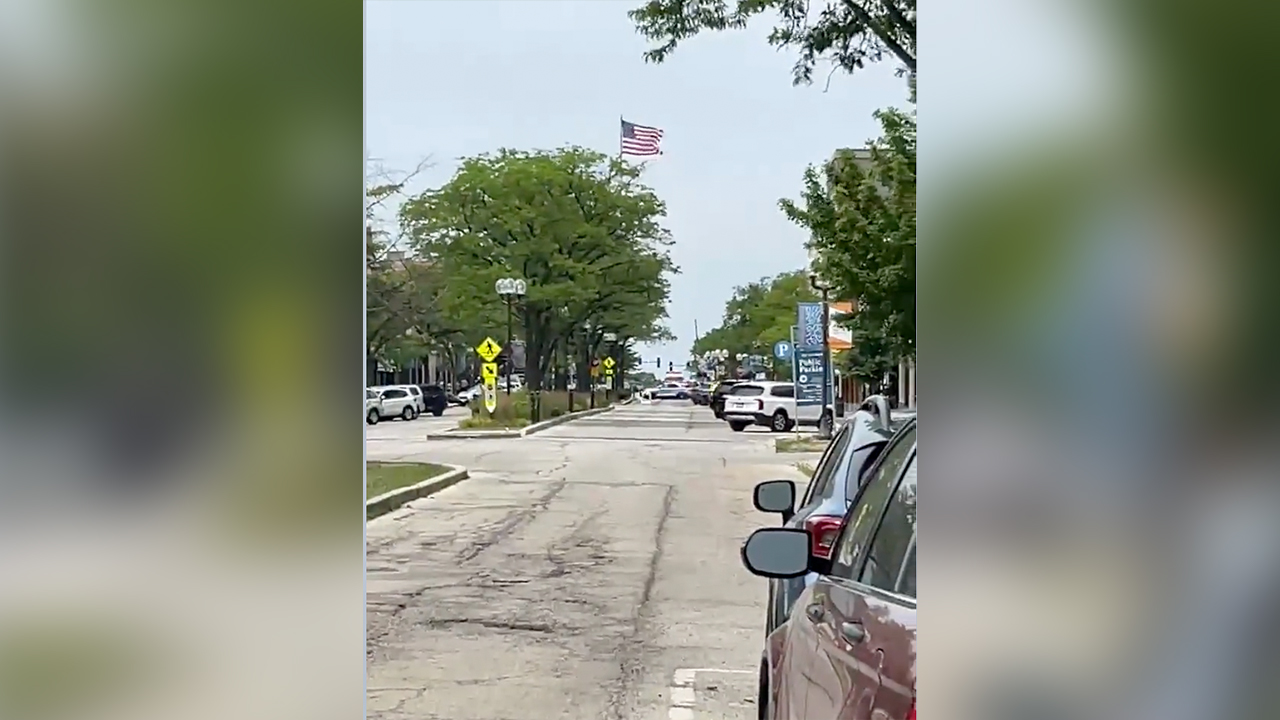 Illinois police launched a manhunt for a suspect linked to a shooting at a Fourth of July parade Monday.

The whereabouts of the suspected gunman were not immediately clear. Police scanner chatter indicated authorities were looking at numerous locations in the surrounding area, a suburban enclave about 25 miles north of Chicago.

Gov. JB Pritzker said he “made all state resources available” to assist the community and that state police were on the scene, as were officers from the Chicago Police Department.

The Lake County Sheriff’s Office warned the public to avoid the area near the shooting in Highland Park.

Illinois police launched a manhunt for a suspect linked to a shooting at a Fourth of July parade Monday.
(Citizen App)

“We are assisting Highland Park Police with a shooting in the area of the Independence Day parade route,” the sheriff’s office tweeted. “STAY OUT OF THE AREA – allow law-enforcement and first responders to do their work.”

It was not immediately clear how many people had been shot. Two people are confirmed dead.

The Highland Park Police Department confirmed they are responding to an “active situation” and will soon release a statement to Fox News Digital.

A witness told the Chicago-based WGN-TV News that he heard around 15 shots as he grabbed his four-year-old son and fled the area. He said the gunman had crouched in a “very military style” and methodically opened fire, according to an eyewitness.

Video shared to the Citizen App showed at least one police helicopter hovering overhead near the parade route.

This is a breaking news story. Check back with Fox News Digital for updates.

Michael Ruiz is a reporter for Fox News Digital. Story tips can be sent to [email protected] and on Twitter: @mikerreports