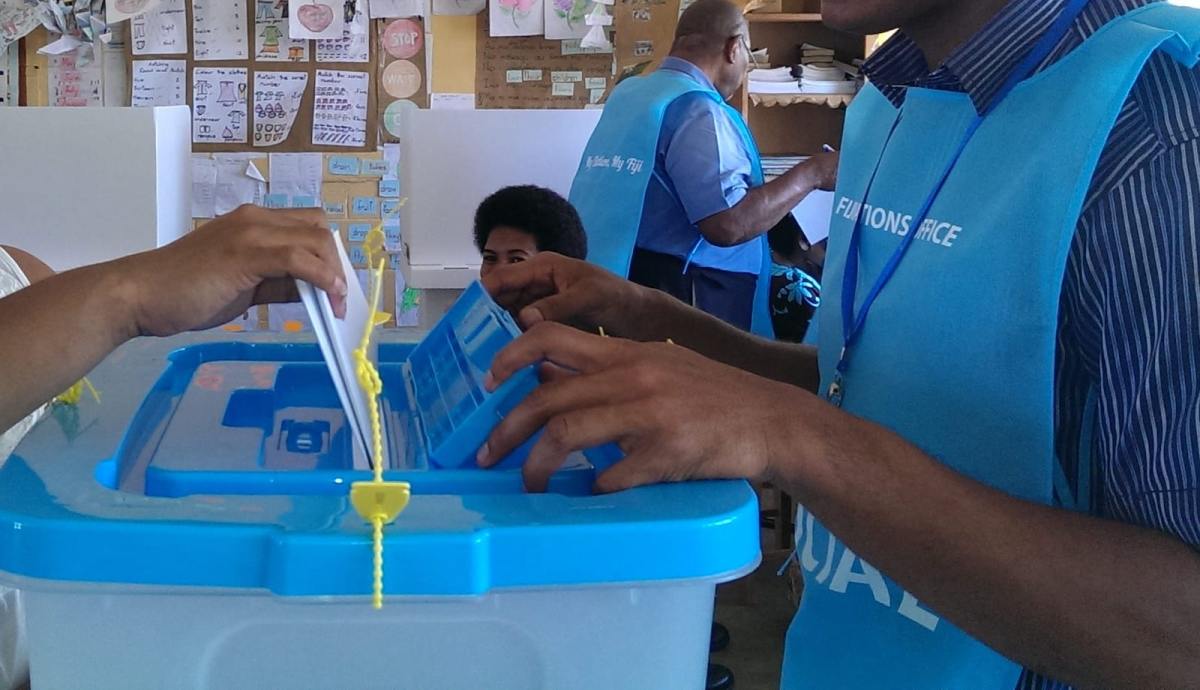 When Fijians elect a new parliament on December 14, it’s likely their votes will be counted fairly – yet the country will remain a conditional and fragile democracy.

This will be the third election since the “coup to end all coups” in 2006, which followed two earlier coups in 1987 and a civilian overthrow of the elected government in 2000.

After the 2006 coup, Fijian military head Frank Bainimarama appointed himself prime minister. In 2013 he rejected a new constitution commissioned to support a democratic state. Instead, he promulgated his own. Section 131(2) of the Constitution of the Republic of Fiji states:

“It shall be the overall responsibility of the Republic of Fiji Military Forces to ensure at all times the security, defense and well-being of Fiji and all Fijians.”

In other words, overall responsibility for the well-being of Fiji and its people does not belong to the government or Parliament. The military interprets this as meaning it is “mandated to be the guardian of Fiji.”

Democracy’s fragility is entrenched. Furthermore, Fiji’s unicameral Parliament is not big enough to support robust parliamentary checks on government, even though it will grow from 51 to 55 members at this year’s election.

Freedom and the military

Bainimarama went from self-appointed to elected prime minister in 2014 when his FijiFirst party won the first election under the new constitution. It won again in 2018 with just over 50% of the vote in the country’s proportional representation system.

International observers found votes were fairly counted, but the campaign was marred by intimidation of opposition candidates.

Shortly before the 2018 election, opposition leader Sitivini Rabuka was charged with electoral fraud. He was acquitted just in time to take his place as a candidate.

Rabuka was prime minister between 1992 and 1999, having led the coups in 1987 and having described democracy as “a foreign flower unsuited to Fijian soil.” In 2022, however, Rabuka’s People’s Alliance, in coalition with the National Federation Party, is the most likely alternative government.

Cost of living, poverty and peaceful and orderly government are important election issues. Significantly, though, the People’s Alliance manifesto suggests exploring amendments to the constitution. It also wants to remove measures that suppress human rights, previously highlighted by Amnesty International and others.

Land rights and the protection of the indigenous iTaukei culture are also important in this campaign, to the extent they have prompted an outburst typical of Bainimarama’s florid rhetorical style. At a campaign rally last week, he said of an opponent’s land-rights policy:

“This conversation will cause stabbing, murder and blood spilled on our land, and unlawful entering [of property] will happen if that conversation is condoned.”

There are also restrictions on political reporting. As the Fiji Parliamentary Reporters’ Handbook (published in 2019) explains: “As in rugby, knowing the rules is the difference between enjoying the game and not being able to follow it.”

Journalists are reminded that the right to free speech does not allow “incitement to violence or insurrection.” The handbook goes on to remind them:

“There is scope in the constitution to ‘limit … rights and freedoms … in the interests of national security, public safety, public order, public morality, public health or the orderly conduct of elections.’”

Interpretations of these limits can be broad. In November, for example, long-standing government critic and election candidate Richard Naidu was convicted of “contempt scandalizing the court” after a lighthearted Facebook post in which he pointed out a spelling mistake in a High Court judgment.

The charge – which Amnesty International says should be withdrawn – was brought by the attorney general.

Toward a more stable democracy

In my 2017 book Indigeneity: A Politics of Potential – Australia, Fiji and New Zealand, I argued that political stability requires ordered and principled measures for protecting iTaukei (ethnic Fijian) rights to land and culture. This is a matter of respecting human dignity, but also to ensure those rights are not used as a pretext for settling wider and sometimes unrelated conflicts.

Stability does not arise only from the freedom to vote and from being confident one’s vote will be fairly counted. It comes also from well-informed expectations of what governments should do and what constitutions should protect, including:

For now, while the military enjoys considerable credibility and support, its role as defender and arbiter of the public good ensures perpetual instability.

The diplomatic and economic value of its contributions to United Nations peacekeeping missions means it remains an important national institution. And the recent gift of military peacekeeping vehicles from the US is an example of the soft diplomacy used by democratic states, including Australia and New Zealand, to influence contemporary Fiji.

The effectiveness of that influence will be tested at some point. In the meantime, the Fijian people are free to change their government on December 14. But the possibility they will not be free to keep that government means, whatever the election outcome, democracy has lost before a vote is cast.

Dominic O’Sullivan is adjunct professor in the Faculty of Health and Environmental Sciences, Auckland University of Technology and Professor of Political Science, Charles Sturt University.