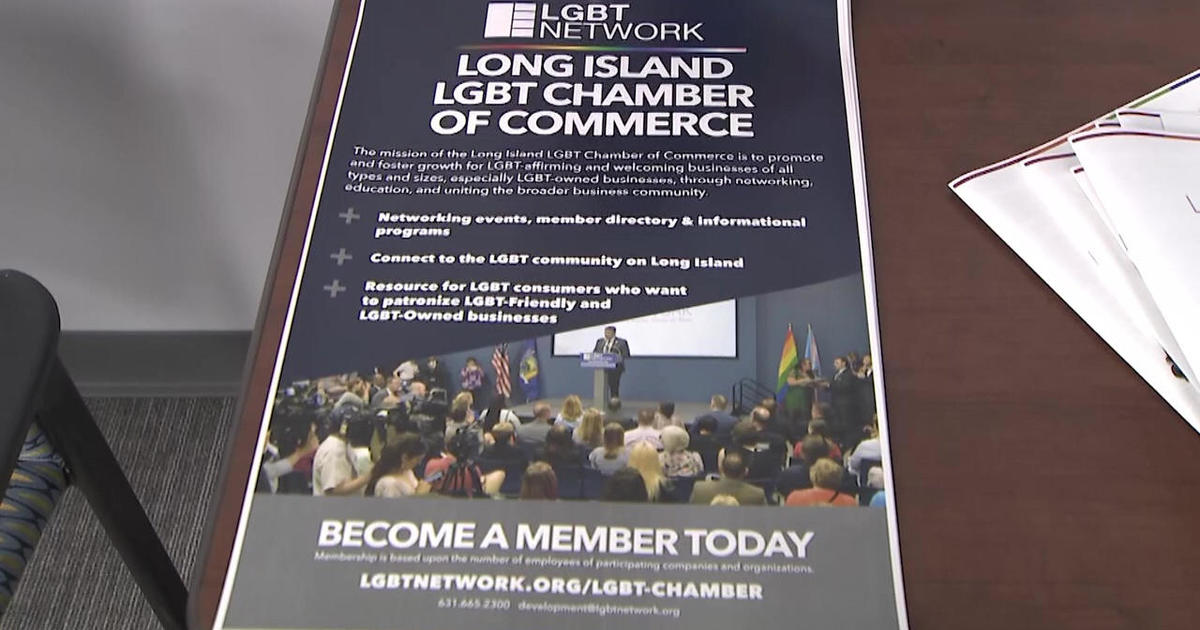 SAYVILLE, N.Y. — An LGBT Chamber of Commerce has been established on Long Island. It’s believed to be the first local one in the country.

As CBS2’s Jennifer McLogan reported Tuesday, the area’s LGBT Network is pushing for inclusion, diversity and collaboration to combat discrimination.

There was an emotional response for a historic move.

On suburban streets, many business owners call it “pioneering.”

“It will bring more visibility to gay businesses. I think it will also provide networking opportunities for us to get to know each other and support each other,” said Kenneth Letavish Brigandi, owner of Rejuvenna Spa in Sayville.

Letavish Brigandi said clients from all over the Island.

“People come in who are transitioning and I like to give them a safe space that they can be waxed and not judged,” he said.

The LGBT Chamber is encouraging all companies to join to help bring more equity and sense of belonging to their employees and potential customers, a boost to the bottom line.

The chamber will assist with recruitment and hiring.

“We would definitely do everything that we can to support both communities,” said Laura Lapiana, owner of Sayville ‘n Spice.

“I think it’s a great collaboration to bring the two together and I think everybody is to benefit from it,” added Lou Wiese of Salon 24 hair salon.

Jessica Green owns the wine shop Down the Rabbit Hole.

“Sayville is a very inviting community. It would be great. We are very close to Fire Island,” Green said.

The new chamber will push for inclusion and diversity in the local business community and combat anti-LGBT discrimination.

“Advocating for social justice and the safe workplace is part of that fight. That’s a marathon, not a sprint,” Kilmnick said.

LGBT Chamber of Commerce members will also be listed on the web, welcome stickers on their doors, to help local patrons bring financial support their way.