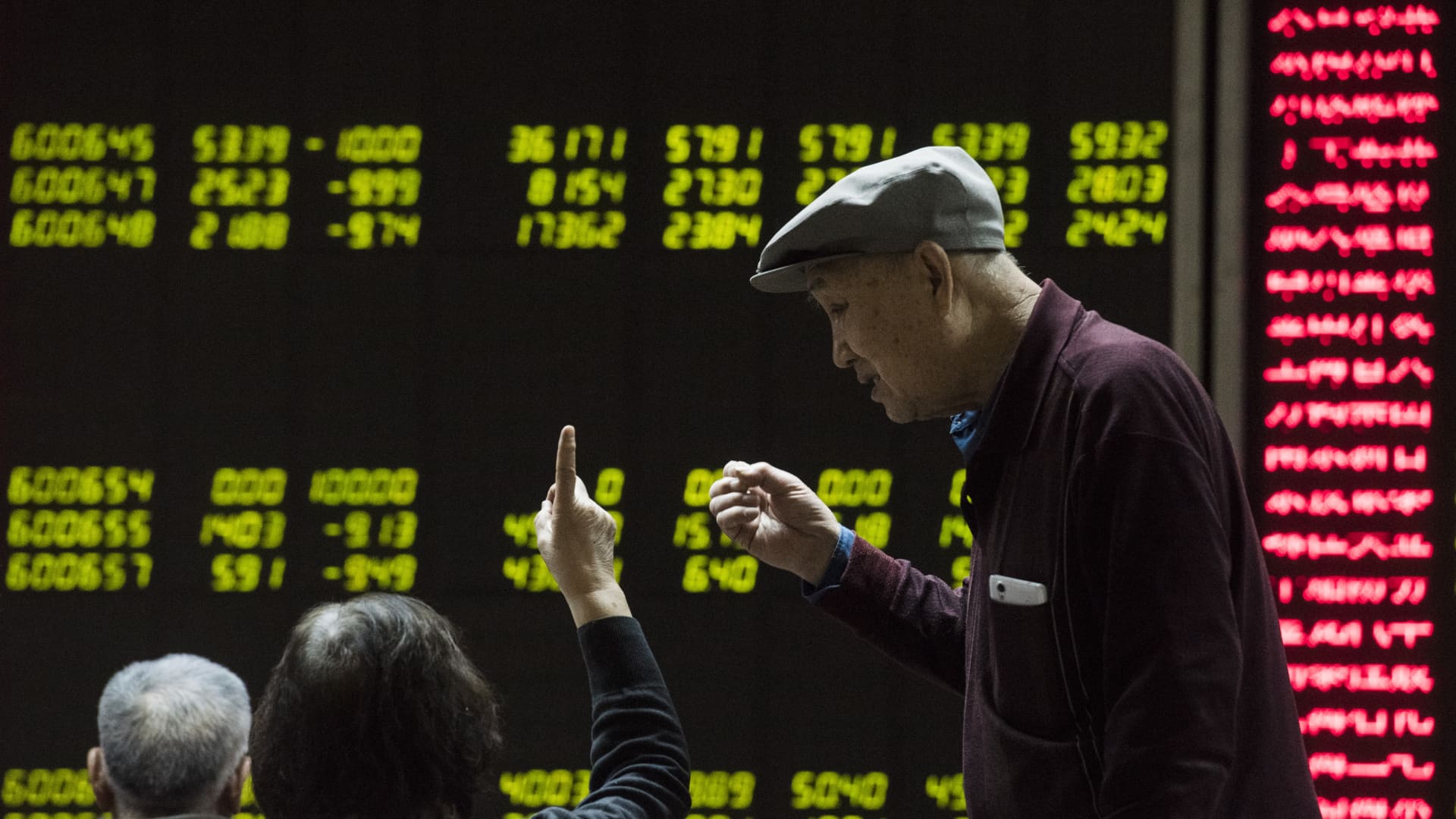 This year’s 30% decline in the value of Chinese Big Tech stocks, such as Alibaba , has made them “incredibly cheap,” according to investment bank China Renaissance. Its head of equities, Andrew Maynard, said the stock market appears to have bottomed, and most of the negative sentiment surrounding regulation and the credit crisis has been priced into the market. Hong Kong’s Hang Seng index and the CSI 300 index of large companies traded on the Shanghai and Shenzhen stock exchanges are both in a bear market, despite a strong rally over the past two weeks. The Hang Seng rose by 8.7% in November on hopes that China could soon materially roll back its strict Covid restrictions. It comes after Beijing last week announced a shortening of its quarantine requirements . Investors are also expecting Beijing to refrain from making further regulatory changes that might be viewed negatively by the markets. “We saw body blow after body blow when it came to that regulatory environment,” Maynard told CNBC Friday, speaking from Hong Kong. “Now that most of the negativity has been absorbed in the market, and as we start to see slow but steady steps in terms of a relative unlocking concept, then the market should perform well and seems to be doing so.” According to Maynard, major global long-only investors, which dominate the Hong Kong stock exchange, now view large-cap tech stocks such as Alibaba, Meituan , Tencent and JD.com as “very deeply undervalued.” “They’re incredibly cheap relative to global peers,” he added. The financial resilience of Alibaba was on display after it announced an increase in its share buyback program by $15 billion despite China’s Covid controls dragging down the e-commerce giant’s sales in a competitive market. Its Hong Kong traded shares ended the day up over 2% Friday, although its New York-listed shares were in the red after rising 7.8% the day before. “We feel that Alibaba, especially with the buyback announcement, is what investors are starting to believe, offers them a great opportunity relative to some of the global peers,” Maynard said. The prolonged downturn in the Chinese equity market has meant that many investors have reallocated their portfolios away from the country and remain skeptical. “I’ve never seen levels as low as this.” Maynard, who oversees more than $5.8 billion in assets, said. “I still think there’s a lot of investors that believe that it still remains an uninvestable environment.” However, Maynard cautioned that investors who ignore Chinese technology stocks would likely miss out on significant returns in the future. “Without a shadow of a doubt, being underweight China is going to cost you going forward,” he said. “And without a shadow of a doubt, the biggest sector in terms of percentage within that will be tech.”

Punter turns £2 into £6,716 with freak four-fold of horse racing results