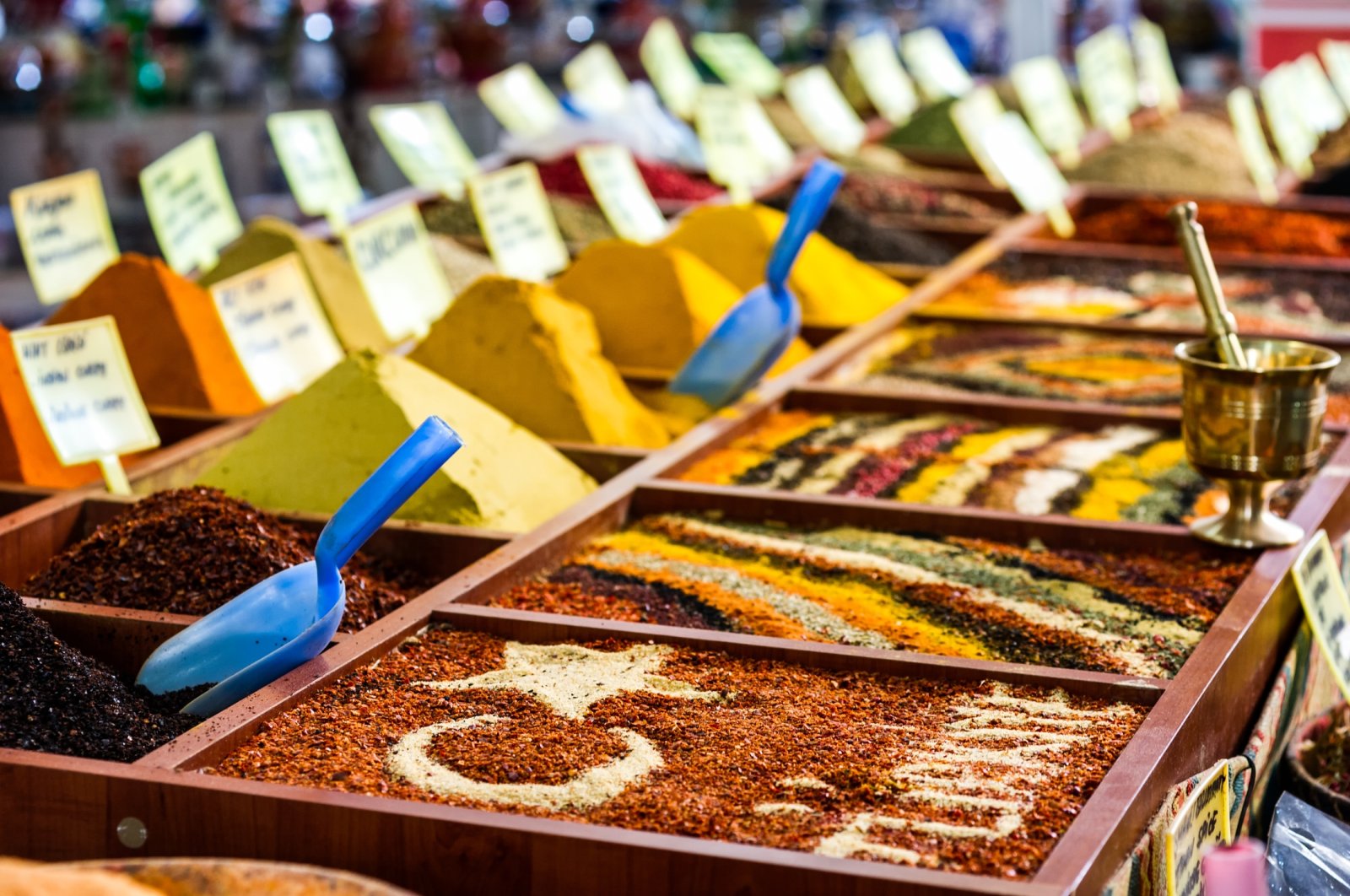 When people ask me why I choose to live in Türkiye rather than my homeland, California, one of the steadfast reasons I give them is: “For the love of food.” Because it is in Türkiye where I learned about seasonal produce, the importance of local producers and enjoying everything I eat to the fullest.

The Turks, whose culinary tradition is a quintessential representation of the Mediterranean diet, place a lot of importance on the food they consume, which is evident in their preparation, how they dine and most importantly, how they shop. For those who don’t know, the Mediterannean has repeatedly been deemed by experts to be one of if not the healthiest diets there is. Its emphasis on fresh vegetables and fruits, quality fats including olives and nuts, spices and locally sourced proteins all provide for recipes that have literally been proven to make people healthy and happy and I can truly attest to that fact as a foreigner that has now been coming to this country for decades.

While it may seem to the foreign eye that Türkiye is riddled with supermarkets, this was certainly not always the case and for many Turks sourcing their products locally is definitely a major component of their culinary tradition, especially in the lesser-developed more rural areas. In fact, over the past decade, having lived in villages connected to small towns along Türkiye’s Aegean coast, in many cases, there wasn’t or still isn’t even a large supermarket to be found. And this didn’t matter because everything I needed was still at the tip of my fingers, from local vendors and producers I knew personally no less. The local farmers’ markets, a tradition upheld throughout the country, remain to be a major source of the food consumed in most households, and they can truly serve as a major source of most everything you need. Nonetheless, in urban areas, the convenience of supermarkets is unparalleled and there are benefits to visiting the well-known chains as well. But the original tradition of food shopping in Türkiye, which is centered around supporting local communities and sourcing seasonal products, still very much continues to this day. Thus, let this serve as a guide for visiting foreigners on how to best shop for the top food products available in Türkiye.

Bar one, the freshest and widest array of seasonal products are found at the local farmers’ markets. These generally take place once a week in almost every town throughout Türkiye. While farmers’ markets, depending on their size, can have pretty much everything a household could ever need, from fruits and vegetables to cheeses, olives, spices and even cleaning materials, one steadfast rule of thumb is that farmers’ markets is where you can source locally grown wild herbs and greens, which are one of the healthiest components of the Turkish cuisine. While more limited, your second best bet for the freshest produce will be your local greengrocer, which is called the “Manav” in Turkish. An important factor to note is that if the town or village you are inhabiting does not have a greengrocer’s shop per se, chances are there will be a wandering greengrocer in the form of a truck that stops at certain locations at set times of the week, so just ask your local “bakkal,” which is the word for the small neighborhood corner shops, about the traveling truck manav’s schedule. In many cases, the local market itself may have fresh produce hidden away at the bottom of their refrigerators and so, while it may not be evidently visible, you may be able to purchase what you seek right then and there. As for the less-seasonal but still desired products such as off-season strawberries, herbs such as basil, tiny tomatoes and beets already boiled and peeled, these can be found at the larger chain supermarkets.

If you are lucky enough to live in a town that has a charcuterie, these shops are your best bet for purchasing the highest quality of cheeses and olives and they will let you taste them no less. While these items are also available at farmers’ markets, it is these smaller-scale shops called “Şarküteri” where you may also be able to find a wider arrange of foreign cheeses and sauces should you want to venture into preparing otherworldly cuisine dishes or the comfort foods from your homeland. That being said, the bigger chain stores also have charcuterie sections where you can try the cheeses you want to purchase that are also available in bulk or can be packaged in any portion size of your choosing.

Butcher shops, which in Turkish is “Kasap,” are the ideal locations to source animal proteins. However, supermarkets, and especially the larger ones, will also have a butcher section where you can also pick and choose from an array of cuts and prepared and packaged in the size of your choosing. While they may not have everything you seek, much of the meat products are sourced from free-range animals. Chicken is widely available pretty much everywhere and in some butcher or local shops, there are even rotisserie chickens that one can buy whole. As for eggs, while supermarkets certainly have a variety of organic and cage-free cartons of eggs, most Turks tend to purchase eggs from their local corner shops, in which you can buy as many as you like and in most cases, they have been provided from a community farm or villagers who sell their excess of eggs from their chicken pens.

The wide variety of nuts, dried fruits and natural sweets and snacks such as “lokum,” which most may be more familiar with by the name of “Turkish Delight,” are a true attribute in the Turkish culinary tradition and also serve as steadfast snacks for most, if not all Turks. The highest quality of fresh nuts, which are sometimes even sold warm and packaged in little brown bags, can be sourced from local “Kuruyemiş” shops, which are nut vendors. You can buy as much or as little as you want and taste your nuts. Similarly, spices, which are also available widescale at farmers’ markets, have a type of shop in Türkiye devoted to them called “Aktars,” and thus these are spice shops. Not only do these types of stores, which also exist in most towns, sell spices, but they also sell teas, herbal remedies, creams and soaps, which can make for great gifts to take back home.

Truth be told, the larger-scale supermarkets and smaller market shops littered throughout cities and larger-scale towns do, in fact, sell almost everything mentioned thus far. And for the basics, such as flour, milk, beverages, biscuits and candy, these shops will be your go-to. There are a number of smaller-sized discount chain markets that admittedly have a lesser selection and that don’t sell alcohol, but they also tend to have great deals on products and occasionally offer specialty items, such as candies from abroad, foreign cheeses and even products such as ravioli, that are not found in larger supermarkets. The benefit to the larger markets, however, is that you can easily purchase a membership card which also ensures significant discounts on a number of choice items piled up at the register.

In Türkiye, one of the most prominent culinary traditions is to purchase bread that is freshly baked and on offer along with pastries at bakeries. Referred to as “Fırın” in Turkish, bakeries tend to have lines out the door at certain times of the day and periods of the year and rightfully so, as the Turks love to consume almost everything with a freshly-baked loaf of bread.