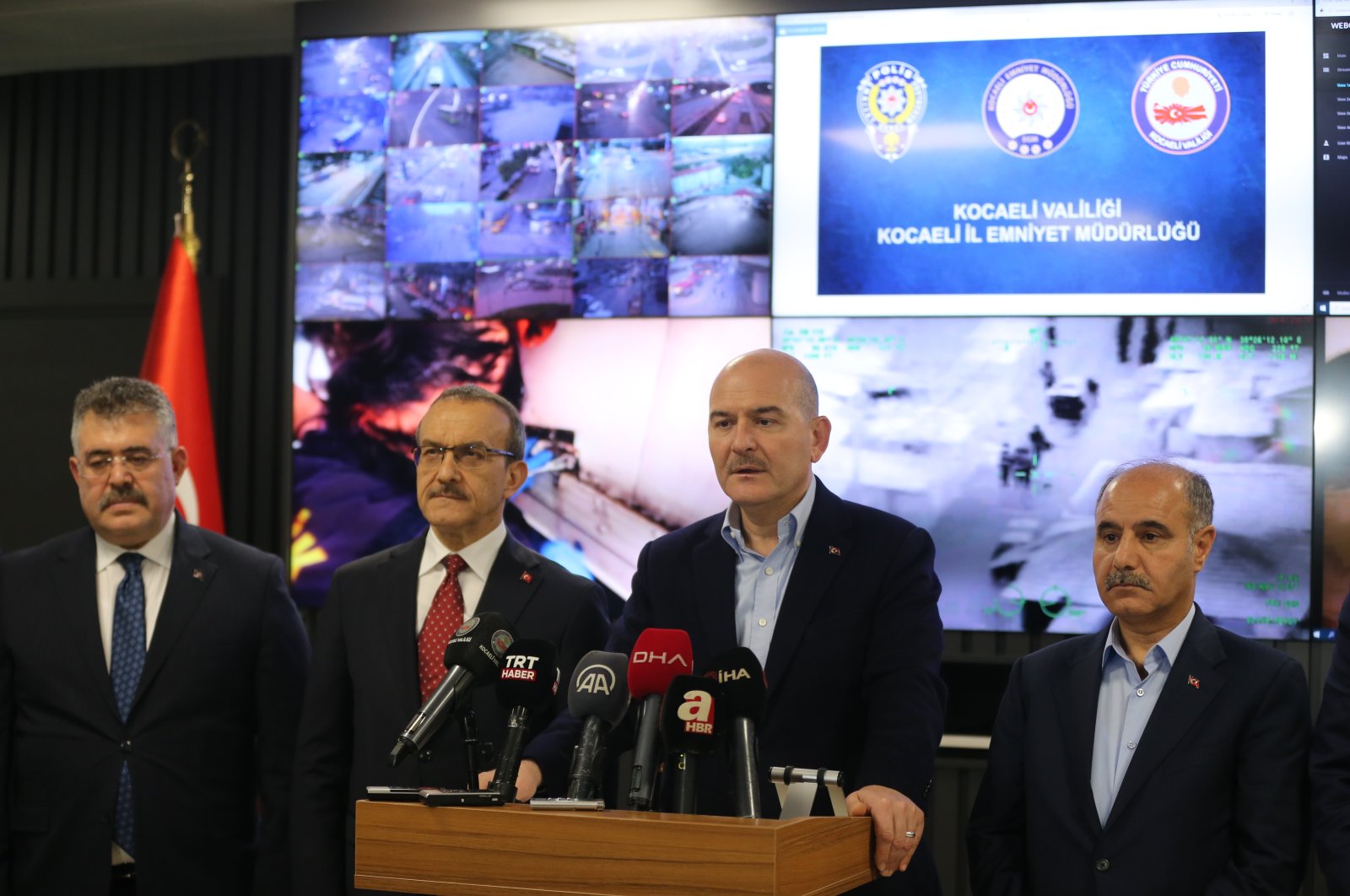 “The route of heroin and Captagon changed,” Interior Minister Süleyman Soylu told reporters as he joined police chiefs in the immediate aftermath of a series of counter-narcotics operations in the early hours of Monday.

Soylu was in Kocaeli for a press conference after counter-narcotics police detained 269 suspects in a massive operation in the city and neighboring Sakarya. It was the latest predawn operation, held in every province almost weekly, as Türkiye seeks to uproot the drug smuggling activities and drug use.

“We did not give in to drugs like Europe. Our struggle, our pressure on drug smugglers forced smugglers to change their route. We also see a drop in smuggling of bonzai,” he said, referring to a cheap synthetic drug that was once popular on the streets.

Türkiye stepped up counter-narcotics efforts five years ago when yearly drug-related deaths reached 941. In 2021, this number dropped to around 190 as authorities increased the number of counter-narcotics operations, with the assistance of new police units, including “narco teams” deployed around schools and other places where children risk being exposed to drugs.

The country lies at a crossing point between Asia and Europe, a route exploited by drug smugglers bringing “organic” drugs from Asian countries to European markets and carrying synthetic drugs produced in European drug labs to Asian countries, including Türkiye.

Minister Soylu said that the raids were being carried out to ensure the “total collapse of drug sales networks, unlike Europe, which gave in in its struggle and is legalizing drug use.” “They think they can control it by legalizing it but instead, it leads to an increase in drug supplies. For instance, 70 tons of cocaine were confiscated in a port in Belgium last year, in just one operation,” he told reporters. The minister also implied that a renewal of law enforcement personnel might have played a role in more drug seizures. “Only one fourth of drugs were seized in eastern and southeastern regions before July 15 but now, we are able to seize three fourths before they are shipped to the west,” he said, referring to the day of the coup attempt by the Gülenist Terror Group (FETÖ) in 2016. FETÖ is accused of widespread infiltration into the country’s law enforcement, army and bureaucracy.

Soylu stated that Türkiye also achieved progress in meth seizures, noting that 15 tons of methamphetamine have been seized so far this year. “But we should keep in mind that any drugs you manage to eliminate from the streets are replaced by another by an international system. Last year, we seized 22 tons of heroin and this year, it is down to about 9 tons. We see a change in the route of smuggling, further south to the Mediterranean,” he said. Soylu also hailed a decline in drug-related deaths which decreased to 270 last year and is following a further downward trend this year.