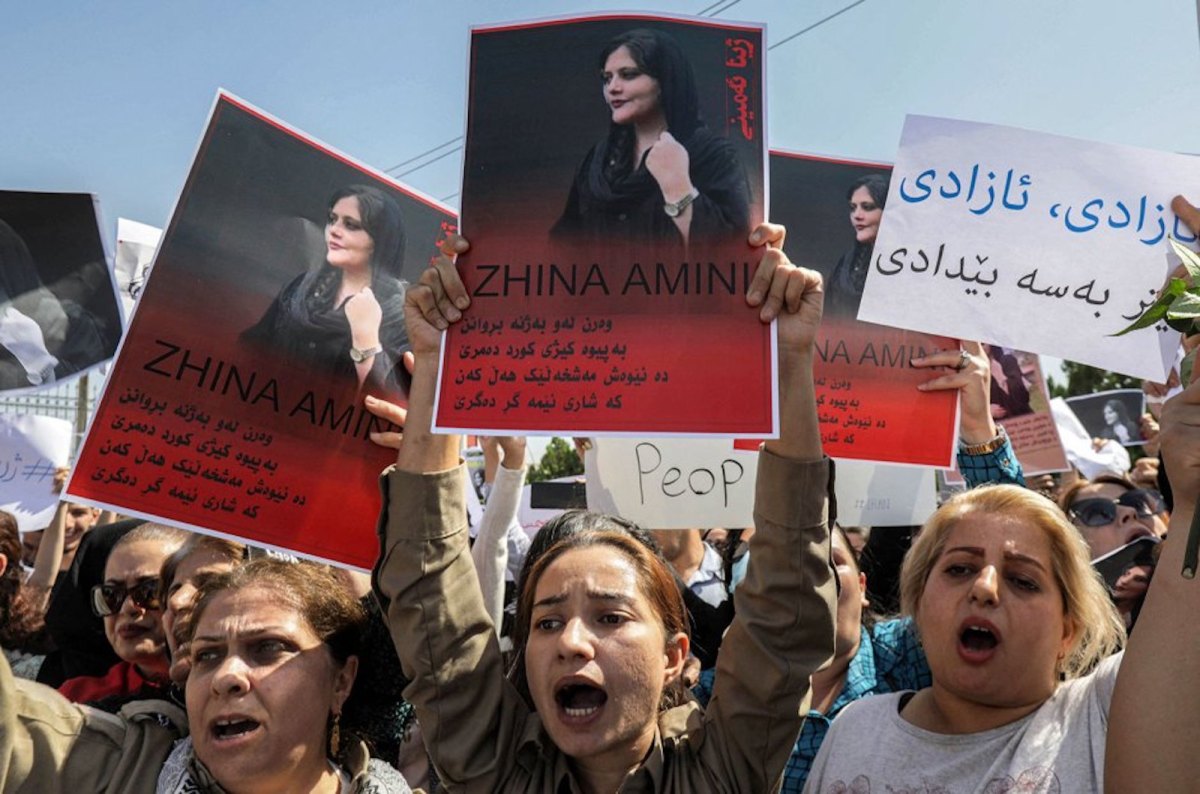 Iran’s government has embarked on an armed strategy of divide, crush and conquer to end nationwide protests against clerical rule in the Islamic Republic.

The primary target is the Kurdish minority population, which has been protesting for more than two months. The government, dominated by Supreme Leader Ali Khamenei, has dispatched an aggressive and ill-disciplined militia known as the Basij to assault Kurdish towns and villages in western Iran.

For the past eight days, thousands of Basij, transported by armored vehicles and firing heavy automatic weapons, have moved into the western border zone largely populated by Kurds.

The Kurds have spearheaded opposition to the government since September 16, when a Kurdish woman named Mahsa Amini was pronounced dead. While in the custody of the Islamic Republic’s so-called “morality police” in Tehran she had been hospitalized and fallen into a coma.

She was detained for incorrectly wearing a headscarf, required by law in the name of Islamic piety. Authorities denied allegations they had beaten her.

The protests were not limited to the Kurdish population. Demonstrations spread across the country. Khamenei has now responded by trying to teach the Kurds a lesson that will be heard by all.

“The Islamic republic is using such intense violence in Kurdistan to silence the protests all over Iran,” said Zhila Mostajar, an activist with Hengaw, a human rights group based in Norway. “The authorities think that by suppressing the protests in Kurdistan they will send a warning to people in other parts of the country.”

The Islamic State has faced numerous outbreaks of unrest since the overthrow of the Iranian monarchy in 1979. Protests have been mounted over electoral fraud, economic mismanagement and persistent poverty. All up to now have been put down by force.

In a kind of foreshadowing of the current upheaval, the earliest protests against Islamic Republic rule were prompted by demonstrations against forcing women to wear headscarves.

For the government, however, such signs of discontent are products of incitement by dissenting expatriates and plots by the United States – long the target of “Death to America” chants in pro-government rallies. Thus, any political protests must be put down in the name of national security.

Some 434 protesters have died since September 16, when demonstrations got underway, according to numbers gathered by the Human Rights Activists News Agency, which is based in Tehran. More than 45 children are among the dead, the agency said.

About 100 of the victims have died in Iran’s Kurdish region. Forty-three have been people killed in the border area since November 15, according to human rights investigators from Amnesty International.

Kurdish protestors have set up barricades in several towns as government forces have sprayed bullets along streets and raided homes searching for demonstrators.

The Basij organization is a subset of Iran’s Islamic Revolutionary Guard Corps, a regular military force. A throwback to paramilitary organization pioneered by fascists in the 1920s and 30s in Europe, the Basij is said to number more than 400,000 recruits.

Basij – the name means “mobilization” in Persian – gained fame (or notoriety, depending on the eye of the beholder) by carrying out mass suicidal assaults on Iraqi military positions during the 1980-1988 Iran-Iraq war.

Since then, the Basij has mostly served to quell domestic unrest. In 2009, Basij squads put down protests against the re-election of Mahmud Ahmadinejad as Iran’s president.

The Revolutionary Guard armed the Basij, which enthusiastically attacked participants in the ensuing Green Movement throughout the country. The paramilitary horde assaulted university dormitories, beat students and ransacked their belongings. It killed dozens of activists.

Demonstrations were “met with a harsh crackdown from the authorities, including physical attacks by security forces and pro-government Basij militias on protesters, mass arrests and the torture of some detainees,” wrote Human Rights Watch.

Witnesses said that Basij militia, armed with clubs and chains, attacked street demonstrations. In a foreshadowing of the current unrest, the Basij shot and killed a 26-year-old woman protestor in downtown Tehran, setting off mass outrage.

The current conflict shows no sign yet of petering out. Tehran seems to expect that Shiite Muslims, the majority in Iran, will care little about the fate of Kurds, who are mostly Sunni. Nor will they want to risk the full wrath of the government.

Muslim cleric Molavi Abdulhamid, a prominent Sunni voice in Iran, said the crackdown on Kurds is only the latest episode in long-running persecution and discrimination. The Kurds of Iran,” he said on Twitter, “have endured many sufferings such as severe ethnic discrimination, severe religious pressure, poverty and economic hardships.”

Other social groups inside Iran are also nervous. Ethnic and religious minorities are frequently pressed to take the side of the government in return for protection from ethnic violence; Iranian Christians say that government officials are pressuring them to denounce the Kurds.

Beyond ordering the Basij to enforce repression at home, Iran has dispatched them to Syria to support President Bashar al-Assad in his government’s battle against Islamic rebels in the country’s civil war.

There have been some expressions of concern abroad over the crackdown in Iran. Volker Turk, the United Nations High Commissioner for Human Rights, said that Iran is in a “full-fledged human rights crisis” and called for “independent, impartial and transparent investigative processes.”

But the government of Iran has friends, too. Russia, itself under scrutiny for its all-out war on Ukraine, is an ally. Tehran has supplied Russia with armed drones that have been used to attack and damage electrical and water infrastructure throughout Ukraine.

In any event, whenever it has come to maintaining their hold on power, the mullahs have never cared much about Washington’s opinion. It is unlikely to move them now.