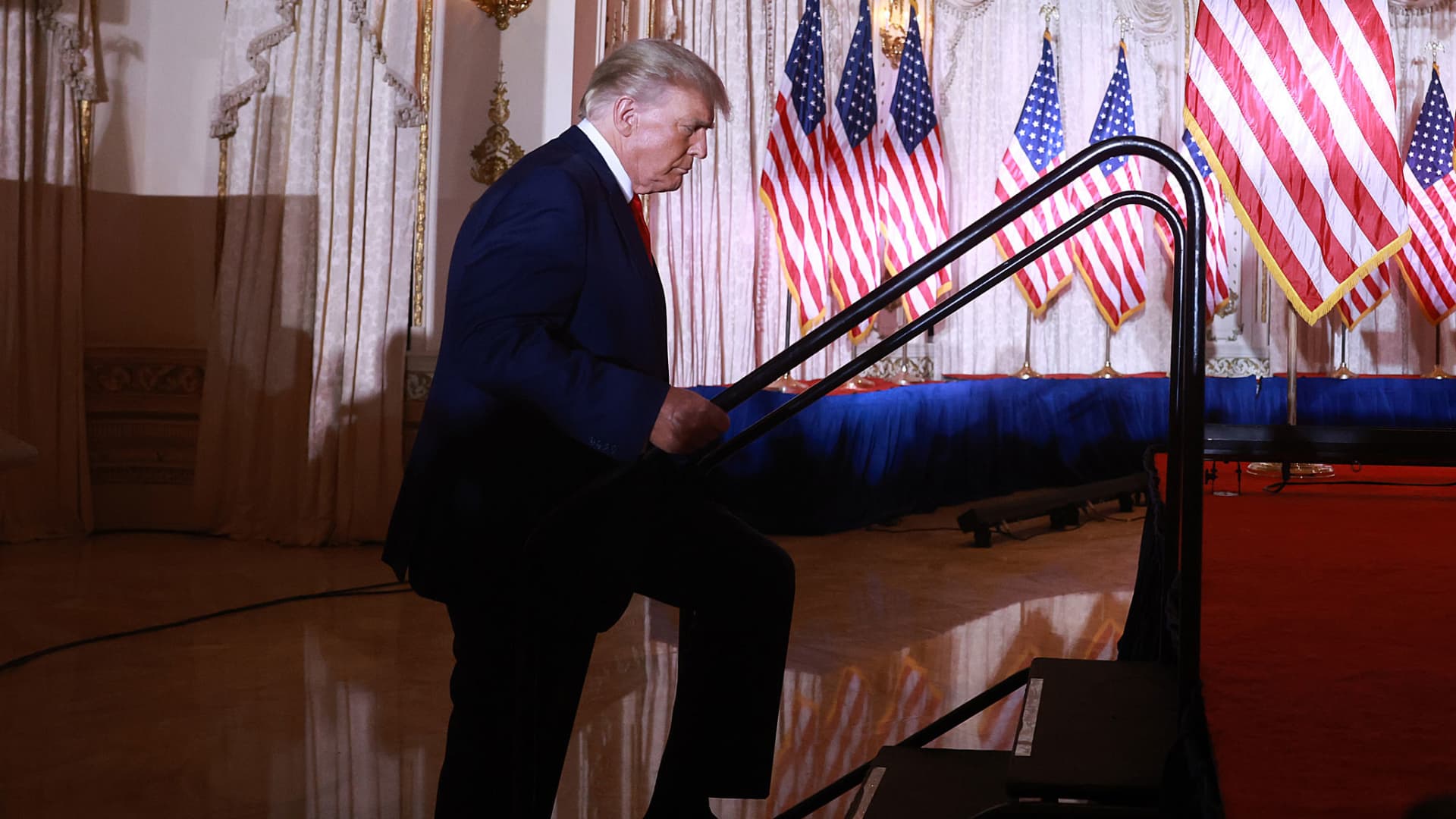 Former U.S. President Donald Trump arrives on stage to speak during an event at his Mar-a-Lago home on November 15, 2022 in Palm Beach, Florida.

The IRS has given six years of former President Donald Trump’s federal income tax returns to the House Ways and Means Committee, a week after the Supreme Court rejected his effort to block the Democratic-controlled panel from getting those records.

The committee had been seeking Trump’s tax returns since 2019, when the Republican was still president.

The Ways and Means Committee has said it wanted copies of Trump’s returns, and the tax returns of several Trump legal entities, for an inquiry into how the IRS audits presidential tax returns. By law, the tax agency audits the returns of a sitting president every year.

Trump as a presidential candidate and then as president broke decades of tradition by refusing to publicly release his tax returns. He claimed that he was withholding them from the public because they were being audited. However, there is no legal bar that prevents tax filers from releasing their returns to the public.

The committee will not publicly disclose the returns, either.

When the committee first asked for Trump’s returns three years ago, the Treasury Department refused to turn them over. The panel then filed a lawsuit seeking to obtain the records.

The department dropped its resistance to the committee after President Joe Biden took office. Trump then sued to block the release of the records.

The former president lost that effort at the federal district court and appeals court levels, where judges ruled that the Ways and Means Committee had a clear-cut right under federal law to obtain the records, and had stated a legitimate legislative purpose for the request.

He then asked the Supreme Court for an emergency order blocking the committee from getting the returns.

A temporary block was granted by the Supreme Court.

But on Nov. 22, that nine-member court, without any dissents, rejected Trump’s request to maintain block, setting the stage for the IRS to deliver the returns to the Ways and Means Committee.

Trump, who had appointed three of the justices who make up the court’s six-justice supermajority, blasted the decision.

“Why would anybody be surprised that the Supreme Court has ruled against me, they always do!” Trump wrote in a post on his Truth Social account.

“The Supreme Court has lost its honor, prestige, and standing, & has become nothing more than a political body, with our Country paying the price.”