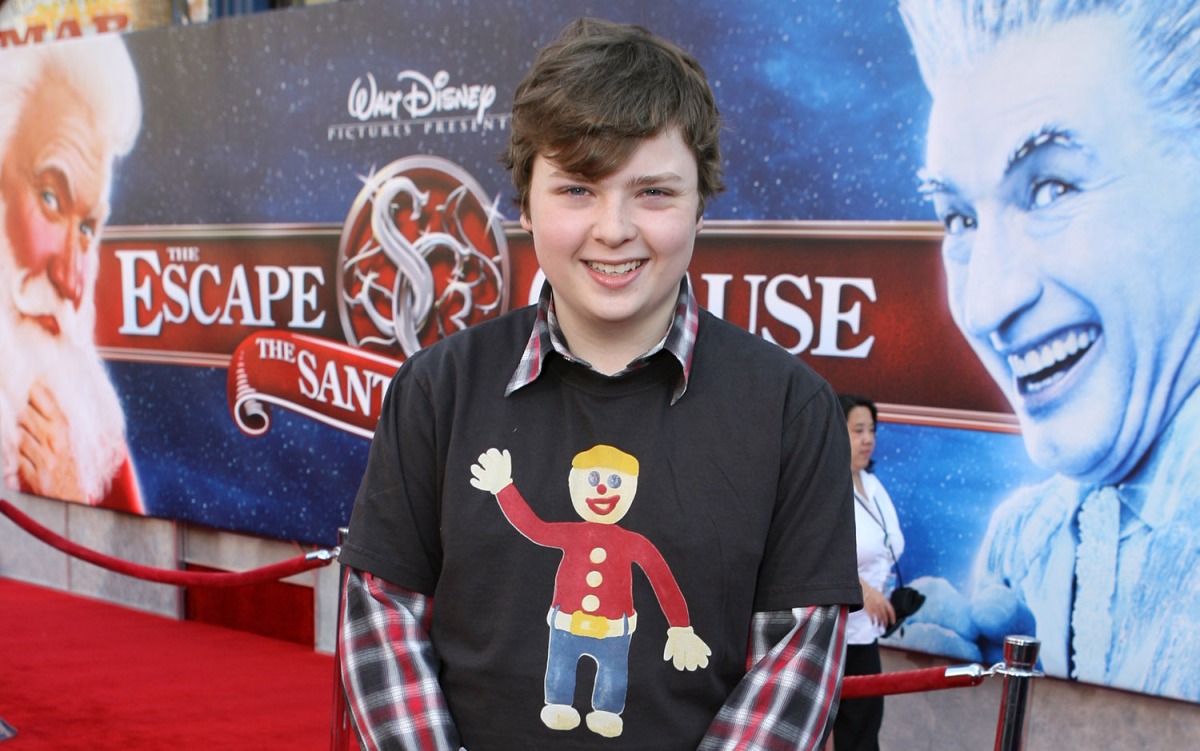 Santa Claus is back, but what about his right-hand man? No, we’re not talking about Bernard the Elf; we’re talking about Curtis. Spencer Breslin played the ever-so-sassy Curtis the Elf in two out of three Santa Clause movies. However, he’s no longer working at the North Pole in Disney+’s new series, The Santa Clauses. Will Curtis make a cameo appearance?

Who is Curtis in ‘The Santa Clause’?

Curtis first appeared in The Santa Clause 2 (2002) as the second-in-command elf under Bernard (David Krumholtz). He makes the toy version of Santa to run the North Pole while the real Santa (Tim Allen) tries to find a wife in his hometown. Then, Curtis gets promoted in The Santa Clause 3: The Escape Clause (2006), taking over for Bernard as Head Elf. He gives Jack Frost (Martin Short) a chance to work at the North Pole, allowing Jack to go through with his plan of upstaging Santa.

Is Curtis in ‘The Santa Clauses’?

Tim Allen reprises his role as Scott Calvin/Santa Claus in The Santa Clauses, along with Elizabeth Mitchell as Carol/Mrs. Claus. Eric Lloyd also returns as Scott’s son, Charlie. The revival series sees Santa retire from his position and search for a replacement so that he can enjoy time in the human world with his family.

Unfortunately, Spencer Breslin is nowhere to be seen on the cast list. Tim Allen confirmed that Curtis wouldn’t be in The Santa Clauses in a recent interview with The Wrap.

“We weren’t able to get Spencer Breslin and the legendary figures. There [were] just too many people. There’s just too much story,” Allen said.

It’s unclear exactly why Breslin couldn’t come back for the revival series. However, he did star in the film Murder, Anyone? earlier this year, so that might have caused a scheduling conflict with The Santa Clauses filming. Allen also confirmed that other Santa Clause stars, including Wendy Crewson and Judge Reinhold, could not return. Crewson played Scott’s ex, Laura, while Reinhold played her husband, Neil, in all three films.

With that said, Mitchell revealed that The Santa Clauses would have “very satisfactory” cameos.

“We have quite a few little cameos, and I hope for even more, should we come back, ever,” she shared.

Bernard the Head Elf is set to return very soon

RELATED: How Many Episodes of ‘The Santa Clauses’ Will There Be?

One cameo already confirmed is Krumholtz as Bernard the Elf in one episode. He can be seen for a brief moment in The Santa Clauses teaser trailer, as seen above. It’s not clear when exactly he’ll appear, but at the end of The Santa Clauses Episode 4, a mysterious figure taps Scott on the shoulder. It’s very possible that person could be Bernard. If so, fans will likely see him in episode 5.

Whenever Bernard does appear, his cameo will be pretty significant, according to series creator Jack Burditt.

“He plays a pivotal part in teaching Scott some things that maybe he didn’t know, either about the mantle of Santa Claus or himself,” Burditt told TVLine. “We’re playing with this idea that Scott doesn’t… know a lot about his role as Santa Claus. He just knows how he became Santa Claus, and there is a lot of information withheld from him. Bernard unlocks a lot of that information when he comes back.”

New episodes of The Santa Clauses drop every Wednesday on Disney+ until Dec. 14.