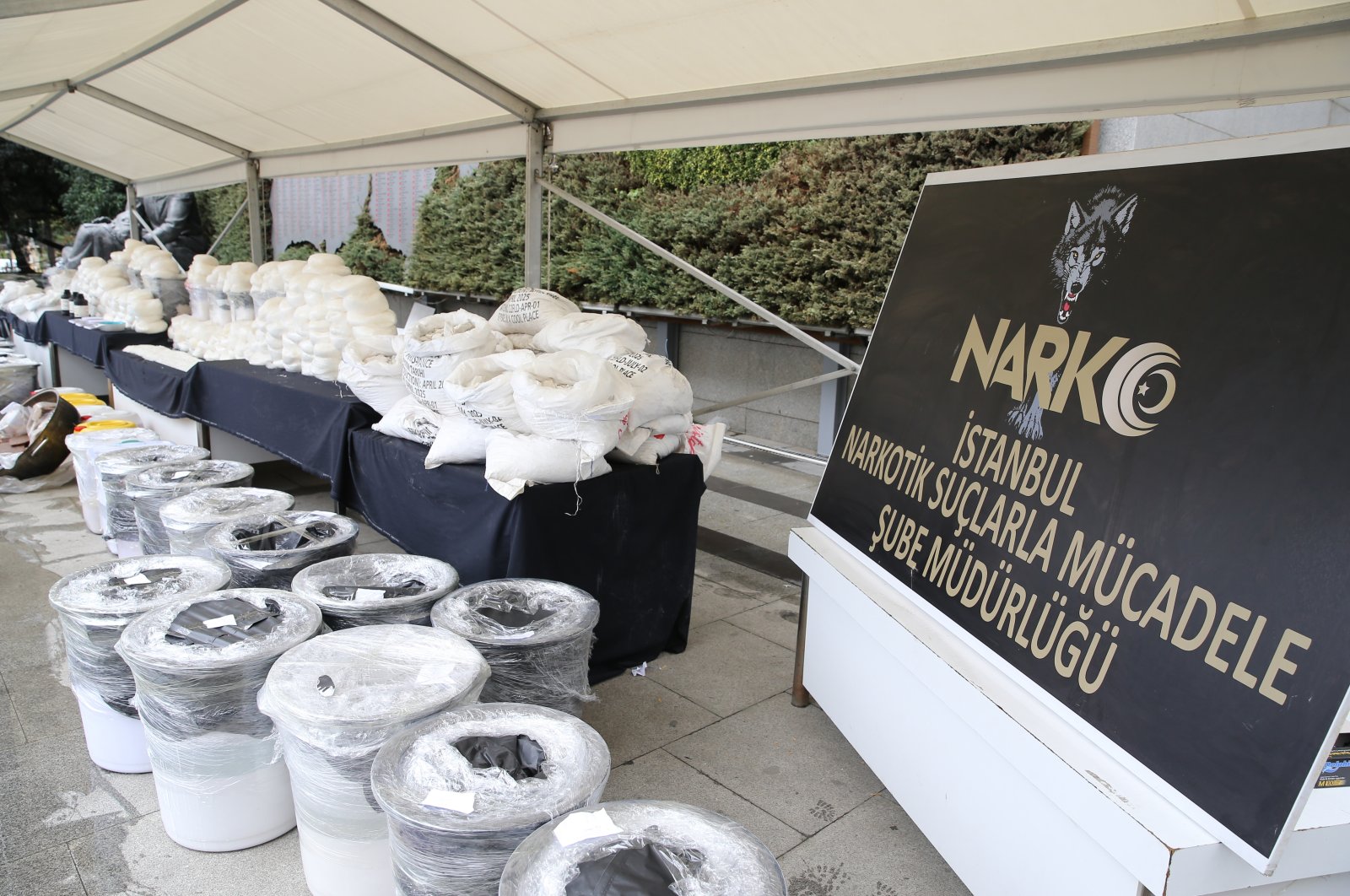 Teams from the anti-narcotics branch of the Istanbul police department working under the coordination of the Büyükçekmece Chief Public Prosecutor’s Office managed to confiscate over 3 tons of methamphetamine within the scope of the fight against drugs.

During the drug operations, 3,533 kilograms of methamphetamine were seized and 22 suspects were taken into custody.

As a result of the six-month technical and physical follow-up of the teams, 131 kilograms of methamphetamine was seized in the operations carried out at addresses determined in Esenyurt, Büyükçekmece, Kadıköy, Pendik and Ümraniye between Nov. 16 and Nov. 21.

The teams determined two different addresses of the main distributor and two vehicles in Beylikdüzü before raiding the locations on Nov. 23 simultaneously.

It is believed to be the highest amount seized in Türkiye at one time.

The 22 suspects caught in the operations were transported to the courthouse. Among them, 12 of the suspects were arrested while the proceedings of the remaining 10 continue.