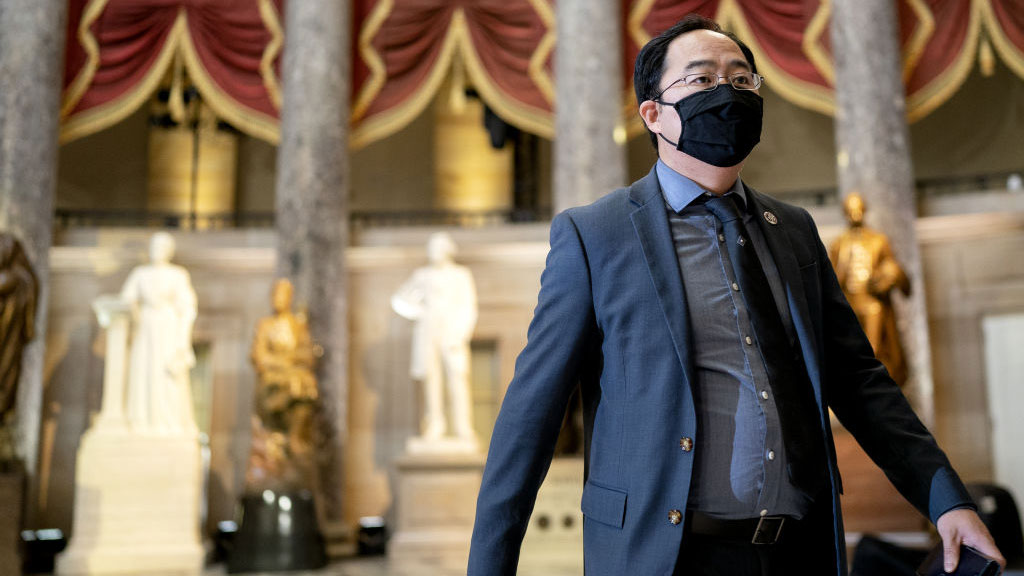 WASHINGTON (CBSNewYork) — The shocking images from the U.S. Capitol on Jan. 6, 2021, showed violence and chaos, but another photograph, taken hours after rioters left, painted a picture of hope.

Hours of live footage and social media postings showed some Americans at their worst, but images of New Jersey Congressman Andy Kim showed something else.

READ MORE: Jan. 6 Insurrection At U.S. Capitol Remains On The Minds Of Many Americans As Federal Investigations Continue

“I remember walking into the rotunda and just, you know, my heart breaking when I saw just the trash and the broken furniture and the debris,” he told CBS2’s Alice Gainer.

Hours after the angry mob was gone and shortly after voting to certify Joe Biden’s presidential victory, Kim got a trash bag.

“I love that room so much. It is in my opinion the most beautiful room in the most beautiful building in this country, and it really hurt to see it disrespected,” he said. “So I stayed there until I picked up every single piece of garbage and trash and debris in that room … It was, in some ways, very meditative for me. By myself in the quiet of the rotunda cleaning, in some ways, it was what helped me heal from that experience.”

New York Congresswoman Carolyn Maloney posted a video while under lockdown in her D.C. office one year ago.

“I was not afraid for my life but I was afraid for our democracy,” she said.

Maloney is chair of the committee on oversight and reform.

“I remember people being interviewed and they said, ‘We’re going to go and take over the Capitol.’ Well, they did, and we weren’t prepared. Why?” she said.

Nine lawmakers, seven Democrats and two Republicans, make up the House Select Committee now conducting the investigation into that day, hoping to provide thorough accounting for the public, though congressional investigations are not criminal cases.

As for the way forward as a nation, Kim says, “People see their political identities now even stronger and more dominant than our identity as being Americans – we’ve lost that sense of the common good.”

He says we have to stop seeing each other as the enemy.