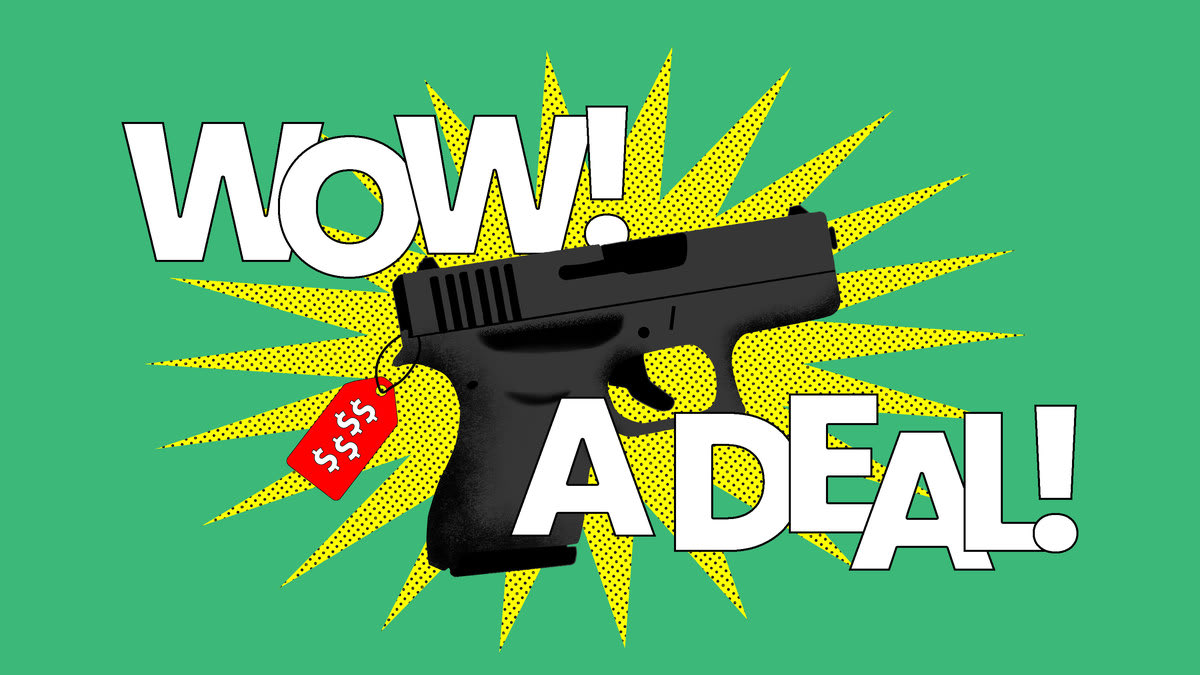 By the time Thanksgiving rolled around this year, the nation had witnessed 609 mass shootings but had not lost its appetite for guns. Data obtained by The Daily Beast reveals that more Americans tried to buy firearms on Black Friday than they did last year.

But come Friday, Americans flocked to buy guns just as they did for Apple AirPods and Revlon One Step hair dryers. The FBI said that its National Instant Criminal Background Check System (NICS) conducted 192,749 background checks—up from 187,585 last year and dispiritingly close to the record of 203,086 set in 2017.

Over the rest of the long holiday weekend, there were six more mass shootings, which are defined as involving four or more victims. This brought the year’s total up to 615 as tallied by the National Gun Violence Archive. One was sparked around 8 p.m. Saturday by a dispute among two groups of teenagers who had been escorted from the Atlantic Station shopping center in Atlanta which began requiring juveniles to be accompanied by an adult after two shootings in October.

At the time of Saturday’s shooting, 26 off-duty police officers were on hand to supplement 10 security guards. Gunfire erupted among the teens anyway. Six people were shot, all juveniles. One, 12 year-old Zyion Charles, was caught in the crossfire and died after being struck by a stray bullet.

The boy is survived by a twin, Zyria. She attended a candlelight vigil on Sunday night and raised her hands with the fingers curled into heart as she spoke to reporters.

She dropped her right hand and held up only the left.

According to one news account, the twins’ mother, Deerica Charles, had promised to buy Zyion an iPhone Pro if he maintained perfect attendance at school up to the Christmas break. The pledge that can now never be fulfilled assumed a tragic irony when the killing prompted Atlanta Mayor Andre Dickens to call on parents to keep track of their kids with cellphones.

He added, “This is a group project. The entire village has to chip in on this. To reduce the gun violence, to reduce the issues that are plaguing our communities, it’s going to take everyone.”

Sunday afternoon saw another mass shooting, this in Tallahassee, Florida. One man was killed and four were wounded when gunfire erupted at an outdoor basketball court on the campus of Florida A&M University.

This incident was near the scene of an Oct. 29 mass shooting in which nine people were wounded by what police termed “an amazing amount of gunfire” unleashed by multiple shooters outside the Florida University Stadium.

Both incidents are within a few minutes’ drive of the office of Florida Gov. Ron DeSantis, who has voiced his support for a law allowing civilians to carry a gun without a permit.

Meanwhile, in between Black Fridays, the FBI processes more than 2 million background checks daily, a total in excess of 25 million so far this year, imbuing every day with a tinge of blood red.