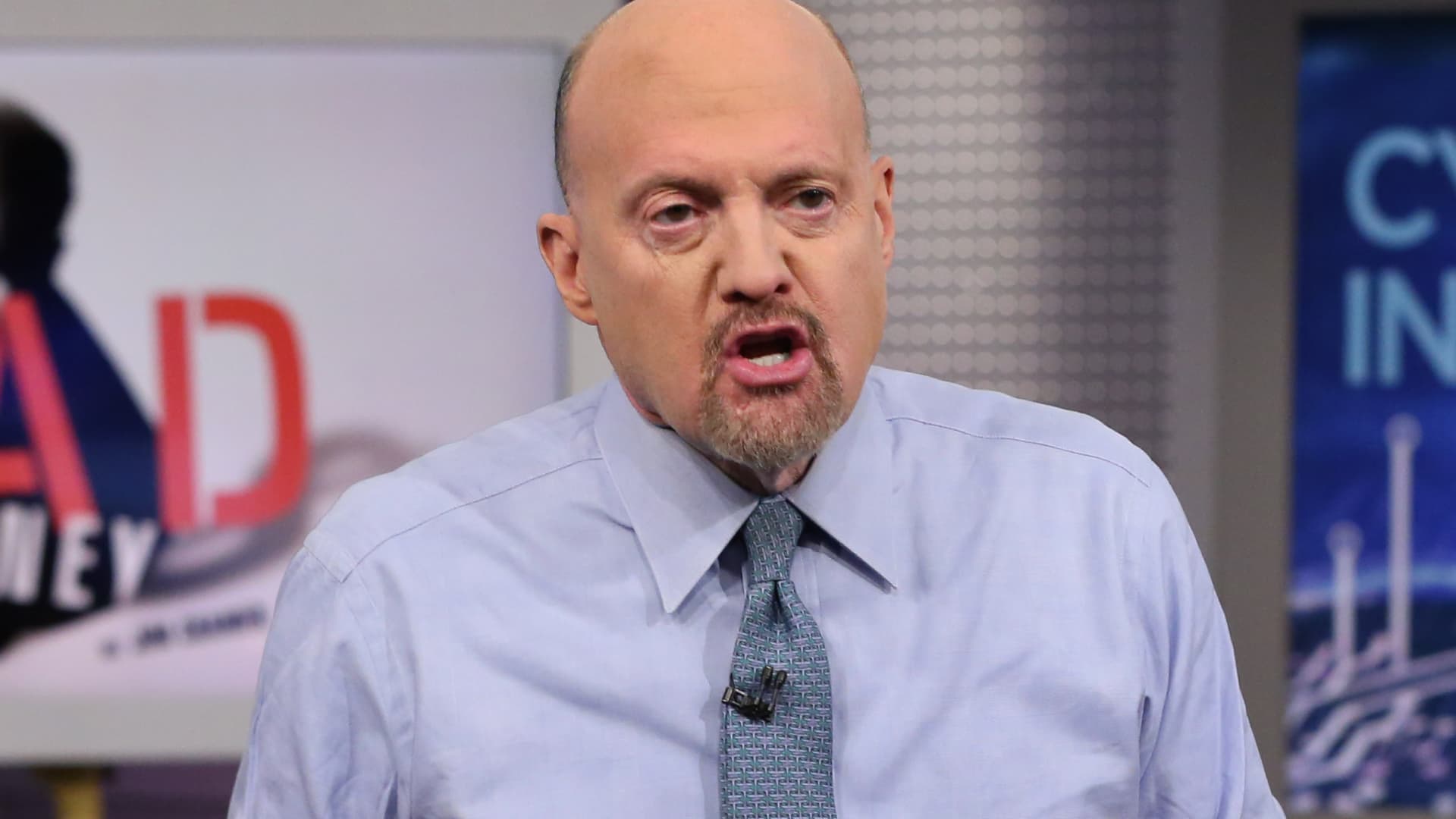 CNBC’s Jim Cramer on Wednesday told investors that they should take gloomy economic commentary from bank executives with a grain of salt.

“Don’t panic the next time you hear one of these bank CEOs say something terrifying — they don’t know the impact of their words,” he said, adding, “Sure, we’ve got plenty of problems, but they’re not financial apocalypse problems.”

The S&P 500 slipped for a fifth trading session on Wednesday as investors mulled the possibility of a recession.

Adding to investors’ worries, JPMorgan Chase CEO Jamie Dimon said on Tuesday that inflation is eating away at consumers’ pocketbooks and could create a recession.

The chief executives of Bank of America and Wells Fargo also warned that the economy is slowing down as Americans cut back on spending.

“Memo to America’s bankers: Don’t try to frighten us. Don’t try to get us to sell everything,” Cramer said. “Don’t be Grinches telling us a hurricane could be coming.”

He urged the chief executives to remind investors of what’s going right in the Fed’s fight against inflation, and gave an example of what he believes one of the CEOs should have said:

“There will come a day when the Fed will be done tightening, although that may be when the S&P 500 is a good bit lower. But I don’t know if I want to take the chance of possibly missing the [next] big rally. Hey, maybe buy small,” he said.