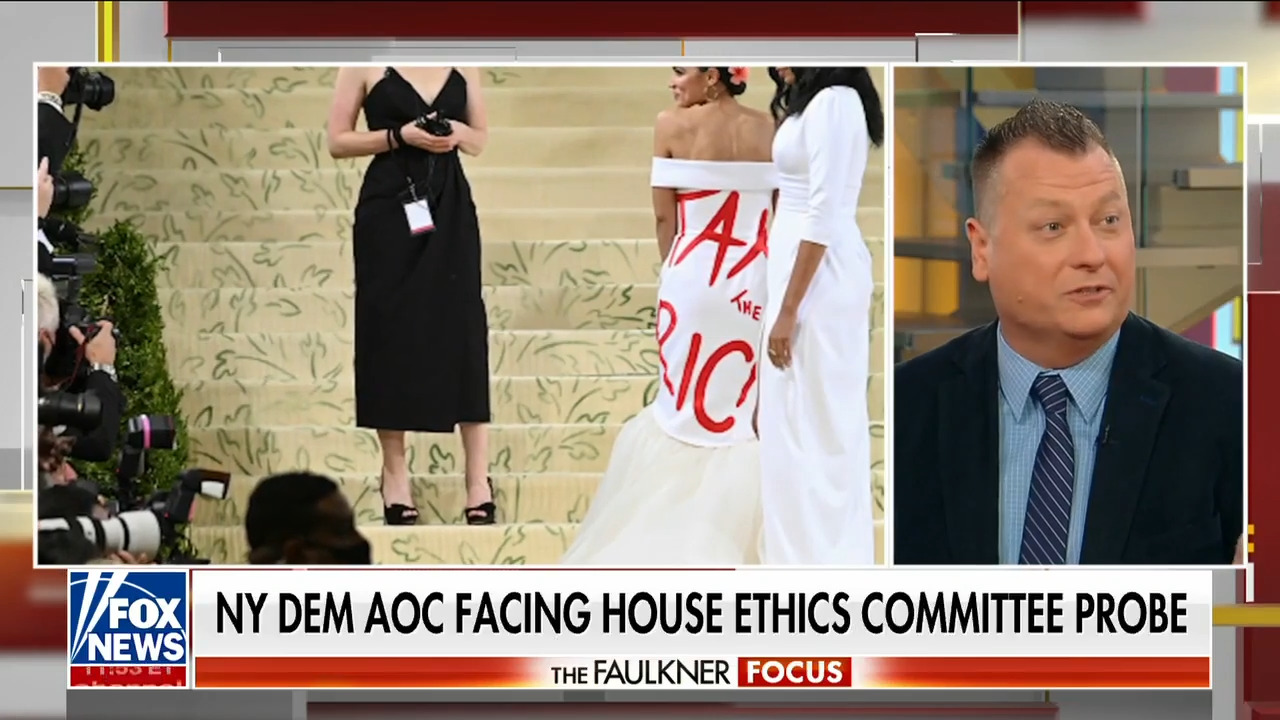 Fox News Radio host Jimmy Failla joined “Faulkner Focus” Thursday to react to Rep. Alexandria Ocasio-Cortez, D-N.Y., facing a probe from the House Ethics Committee. The nature of the probe has not been released, but AOC faced ethics complaints last year over her attendance at the Met Gala.

JIMMY FAILLA: I think the punishment for going to the Met Gala is going to the Met Gala because you spent three hours with those woke obnoxious celebrities. I don’t know where this is going to go, but we’re going to continuously find ourselves in these situations because her real name is A-O-Me. No human being alive has ever been in it more for the clicks than this woman. And when you really look at her signature contribution to political discourse, it’s Instagram likes and killing Amazon.