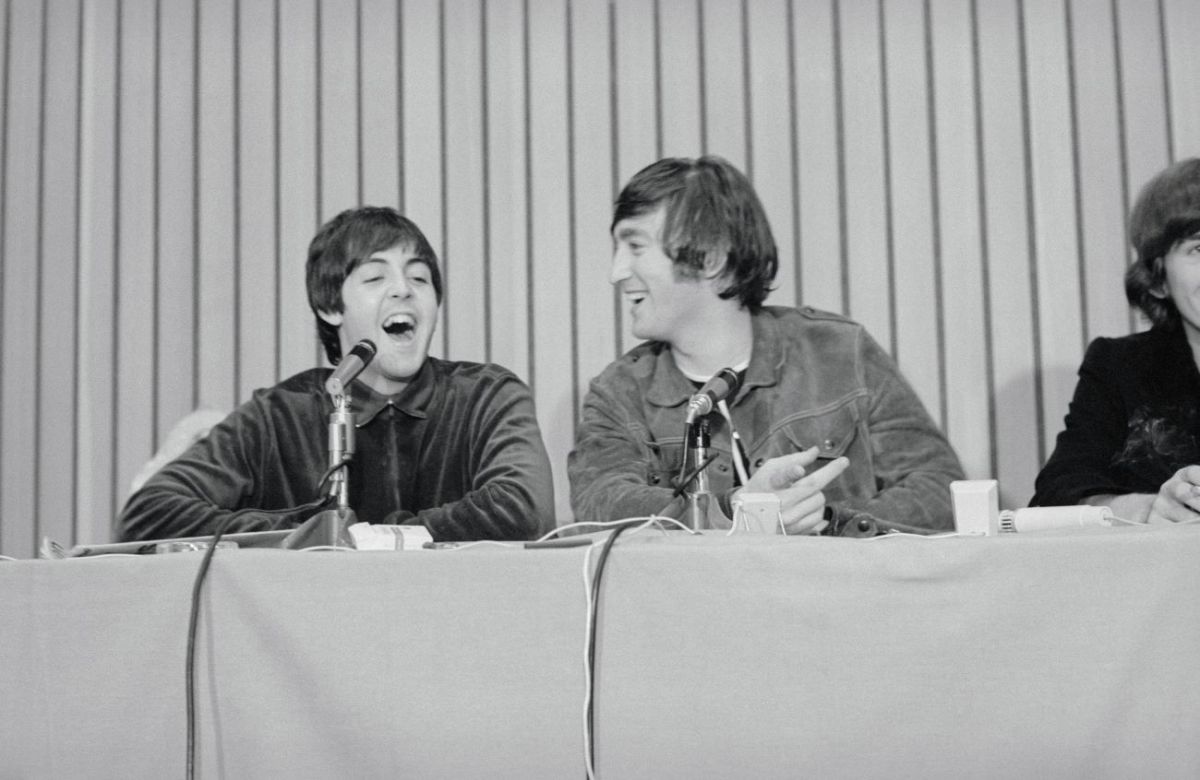 John Lennon recognized Paul McCartney was talented nearly immediately after meeting him, but he didn’t let himself get swept up in his admiration. When returning home after a late night of shows, Lennon and a friend heard McCartney playing piano. It was an impressive cover of an Elvis Presley song, but Lennon didn’t seem to like it.

Before they were successful musicians, The Beatles took a great deal of inspiration from Elvis. Lennon said that he was a Beatlemania-level fan of the American musician.

“I never went to see Elvis, although I had the opportunity to see him and I worshiped him the way people worshiped the Beatles,” he said, per the book All We Are Saying: The Last Major Interview with John Lennon and Yoko Ono. “Because when I was sixteen, Elvis was what was happening. A guy with long hair wiggling his a** and singing ‘Hound Dog’ and ‘That’s All Right’ and all those great early Sun records, which I think are his great period.”

He said that because of Elvis’ influence on music, The Beatles could not have existed without him.

In 1960, The Beatles traveled to Hamburg, Germany, to play a residency. Here, they spent much of their time with other musicians, including guitarist Brian Griffiths. Griffiths said that he was impressed with McCartney’s broad range of talents.

“He could play for more than anyone else, right into Gershwin and those guys,” Griffiths said, per the book Paul McCartney: A Life by Peter Ames Carlin. “He had a great ear for progressions and knew diminished chords and like that. I remember thinking, ‘Why doesn’t he do that onstage?’ But they were a rock band.”

RELATED: Paul McCartney Said He and John Lennon Had More in Common Than People Think

Griffiths and Lennon returned from breakfast one morning to hear McCartney working on a cover of the Elvis song “It’s Now or Never” on the piano. Griffiths was impressed — “I was thinking … what a voice on that guy!” he said — but Lennon wasn’t happy.

Paul McCartney and John Lennon had a famously fraught relationship

McCartney and Lennon worked well together, but their creative differences eventually caused a rift between them. After The Beatles broke up in 1970, they spoke particularly harshly about one another. They even wrote insults into their music.

“People said to me when he said those things on his record about me, you must hate him, but I didn’t,” McCartney told The New Yorker in 2021. “I don’t.”

Despite all the bickering, McCartney said that they were, at the root of things, good friends.

“We were once having a right slagging session and I remember how he took off his granny glasses. I can still see him,” McCartney said. “He put them down and said, ‘It’s only me, Paul.’ Then he put them back on again and we continued slagging … That phrase keeps coming back to me all the time. ‘It’s only me.’”