By Darren Boyle for MailOnline

A railway bridge being built in Birmingham as part of the multi-million pound HS2 development is to be named after England’s World Cup hero Jude Bellingham.

The 150-metre-long ‘Bellingham bridge’ will dominate the skyline in the player’s home city when it is constructed as part of the controversial high-speed railway.

HS2 bosses have decided to name it after the former Birmingham City star following his eye-catching performances in the World Cup so far.

The striking designs for the bridge were released today ahead of England’s quarter final showdown with France tomorrow. 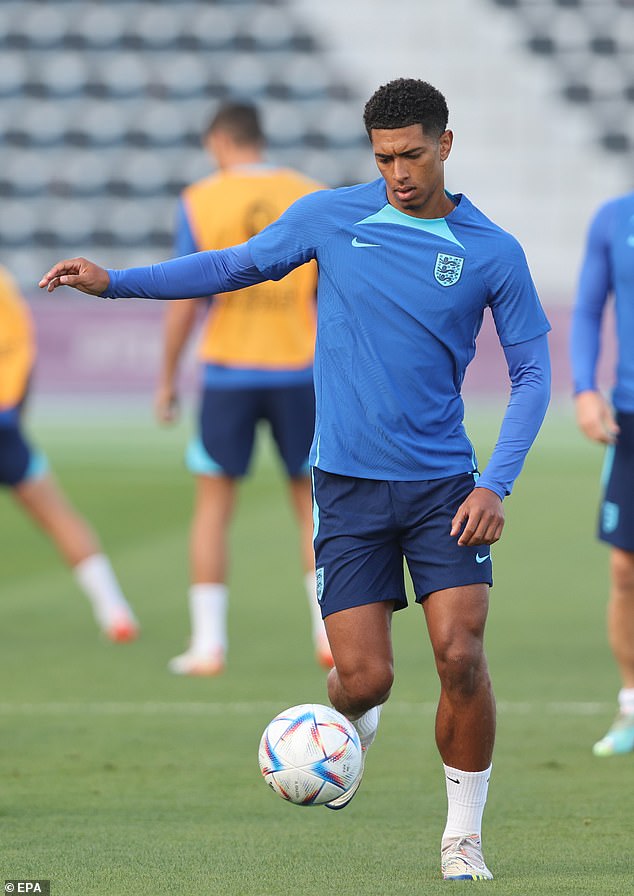 Jude Bellingham, pictured today at training, has been one of the highlights of England’s campaign in Qatar

HS2 say the new bridge will ‘create a new icon on the city’s skyline’ and ‘celebrate the area’s industrial heritage’ but it has received a mixed response on social media.

Not all Brummies are happy with the decision – especially Aston Villa fans.

Dave Bradley wrote: ‘We’re all England fans at the minute obviously but naming it after a player from our arch rivals doesn’t sit right with me.

‘They should have chosen a name to reflect every Brummie. He’s from Stourbridge anyway!!!!’

Craig Taylor added: ‘This is a joke. He only played for Blues for a season. If we’re doing this, where is the Jack Grealish underpass?’

But Oliver George commented: ‘This is class. Regardless of who you support, you can’t deny he’s one of the biggest talents this city has ever produced.

‘It’s only right to honour him.’ 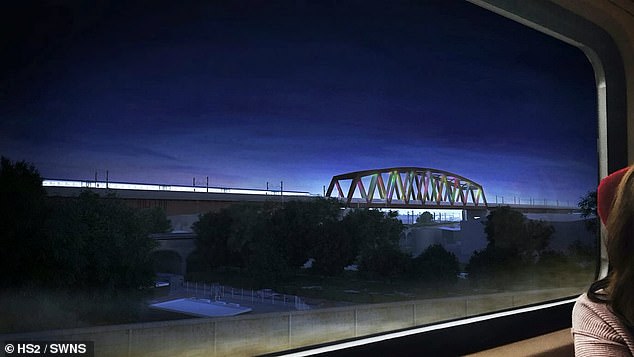 Although, Aston Villa fans in Birmingham have been less than happy that a player from their rival team is being honoured when their own Jack Grealish has been snubbed

The structure will also feature a light installation designed by British artist Liz West called ‘Out of the Blue’ – a nod to Birmingham City’s famous colours.

HS2 Ltd’s design director, Kay Hughes said: ‘Our design ambition for the Curzon 2 bridge is to create an elegant, iconic structure, fitting of its prominence on the Birmingham skyline, creating a legacy for HS2 and contributing positively to the city’s identity day and night.

‘The curved truss design celebrates Birmingham’s industrial heritage, and we’re pleased that we’ve been able to engage a prominent artist to work with our architects to create a distinctive lighting installation, which will be a striking addition to Birmingham’s city skyline.’

She said: ‘The core concept of my work is to depict and symbolize a physical and metaphorical meeting point of colours, people and spaces, linking locations through the creation of an immersive, atmospheric and experiential encounter.

‘The use of colour, light and form creates a sense of connectivity and movement, echoing the ways in which the public use, navigate and experience train travel.’

Anne Mullins, HS2 Ltd’s head of art and culture said: ‘HS2 is delivering an ambitious arts and culture strategy that will enhance the design and delivery of HS2 for communities up and down the country.

‘I am delighted that artist Liz West has created a new public artwork for HS2 in Birmingham, which will become a new regional landmark that celebrates the creativity and vibrancy of the West Midlands.’