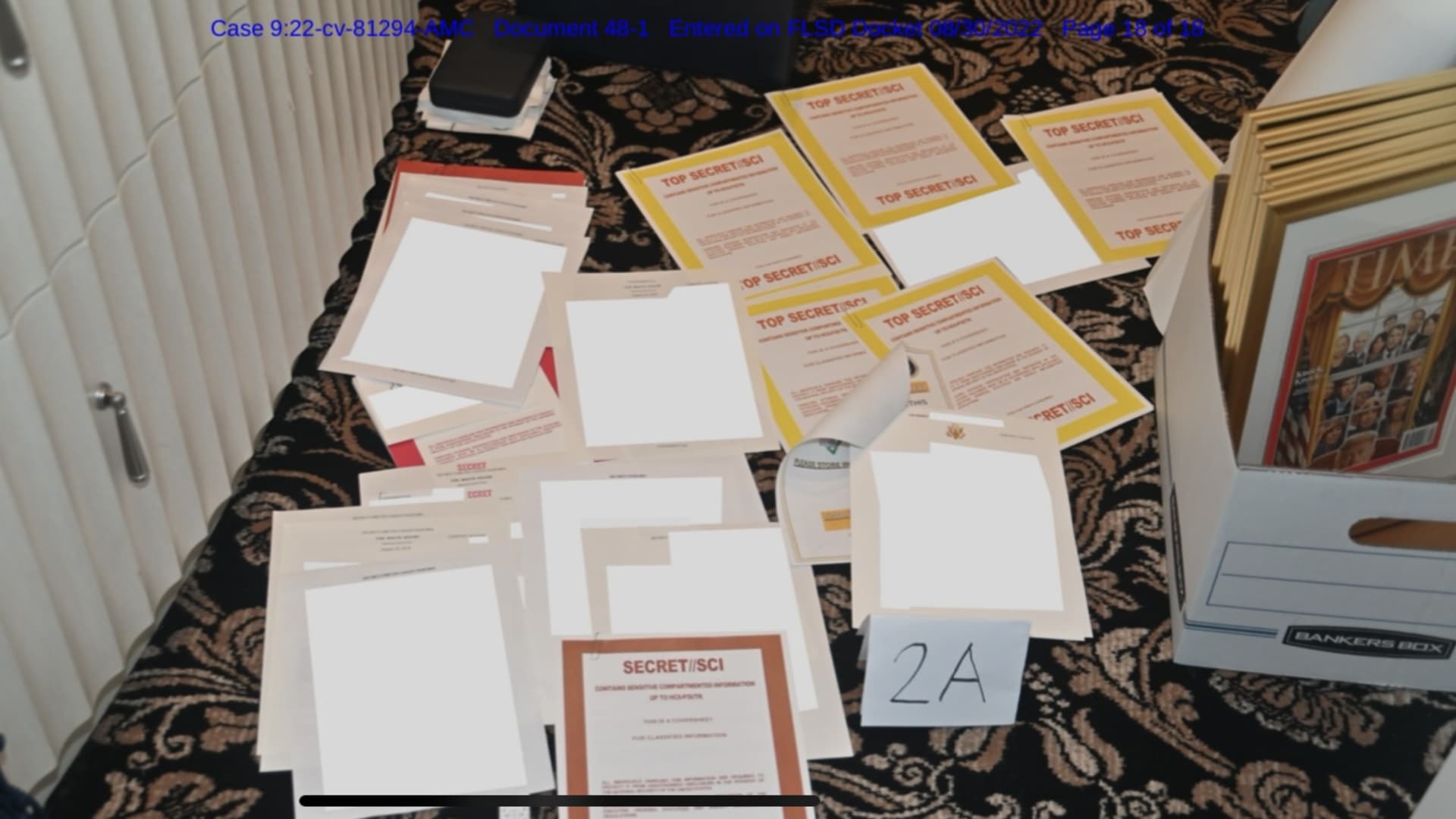 Documents seized by FBI from Mar-a-Lago

A federal judge on Monday authorized the appointment of a special master to review records seized from President Donald Trump’s Florida residence by the FBI in a raid last month.

Judge Aileen Cannon at the same time temporarily blocked the Department of Justice from reviewing or using the seized material for investigative purposes, until the special master’s review of the documents is completed, or until a further court order.

That independent third party will examine “the seized property for personal items and documents and potentially privileged material subject to claims of attorney-client and/or executive privilege,” Cannon wrote in an order issued in U.S. District Court for the Southern District of Florida.

Trump had asked for a special master to be appointed weeks after the Aug. 8 raid of his Mar-a-Lago club in Palm Beach, which found more than 10,000 government documents, a number of which were highly classified.

The Department of Justice had opposed the appointment of that watchdog, arguing that Trump had no right to possess the records, and that a special master review would delay its ongoing criminal investigation.

This is breaking news. Check back for updates.