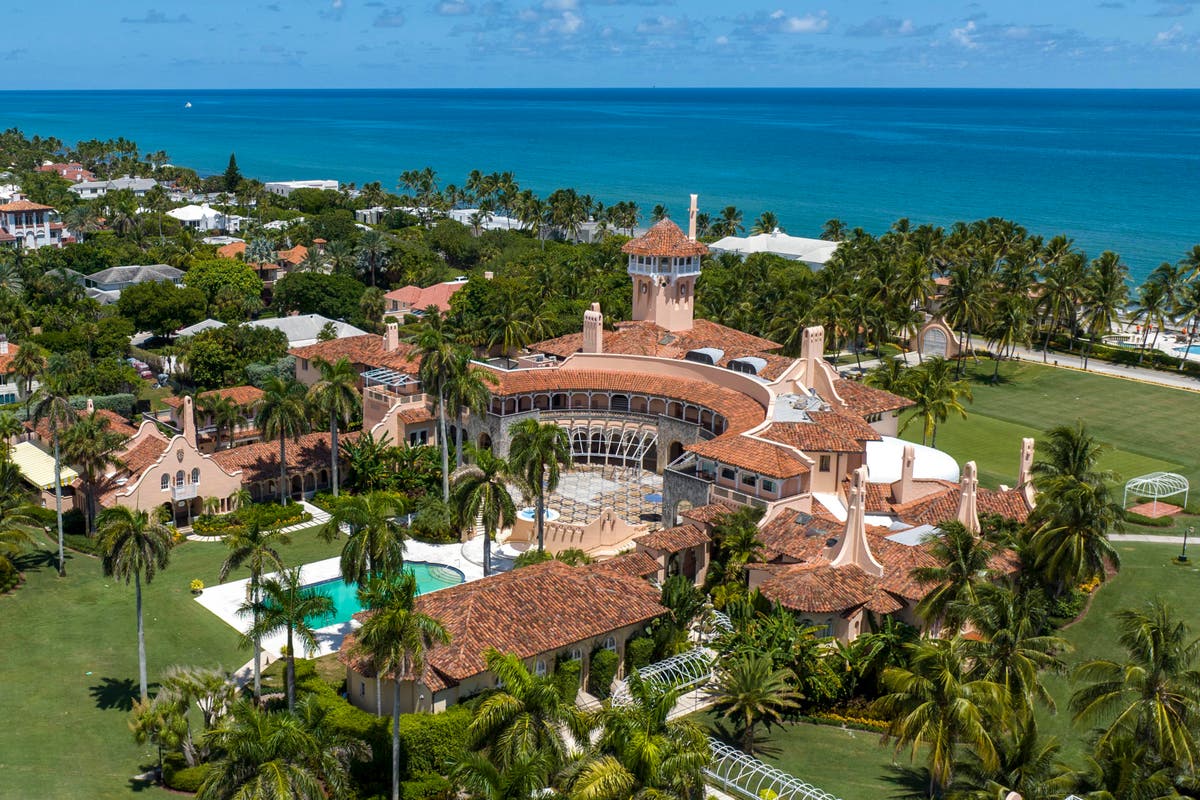 Is Trump Next? Some Believe DA Could File New Charges After Trump Org Success

A judge has denied a request by Department of Justice prosecutors to hold Donald Trump’s team in contempt of court for not fully complying with a subpoena to return all of the government documents he is accused of illegally keeping after leaving the White House.

Mr Trump’s lawyers claimed in federal court that he has fulfilled subpoena requests to provide papers in his personal possession, while prosecutors say searches carried out on the former president’s behalf have not been satisfactory.

The judge instead urged the two sides to resolve the dispute themselves, sources told ABC News.

Meanwhile, Trump has hit out at the deal that saw Brittney Griner returned from Russia, complaining that Joe Biden should have sought the release of US Marine Paul Whelan. He did not acknowledge that Whelan was arrested in Russia on his watch, or that he himself failed to act to get him home.

Reiterating his earlier claim that the prisoner swap of WNBA player Brittney Griner for arms dealer Viktor Bout was bad for America because it did not include Paul Whelan, Donald Trump is now protesting that his own record on hostage releases was something that had “never been done before in any administration”.

Mr Trump has come under fire for not acting to release Mr Whelan while he was in office. He claims that if he had made a deal for the former marine’s release Democrats would have accused him of collusion with Russia.

Here’s what he posted on Truth Social on Friday evening:

Earlier Mr Whelan’s twin tweeted that the former president had mentioned his brother’s name more in the last 24 hours than in the two years he was in office and could have acted to free him.

A federal judge in Washington declined to hold Trump or his legal team in contempt of court following a court hearing Friday as the Justice Department had requested, sources familiar with the matter told ABC News.

The judge instead urged the Justice Department and Trump’s legal team to resolve the dispute themselves, the sources said.

DOJ had urged the judge to hold Trump’s team in contempt over failure to fully comply with a May subpoena for documents with classified markings that was directed to Trump’s custodian of records — a person the Trump legal team has not identified.

The proceedings were under seal and not public.

The Trump campaign didn’t immediately respond to request for comment.

Here’s what we knew earlier:

Trump celebrates being named Man of the Year

Donald Trump is celebrating being named Man of the Year… 2020… by The Association of Mature American Citizens.

He was initially awarded the prize in February 2021 based on a vote by the group’s membership but was only presented with it now due to the Covid-19 pandemic. According to a press release, the former president won 80 per cent of the vote.

The former president was also presented with an oil painting titled “Saving a Generation”.

Republican Governor of New Hampshire Chris Sununu gave his take on why Republicans failed to win back the Senate.

“We had bad candidates with bad messaging that didn’t listen to voters.”

Evangelicals may be turning away from Trump, but Christian nationalism isn’t going anywhere

Since the heady days of Donald Trump’s first presidential campaign, Caleb Campbell’s congregation has been split in two. The pastor of an evangelical church in the northern suburbs of Phoenix, Arizona, he has watched his flock both energised and repulsed by the real estate tycoon’s political rise.

“When Trump would come to town, we had members of our congregation inside the building for the rally and some outside the building protesting,” he tells The Independent. “I was naive. I remember thinking that obviously people see right through this. I was shocked to discover that most people really earnestly supported not only his policies, but also his cruel and dehumanising rhetoric.”

Jewish Americans are closely following the recent upsurge in antisemitic rhetoric and actions with a mix of anxiety and resolve — along with a yearning that a broader swath of Americans, including leaders across the political spectrum, speak out against anti-Jewish hatred.

‘They should be ashamed of themselves’: Trump lashes out at ‘Jewish leaders’ for ‘lack of loyalty’ to him

Former President Donald Trump hit out at “Jewish leaders” for a “lack of loyalty” to him in a post on Truth Social on Friday morning, saying “they should be ashamed of themselves”.

Posting a link to an article in The Gateway Pundit by Wayne Allyn Root, defending him from the outrage sparked by his dinner at Mar-a-Lago with antisemitic rapper Kanye West and white nationalist Nick Fuentes, Mr Trump thanked the author for lauding his record with Israel.

Trump’s tariffs of 25% on foreign steel and 10% on aluminum outraged America’s long-standing allies, including the European Union and Japan, because he relied on a little-used provision of U.S. trade law to declare their steel and aluminum a threat to U.S. national security.

China and other trading partners challenged the tariffs at the 164-nation WTO.

It’s been three weeks featuring one calamity after another since Donald Trump launched his 2024 campaign with an unremarkable speech before a crowd of fans in the ballroom of Mar-a-Lago.

There have been no campaign events, mounting blame for the GOP midterms performance thanks to his candidate picks, and a shocking dinner with antisemitic rapper Kanye West and white nationalist Nick Fuentes.

On top of that, his legal problems continue to escalate, with his company found guilty of tax fraud, and the investigations into the January 6 Capitol riot and Mar-a-Lago classified documents drawing toward potential criminal charges.

“Everybody had this anticipation he’s going to announce,” former New Jersey governor Chris Christie told ABC’s This Week on Sunday. “Nothing has happened since then except bad things for Donald Trump.”

What does this mean for other 2024 hopefuls? Mark Niquette and Bill Allison write in Bloomberg that the former president is finding himself increasingly isolated from fellow Republicans.

“There’s no question that other candidates smell blood in the water, between Trump getting blamed for the midterm results, a less-than-inspiring announcement, and then a huge display of misjudgment shortly thereafter,” Republican strategist Alex Conant told Bloomberg.

Increasingly, more and more Republicans — such as Mr Christie — are speaking out against the former president and calling on the party to move on from him.

GOP Megadonors have also signaled that they are either moving on or waiting to see the full candidate field.

Nevertheless, Mr Trump remains a driving force amongst the party’s base, though donations have slowed — no thanks to the lack of any meaningful campaign push following the announcement that he is running again.

Ron DeSantis, Mike Pence, Nikki Haley, and others are just biding their time before making their own announcements regarding 2024.