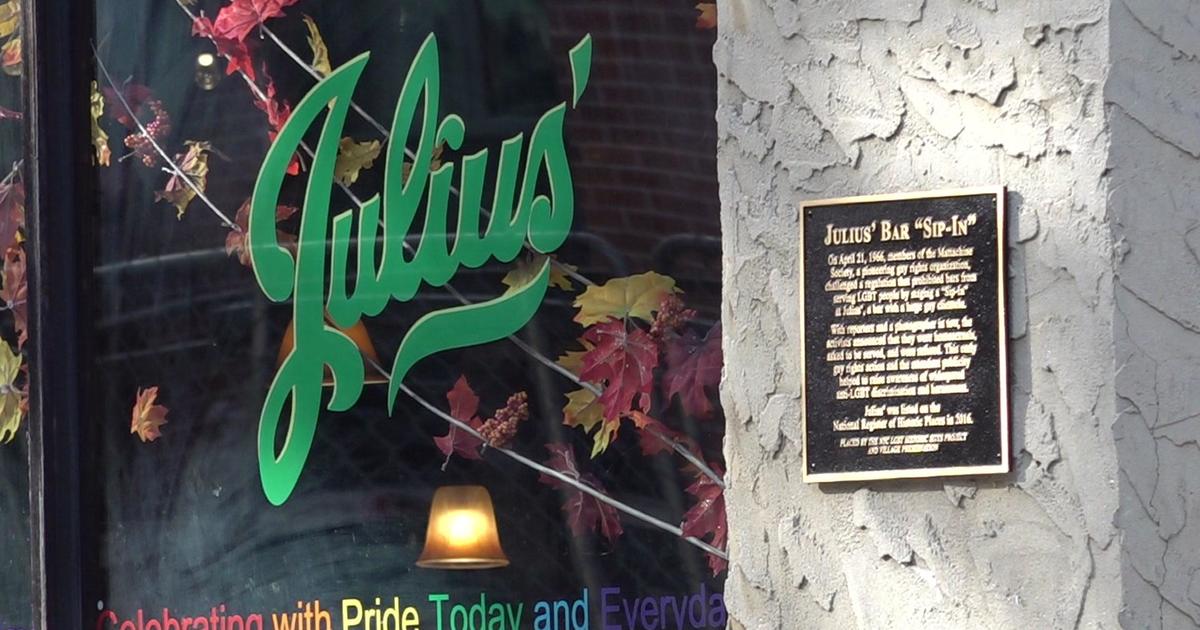 It’s the result of a 10-year campaign.

CBS2’s Dave Carlin delves into the rich history of Julius Bar, with activism that came three years before the riots at the Stonewall Inn.

A dedication ceremony in April unveiled a plaque spelling out the story of Julius Bar at 159 West 10th Street. Now the building dating back to 1825 is a freshly Designated city landmark, immortalizing the events of a fateful night in 1966.

“Three years before Stonewall, a couple of brave individuals got together and said we’re going to challenge the rules, and basically make gay bars – or any place where gay people gather – legal. They came here. They decided, just like they did in the sit in counters in the south, we’re going to sit at a bar. We’re going to say we are gay, we demand to be served a drink. And they came here and they were first refused service, and it ended up resulting in a lawsuit which changed the rules and regulations and helps and  puts in motion the Stonewall Riots and all of the changes of the last 50 or more years,” said Andrew Berman, executive director of Village Preservation.

“When I saw something wrong I would speak up against it,” Wicker said.

He’s now 84. The writer and former lighting store owner remembers how sitting at that counter, confronting discrimination head-on, made him a bolder activist who branched out over the decades.

“The gay movement was my home movie, but I went from there to fight for women’s rights,” Wicker said. “The war in Vietnam, I think, was the most horrible event in my life. That went on forever. I was in the first march against that.”

Buford has owned Julius bar for the past 23 years.

“I made it my mission, as long as I’m here, this bar will be Julius. It would be a gay bar. It will be a safe haven for anyone who wants to come in,” Buford said.

“I am deriving strength from the site, because we need to have the same kind of courage they had,” said City Councilmember Erik Bottcher.

“It is important for us to visit locations like this and remember it’s not that long ago, and we have an obligation and responsibility to say we’re not going backwards, we’re going forward,” Mayor Eric Adams said.

“I love that bar, because it’s a nice place, is the same scale. They haven’t gone all glitzy,” Wicker said.

From civil disobedience in that very different time to a place warm and welcoming to all, with a designation and plaque to be proud of.