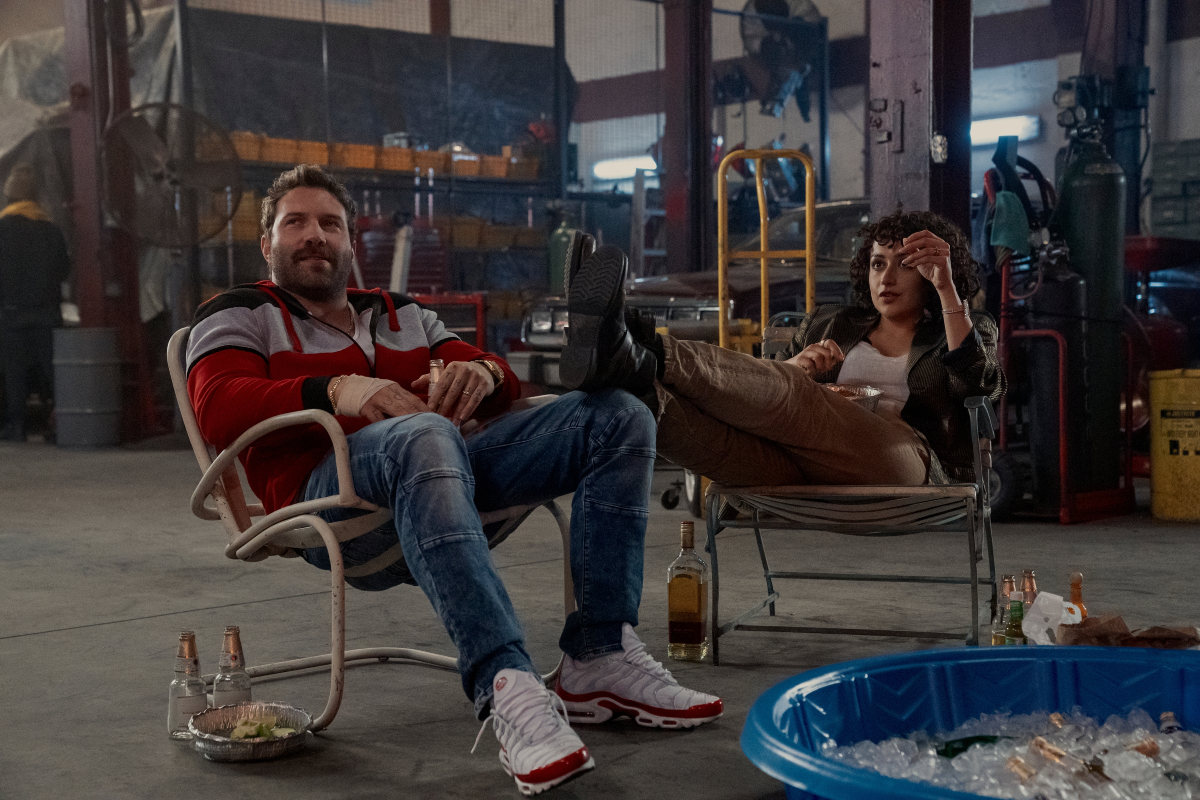 Netflix recently released more details about the upcoming series Kaleidoscope. The heist anthology series offers viewers a unique experience. The episodes don’t need to be viewed in any particular order, but this news has confused some fans. How will the series make sense in the end? One actor from Kaleidoscope recently revealed that viewers have to unlock the final episode.

‘Kaleidoscope’ is a non-linear Netflix series

The new Netflix series Kaleidoscope follows a group of criminals who plan to infiltrate a seemingly unbreakable safe and make off with a massive payday. The story is loosely based on events surrounding Hurricane Sandy when a large sum of money disappeared. The series is also non-linear, meaning that the episodes don’t need to be watched in chronological order.

“Being able to move around and watch different orders gives you a different viewpoint on the characters. There are questions that are going to be asked in one episode that are answered in another episode,” creator Eric Garcia told Tudum. “Similarly, there’ll be answers in an episode that you’re watching that you don’t even know are answers to something until you see the question when you watch another episode.”

Viewers must unlock the final episode of ‘Kaleidoscope’

As news about Kaleidoscope has unfolded, some fans have found themselves confused. It’s, without a doubt, an interesting concept, but how will the show make sense if it’s being viewed out of order? A description of the series shared by Netflix hinted that there is some structure to the way the episodes are supposed to be watched.

“Loosely inspired by the real-life story where seventy billion dollars in bonds went missing in downtown Manhattan during Hurricane Sandy, Kaleidoscope consists of eight episodes spanning from 24 years before the heist to 6 months after,” Netflix wrote.

“Some members may start with certain episodes (like episodes’ Yellow’ or ‘Green’), then move deeper into their own personal viewing order with varying episodes (‘Blue’ or ‘Violet’ or ‘Orange,’ followed by ‘Red’ or ‘Pink’) until the epic ‘White: The Heist’ story finale.”

Max Casella, who plays a character named “Taco” in the series, explained further in an interview with New York Live TV. “You can watch any of the first seven in any order, but you have to watch them all, and then you’ll unlock the finale, which is the heist itself,” the actor stated. “So I’m part of this backstory. I haven’t seen it. I’m not sure exactly where I fit into it.”

So fans will have to watch the finale of Kaleidoscope last. However, even with this structure, the previous episodes could still be confusing. One Reddit user claiming to be a background actor on the series offered more information.

“To clear something up without giving away anything: Every episode has overlap. As you watch more and more episodes, no matter the order, you’ll be like, ‘oh yeah, I saw that scene from a different vantage point in that other episode,’” they wrote.

“The more episodes you watch, the more the entire story comes together. There is a set final episode where all the other episodes come together. It’s a limited series. I don’t have any knowledge that it will continue beyond these episodes.”

Kaleidoscope premieres on January 1, 2023, only on Netflix.

RELATED: ‘Kaleidoscope’: Release Date, Cast, and Everything You Need to Know